Stinque
Home Latest Comments Log in
If it smells, we’re on it.
Stinque
Mastodon: @stinque@mas.to
Kah-lee-fornication, Morning in America 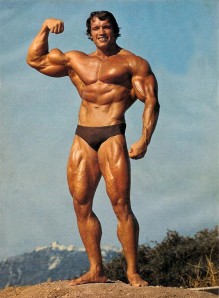 Today’s Sacramento Bee has a very interesting article about a sharp rise in calls to the State Department of Personnel Management asking for grief counseling assistance for state employees dealing with suicides of co-workers.

California government departments  in 2009 made 33 requests for “critical incident stress debriefings,” in which counselors meet with employees traumatized by the suicide of a colleague.

In 2008, the state made 14 such calls. In 2007, when the Department of Personnel Administration began tracking the incidents, government departments made 18 requests for such grief counseling.

The data are drawn from such a relatively small population and over such a brief period that it’s impossible to determine any trends, said mental health experts interviewed by The Bee. Identifying a single cause for the kind of hopelessness that leads to suicide can be next to impossible.

But it’s clear, they said, that the state’s unprecedented labor unrest – on-again, off-again furloughs that cut state worker pay nearly 15 percent, fractured labor relations with Gov. Arnold Schwarzenegger, rising public disdain for civil servants – has increased tension for a group of people who tend to value security and predictability in their work.

The most graphic of recent state employee suicides was an employee of CalTrans who jumped to his death a few months ago from the 15th floor of the agency’s Oakland offices. The Bee crunched the numbers for Sacramento County, cross-referencing coroner’s office reports with the state employee database to find 9 Sacramento-based state employees died by suicide in 2009 and 2010, which based on my reading of the article works out to a rate per 100,000 population higher than the county’s overall rate.

While the causes of suicide are varied, and cannot be blamed solely on any one event or crisis in a person’s life, it should give us all pause to consider how the continual demonization of one group of people, to wit, state employees, plays out in flesh and blood.  I’m looking at you, Meg Whitman.

The drumbeat of verbal abuse and insults from elected officials, candidates, and the general public is topped off with ongoing furloughs, threats of being paid minimum wage, and ever increasing workloads for the employees who still have jobs.  And if it sounds like I’m taking this personally, I admit I am, as I’m married to a state employee who is on furlough today but working 10 hours from home for no pay.

Georgia is not as bad as CA in that regard, but the calls to layoff people in state government and at the universities is high, regardless of the fact that A) you will have to wait longer for your services and B) your children will have to go to school for a lot longer because they can’t get into class sections. Even our Demoncrat mayor of Atlanta wants a good number laid off — irrespective of the fact that the state is a major employer of Atlantans.

We are all nameless robots in the eyes of the masses. We have been lucky not to have been furloughed anymore than we have, but when teachers start getting the ax more than they have, and when workers get even more furloughs, I’ll be drinking more. Probably PBR since that’s cheap.

The solution isn’t higher salaries or more regulations. The solution is getting future State employees to sign a pledge stating that they won’t kill themselves:

See that? America is slowly turning into a Chinese factory dormitory. So you guys tomorrow morning in the courtyard for the pre-work company stretch/exercise routine.

I’ve long since became convinced that the hatred the GOP rank and file show toward teachers reflects what shitty students they were in school and how much they got into trouble for being unserious dipship fuckups. Their anger is not guided by any principle other than the desire to take revenge against a long-ago autority figure.

@Serolf Divad: That, and it’s harder to get people to believe fantastic lies if they’re all book-edumakated.

@rptrcub: Amen, brother, pass me a PBR. The thing that really drives me crazy is when people say to me or Mr. SFL, “Well at least he/you still has/have a job.” Yes, mom, that’s true, and we’re grateful for it. But the “be grateful you have a job” excuse for treating employees like crap (or wringing out pay cuts even when corporate profits are at a high) is bullshit.

As a Fed, I’m largely spared this. However, most of my work for the last couple years has been in cases where we’ve been in partnership with States (California and Hawaii).

I’ve seen the toll that staffing cutbacks and furlough days has taken on the dedicated professionals who are trying to do two or three jobs on 85% pay. Without getting too depressingly specific about it, there seems to be a direct correlation between how committed a worker is and damage done by seeing one’s job turn to shit.

So, does anyone at the Bee think this is NOT the fucking plan?

god. so depressing. what vile creatures we are.

@Walking Still: It’s very weird when a State lawyer tells a judge that he/she can’t make a certain date because that’s their furlough day. Maybe I should be getting used to it.

tj/The lawyer who killed my cousin almost two years ago has been placed on indefinite suspension by the State Bar, per a recent Bar Bulletin I found while cleaning my office.

Even better, my parents have decided to both become teabaggers – despite the fact that both worked pretty much their entire adult lives for government (teacher and prison counselor) and both retired on public pensions. I guess they go to rallies and demand to be forced to eat catfood.

And speaking of public employees, this. To paraphrase Eric Cantor, “I believe everyone should have access to the social safety net, but COME ON!”

@al2o3cr: They should’ve given him the Milton treatment until he quit (or burned down the building).

@al2o3cr: I loaned “1776” by David McCullough to an older friend with tea bag tendencies. Hope I didn’t create a monster. BTW, dude went to Viet Nam so long ago that they weren’t even issuing the M-16 yet except to special forces types.

You can kill someone and not get disbarred?

@Tommmcatt Cannot Be Arsed To Think About Sharon Angle: Yep, in some cases in California, too. But FSM forbid you fuck up the client trust accounts, you are disbarred in a second.

Plus CA allows disbarred attorneys to reapply for membership. You have to really fuck up to be permanently disbarred for life.

@redmanlaw: Is that guy still in prison? I can’t believe it’s already been two years since your cousin was killed. Whatever happened to the state trooper/Richardson bodyguard who was in the passenger seat? I assume he lost his job, did he get criminally charged with anything?

@SanFranLefty: Yep, yep, yep. It’s all about the Benjamins. I can understand being disbarred for commingling of funds, etc., but actually physically harming another human being? That’s A-fucking-O-Kay!

TJ/ I haz teh drunk. And I just made some kickass chicken teriyaki. And my kid is leaving me in four days. And I dropped a dime on the Nettleton fucktards to the MS ACLU, and they responded with the quickness. H/T to Mistress Cynica for turning me on to this issue! Woot! Send their chapter $5.

Anybody wanna play until I pass out?

@SanFranLefty: Funny you ask. That dude just got hired as a sheriff’s deputy by a corrupt county north of here, despite knowing that his cop papers could get yanked in an action by the AG’s office. His lawyer is a former state Democratic Party vice-chair (my former gig) that mid to high level political hacks hire when they are guilty of something. Dude’s most prominent client is now rotting in federal prison.

@JNOV: I admire the attorneys at ACLU-MS more than you can imagine. Them and Southern Poverty Law Center, Southern Environmental Law Center, and Bryan Stevenson’s death penalty/juvenile life without parole outfit in Alabama (ADD: Equal Justice Initiative?). They are in the fucking trenches. God fucking bless them, I tried to do it but I couldn’t survive. It’s the same reason I never gave a dime to my Ess Eff or NYC or DC or El Ay Planned Parenthood affiliates – they had more money than they know what to do with – instead, I’d search out the PP clinics in South Dakota NDN country, Alabama, Nebraska, etc. and send them money. FSM knows they needed it.

@redmanlaw: Wait, wait….are you talking about the drunk driver lawyer or the state trooper there? Either way it’s horrifying.

@SanFranLefty: The cop. The lawyer is in the hole now.

@SanFranLefty: You’re the one that turned me onto the local chapter vs. national org w/r/t donations. I have followed your lead. PP –> straight to Kansas. SPLC, ACLU Miss, etc. I think you should start a Guidestar type of guide for legal non-prof. donations.

There’s also this, via MSNBC. I can’t figure out if the school is attempting their own ham-handed form of what they imagine “affirmative action” to mean, or if it’s specifically designed to make sure that white kids never have to look up to a non-white kid…