Stinque
Home Latest Comments Log in
If it smells, we’re on it.
Stinque
Mastodon: @stinque@mas.to
Parties We Missed 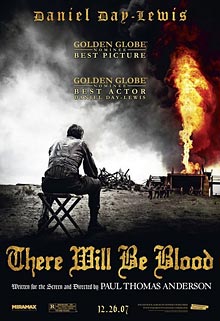 Breaking news from the first state we’ll be giving back to Mexico:

The bloodbath continues along our southern border and now word is coming in that Los Zetas, the highly trained killers formerly with the Gulf Cartel, have crossed into the United States and taken over at least two ranches in the Laredo, Texas area. I am receiving word that the owners of the ranches have evacuated without being harmed.

Founder of the San Diego Minutemen Jeff Schwilk tipped me off to this story and passes along the following information on the location. The ranches are said to be “near Mines Rd. and Minerales Annex Rd about 10 miles NW of I-35”.

Yes, the Border War we’ve been warned about has finally begu—

Publisher’s Note: We are now receiving numerous conflicting reports regarding the veracity of this article. Numerous sources on the web (found via Google search) are picking up on this report, just as we did at The Cypress Times. The original writer for this article stands by his sources. If you wish to inquire about the sources, please visit the original story source URL listed in the article body below. I can tell you that as of now The Cypress Times has been unable to confirm the story. – John G. Winder, Publisher – The Cypress Times.

What? You’re telling us an invasion story sourced to the Sandy Eggo Minutemen may not be true?

My curiosity got the better of me, and so I called the Laredo Police Department, and had a delightful chat with the acting watch commander, Sgt. Perez.

Sgt. Perez informed me that I was her seventh caller about this claim since she came on duty this afternoon…

She also provided me the number of the Webb County Sheriff’s Department. The deputy that answered the phone there was less amused, having also dealt with this rumor multiple times in a short amount of time. She also told me that there was no invasion and no law enforcement siege, and that deputies were continuing normal operations.

Well, darn. Looks like we’ll have to settle for the Comic-Con stabbing. Which didn’t happen either. Although rumors of the victim wearing a “Harry Potter T-shirt soaked in blood” would have tempted the best of us.

I understand why the Minutemen are worried – if I was a drug gangster looking for a place to take over, their houses would be a good first stop. Plenty of guns, guarded by a bunch of limpdicks who’d probably shit their pants and/or faint at the first hint of hostile gunfire.

RE: ComicCon deal – who did the reporter interview? “Not drinking” at a con? That’s like not drinking while fishing! :)

Nojo – saw somewhere that this was being pushed by that idiot, Confederate Yankee … amiright? amending … duh – saw your link, and realized that – yes – the idiocy lives on.

@blogenfreude: Actually, Confederate Yankee shot it down. Give him credit for thinking to use the telephone.

Sorry, I can’t get the comical image of Rosie Perez manning the station desk when the call came in. I think we have the kernel of a really great sitcom on our hands!

Stinque Spoiler Permission Notice: AMC HD remains an ET feed, so we’ll be watching Mad Men tonight at the same moment as everyone else.

And subsequently won’t have to miss Children’s Hospital.

@nojo: The only Barbie I’ve ever liked.

@JNOV: If there’s a Draper Doll, I’m sure it dresses better than I do.

@nojo: I like those flannely PNWers. I’m not down with all the Draper love here. I like Paul, Roger and SAL!

@JNOV: No sale. Doesn’t include the cigarette.

@nojo: Here’s Betty, but she’d look better in the jodhpurs.

@nojo: @JNOV: I subscribe via iTune so won’t get to watch it until tomorrow. It’s a pain, but way cheaper than cable.

@Mistress Cynica: Smart woman. We’re about to lose our cable, but our neighbor lets up piggyback off his wee-fee when our cable goes out, so as long as we have electricity, there’s always Hulu…

Let me tell you about Jeff Schwilk.

For starters, he likes to wear women’s swimsuits.
http://agentjeffschwilk.blogspot.com/

He also enjoys abusing bloggers. And their mothers.
http://truthbrigadelovesronpaul.blogspot.com/2009/02/another-threat-from-jeff-schwilk.html

Many reports are coming in that U.S. Military units are being seen on and near the U.S. Mexican border close to Buenos Aires National Wildlife Refuge and the Tohono D’ O’dham Indian Reservation, and all along the southern side of I-8 between Casa Grande and Gila Bend.
And they are equipped with Stryker armored fighting vehicles.

Arizona Citizen Militia (ACM) spokesman only
known as HammerDown said, “We are going to
hunt the Zetas and destroy them like the vermin that
they are. This won’t be just War, this will be
Extermination.”

The Zetas are total badassess, and not in a good way, according to my friend from the interior of Mexico with first hand knowledge. The militia assholes wouldn’t last 2 minutes if they met real Zetas. *That* would be an awesome episode of “Deadliet Warrior” on Spike.

@redmanlaw: Is a Zeta like a crimelord mercenary? Why aren’t the militias cheering them on as the champions of Free Untaxed Enterprise? If anything, then, they should join them.

@FlyingChainSaw: Pretty much. They took over my friend’s village, take tribute from anyone with land or a business and crush all unaffilliated drug dealing, which is how I think my friend’s brother got in trouble with them and fled to the U.S. My friend was supposed to help sponsor the local fiesta this year. He helped raise money here for it but didn’t go back, although he really misses the old rancho. Every time I pick up the paper and see a cockfighting bust, I cringe and hope he wasn’t there although I think his wife has put her foot down on that kind of stuff. I did give him a spinning rod for his birthday last fall and created a monster. Dude goes fishing all the time now.

@redmanlaw: The Zetas are total badassess, and not in a good way, according to my friend from the interior of Mexico with first hand knowledge. The militia assholes wouldn’t last 2 minutes if they met real Zetas.

That’s exactly why I was suspicious of the initial article: the owners of the ranches were evacuated without being harmed? Chyeah, rite!