Next Time You Attend a Pity Party, Choose a Designated Driver 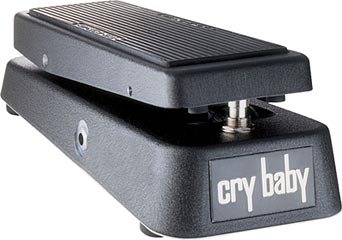 We’re starting to see the wisdom in Orrin Hatch’s plan to put the kibosh on inflating military records:

Gov. Jan Brewer said in a recent interview that her father died fighting Nazis in Germany. In fact, the death of Wilford Drinkwine came 10 years after World War II had ended.

During the war, Drinkwine worked as a civilian supervisor for a naval munitions depot in Hawthorne, Nev. He died of lung disease in 1955 in California.

Brewer made the comment to The Arizona Republic while talking about the criticism she has taken since signing SB 1070, the new immigration law that makes it a state crime to be in the country illegally.

“Knowing that my father died fighting the Nazi regime in Germany, that I lost him when I was 11 because of that… and then to have them call me Hitler’s daughter. It hurts. It’s ugliness beyond anything I’ve ever experienced,” Brewer said in the story, published Tuesday.

Officials with the governor’s administration said her statement should not be taken to mean that she was claiming her father was a soldier in Germany during the Nazi regime.

Paul Senseman, the governor’s spokesman, said Brewer’s father eventually died from the toxic fumes he inhaled while working at the ammunition factory.

It’s a sad enough story on its own terms. Too bad the Guv felt compelled to embellish it.

nojo
4:47 pm • Wednesday • June 2, 2010
comment »
Choose Your Delusion
If You Had Given Us the Money When We Asked, We Wouldn’t Have Been Forced to Beat You Up For It Now We Understand How Carly Ran H-P Into the Ground
24 Comments
redmanlaw

Add an amendment to criminalize disparagement of a veteran’s war record (i.e., Cleland and Fightin’ John Kerry and the Howlin’ Swift Boats) and it’ll die a quick death.

While some would express puzzlement that Gov. Brewer’s father should have died fighting the Nazis in 1955, don’t forget that in late 1945 a group of brilliant Nazi rocket scientists spirited Adolph Hitler and a select group of henchmen as well as a legion of genetically modified Waffen SS Uber-Soldiers to the Nazi’s secret base on the far side of the Moon. Captain Brewer was a dashing U.S. flying saucer pilot who participated in the final bombing mission that finally destroyed the moon base along with the remaining Nazi military hierarchy. Indeed, when Capt. Brewer’s saucer was irreparably damaged by a remote controlled V3 space-missile, he gallantly guided his burning craft straight into the moon base’s radar tower, thus disabling the remaining V3’s and saving many American Space Pilot’s lives.

Brewer is running for state fuhrer governor against Buzz Miller, who owns the Gunsite firearms training center, which is famous in the shooting world. Here’s the Gunsite logo on its webpage: http://www.gunsite.com/

One of their instructors is Yale grad and former businesswoman Il Ling New: http://imgs.sfgate.com/c/pictures/2005/12/12/sp_ling_ph1.jpg

@Serolf Divad: The Nazi UFOs were launched from the secret base in Antatctica, que no?

@Serolf Divad: I was going to mention that. It was featured on io9.com a month or so ago.
/flies geek flag

Wait. Her maiden name was Drinkwine and then she married into the name Brewer? What are the odds?

@SpongeBobtheBuilder: Whoa!. Blast from the past!

@SpongeBobtheBuilder: I’m with you. This is the real story.

Her name was Dinkwine?? And now it’s Brewer????? Next hubby is Alkihol?

And BTW. Wilford Drinkwine is my favorite name ever. I’m thinking of adopting it myself then flying to Happy Morning, Colorado (WTF Is the name of the hole where the fundies live?), throw myself to my knees in the St James’s church, clutch Ted Haggard’s trousers and sob as I unzip his fly with my tongue and mumble “I am Wilford Drinkwine and I am a sinner before our Lord! though not as bad as Catt. Or baked.” And see what kind of revival that provokes. I’m thinking of a gushing of the seed.

Next hubby will be Young Boozer, no doubt.

I have one of these wah pedals. I had to get it because it has a setting called “Shaft.” Can you dig it?

Sheesh – *I’ve* clearly been around manufacturers like Metasonix too long; I assumed that the other settings (besides “Shaft”) might be things like “Nuts”. The actual meaning was much more tame. :)

@mellbell: Well, duh. Where they don’t collect trash or have streetlights on account of the freedom.

@Dodgerblue: I can. Uh huh.

It does make one wonder – isn’t the standard story about surnames that they were based on what somebody way back in the family tree did for a living? “Drinkwine” doesn’t exactly sound like a great ancestor.

Alternatively, one other common origin was apparently newly-arrived immigrants at Ellis Island being asked (despite speaking little / no English) what their last name was. Perhaps somebody’s great-great-something-or-other had the DTs so bad that was all they could manage to say. *Also* not particularly laudable… :)

@al2o3cr: Fulltone makes some very high-quality pedals. I also have a KLON Centaur overdrive pedal, the sweetest I’ve ever heard. And a few tube amps.

@al2o3cr: Will you marry me? I’ll get rid of what’s his name. You sound like fun.

@Benedick: Whoa, hey – who’s in the singles bar now? This is how Al and Tipper finished up, you know….

@Nabisco: Way to complete the circle of alcoholic names.

One more round for our friend, Tipper Drinkwine Brewer.