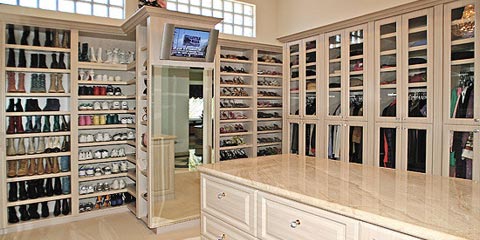 As America discovered Wednesday night, Rand Paul is a principled Libertarian — no matter where those principles take him:

A recent Daily News editorial supported the Federal Fair Housing Act. At first glance, who could object to preventing discrimination in housing? Most citizens would agree that it is wrong to deny taxpayer-financed, “public” housing to anyone based on the color of their skin or the number of children in the household.

But the Daily News ignores, as does the Fair Housing Act, the distinction between private and public property. Should it be prohibited for public, taxpayer-financed institutions such as schools to reject someone based on an individual’s beliefs or attributes? Most certainly. Should it be prohibited for private entities such as a church, bed and breakfast or retirement neighborhood that doesn’t want noisy children? Absolutely not.

Decisions concerning private property and associations should in a free society be unhindered. As a consequence, some associations will discriminate…

A free society will abide unofficial, private discrimination — even when that means allowing hate-filled groups to exclude people based on the color of their skin.

So Mr. Paul wrote on May 30, 2002 — a letter to the Bowling Green Daily News. If you’ve never met a Libertarian in the wild, that’s exactly what they sound like.

On the other hand, the Libertarians we’ve met don’t exactly sound like this: 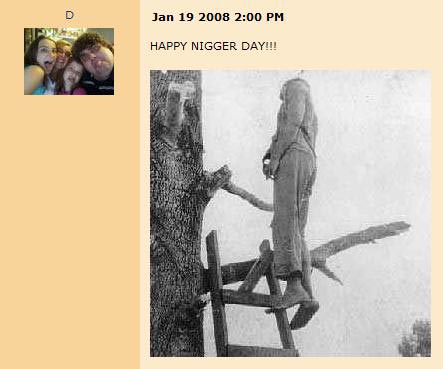 That would be a comment left standing for almost two years on Chris Hightower’s MySpace page. And who is Chris Hightower? Well, he used to be Rand Paul’s campaign spokesdeathmetalhead. Until December. When someone noticed that he doesn’t keep that MySpace page very tidy.

Rand Paul Made Same Racial Comments in 2002 [Page One Kentucky, via Political Wire]

nojo
4:47 pm • Thursday • May 20, 2010
comment »
Choose Your Delusion
Ben Nelson Joins the Oligarchs Club Can’t We All Just Get Along Without My Past?
29 Comments
Capt Howdy

this is going to be interesting.

We need better looking politicians. If I have to hear about what they think about shit and stuff I want something pretty to look at.

I know where you all think I’m going with this. But I’m not. That’s between me and the wrestling mat.

I think Rand is sort of cute. I could see a hate fuck.

Not today, darling, I just ate.

@Capt Howdy: I want PRETTY. If they’re going to talk crap I want something to look at. They can do pressers in the congressional gym. Anything.

@Benedick: Say hello to Rand’s opponent, Jack Conway. I met him eight years ago, and he’s quite charming in person.

I would hit that

Shorter Paul: Rich white people have more rights than anyone else.

@mellbell: I don’t care about charming. I want pretty.

I, for one, simply do not care for blondes.

@Tommmcat Still Gets Carly Confused With Meg: Funny you should say that. I don’t either, really, but I’m dating one, so…

Every once in a while it’s good to sneak in a wild card. You never know.

he show up at about 1 minute but the best scene is about 2.30

@mellbell: @Benedick: He’s political pretty, for sure. After all, you’re not going to see this kind of pretty running for office.

He looks like he’d be cast as the nice-guy dad who has no idea that Eva Longoria is upstairs with the poolboy.

just to show I am equal opportunity on EDMD

@mellbell: Conway’s too hairy for our TommCatt – just look at all the hair on the back of his left hand.

@SanFranLefty:
this is why god made razors

@SanFranLefty: It’s not hair until you can braid it.

Oh, great. Do I have to stand in defense of my goofball metal brethren now as well as dumbass gun owners?

Son of RML is getting hassled by The Man at school because his 7th grade geography project on the Netherlands dared to include the phrase “red light.” Also, his weird little partner, whose family gathers mushrooms in the mountains, mentioned mushrooms in a fake ad for their video project. Looks like the lazy volleyball coach/history and geography teacher may have overreacted. It’s actually kind of amusing.

@mellbell: There is no pleasing some people.

@redmanlaw: He could have euphemized it as the ‘Pestorking District’.

@FlyingChainSaw: Has a nice Eastern European sound to it.

@redmanlaw: This is crazy news out of your state.

@SanFranLefty: Can the bubonic plague outbreak be far behind?