Stinque
Home Latest Comments Log in
If it smells, we’re on it.
Stinque
Assholes, they do vex us.
Ask a Pornographer 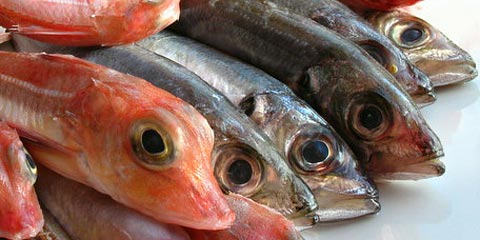 Our guest columnist is California State Senator Leland Yee, writing in the form of a press release. Asterisks have been replaced in the interest of full transparency.

The controversy surrounding an upcoming Sarah Palin event at California State University Stanislaus and calls for greater transparency from Senator Leland Yee (D-San Francisco) has spurred several racist and homophobic phone calls to Yee’s office and even a fax threatening the Senator’s life.

An expletive-laden fax received yesterday in the Senator’s San Francisco and Sacramento offices says, “To: JoBama Rectum Sniffer Fish Head Leland Yee” and then in all capital letters, “WERE YOU TO EXTRACT YOUR HEAD FROM TREASONOUS MARXIST NIGGER HUSSEIN OBAMA’S RECTUM, YOUR BRAIN WOULD STILL FUNCTION AT ITS PRESENT MUCH DIMINISHED LEVEL BUT AT LEAST THE NIGGER SHIT SMELL WOULD EVENTUALLY DISSIPATE.”

The fax, which included a graphic of an American flag adorned pickup truck dragging a noose, also states “FIGHTING The Marxist Nigger Thug Hussein Obama” and “Safeguard the Constitution, Death of all Domestic Marxists!”

Another fax received by the Senator’s office with a similar graphic says, “NEW WEBSITE COMING SOON: lyeesucksobamasniggerass.com,” as well as “JoBama. HE IS BRAVE ENOUGH TO KILL OUR UNBORN, JUST NOT BRAVE ENOUGH TO CALL OUR ENEMIES WHAT THEY ARE: Muslim Terrorists!” The fax also includes a rifle scope targeting a shirt with the communist hammer and sickle symbol.

One of the phone messages left after hours in Yee’s office voicemail says, “You know, I heard that Senator Yee wants to nix Sarah Palin from speaking at Stanislaus State… Maybe we ought to have a homosexual with a long enough dick to where he can stick it up his ass and fuck himself while he is on stage giving a speech. That would be acceptable to Leland Yee. So, good thing you run in San Francisco ’cause you’d never make it anywhere else.”

These and other messages have been forward to the Senate Sergeant-at-Arms to investigate.

“It is quite disturbing that such racist and homophobic sentiment still exists in our country,” said Yee. “It is unfortunate acts like these that demonstrate why we must continue to be vigilant against hate and intolerance.”

The hate messages come after Yee has demanded greater transparency of the CSU Stanislaus administration regarding an upcoming visit from the former Alaska governor. After the university claimed they had no documents or correspondence pertaining to the Palin visit, students testified that they found pages 4 through 9 of the Palin contract in the administration’s dumpster, which show her visit requirements include a hotel suite, first class airfare or a private Lear jet, pre-screened questions, and “bendable straws.”

The Attorney General has since launched a formal investigation and Californians Aware has filed a lawsuit.

Obviously not any students from CSUS (unless those of you who are Cali locals know better.)

I thought this level of hatred for questioning school policy usually involves investigating the school’s teams for various NCAA offenses.

jesus
this stuff really has stopped being funny hasnt it?
it seems to get more noxious every day.

what would we do without Texas?
protecting the sanctity of divorce:

DALLAS — A Texas state appeals court is scheduled to hear arguments Wednesday in the case of a gay couple in Dallas that was granted a divorce even though the state doesn’t recognize same-sex marriage.

Texas Attorney General Greg Abbott is appealing the lower court judge’s ruling on the grounds that protecting the “traditional definition of marriage” means doing the same for divorce.

I agree. I miss the clever, erudite racist homophobes of earlier this year. It makes one yearn for Jessie Helms, doesn’t it?

Wow. Talk about a sentence you never thought you’d type…

@Tommmcatt Loves The Giant Floating Head:
no shit
at least Jessie had the good sense to not put his most revolting thoughts down in black and white.

@Tommmcatt Loves The Giant Floating Head: Would it sound better if Ian McShane read it aloud?

I was thinking Ian McKellan, but that works too.

@Tommmcatt Loves The Giant Floating Head: Very good actor in his day. And a great beauty when young. If you like the dark Heathcliffy type.

Since I missed one to three I’ll most likely miss four two.

@Tommmcatt Loves The Giant Floating Head:
Pirates story (sorry if you have heard this before, I am old):
when I was at Disney (1998?) when they still did the Gong show – do they still do that? what that is btw is a chance for everyone who worked for feature animation to get an idea made into a movie. you get one minute to pitch your idea to some important people. the prize being 5 grand (I think) if you idea is used. and a surprising number have been over the years.
anyway
a good buddy came up with an idea and put a little presentation together.
everyone thought it was the dumbest idea ever. we laughed and laughed.
he had the idea to make a film based on two Disney theme park rides.
the Haunted Mansion and the Pirates of the Caribbean. what a silly idea we all thought. we kidded him about making a movie based on the teacup ride.
anyway, again
he presented his idea. then left Disney. about a year later someone still at Disney was talking to him and congratulated him. ‘what do you mean’ he said
they are doing your idea. they are making films based on those two rides.
Michael, being a typical anal techie, still had all his documentation and took them to court.
they settled. we have never been told how much money Michael got, that was part of the deal, but he has not had a regular job since.

I just love telling that story.

Mr. ‘Catt talks about the gong show all the time, but alas, they don’t do it anymore.

I wish I could get something on that fucking mouse.

@Tommmcatt Loves The Giant Floating Head:
I wonder if the Michael experience had anything to do with discontinuing it

it cost them plenty. and even more, they lost.
which they rarely do I guess.

@Capt Howdy: Oh, that Gong Show. You had me excited for a moment.

One wonders whether any of the writers ended up with early Letterman.

@Capt Howdy: I heard that Mario Puzo (pause while stinquers try to place the name. And.. two three. Yes, him) Went to pitch an idea. He had one word. Monopoly. They paid him a million dollars for an advance.

@Benedick: Pause? Paperback covers flash before my eyes on sight.

@nojo:
seen Confessions of a Dangerous Mind?
awsum
particularly if you, like me, grew up with that show. it was my very favorite show on tv when it was on.

@ManchuCandidate: I don’t know whether it was his, but the best joke in the movie was Clark Kent heading for a phone booth, and discovering it was one of the new open-air models.

@Capt Howdy: Yup. And yup to the timing of the show and its influence on my sense of humor.

Confessions also performed a cultural service, unearthing the legendary “Up the Butt” clip.

@nojo:
it really was the funniest thing on tv at the time. maybe ever.

Greatest TeeVee Lawyer of All Time.

“Because, as you know, we’re going to be playing the race card.”

OMGOMGOMG! Glee is tonight you guys!

Vote now on which piece of homophobic hate mail sent to Leland Yee was the best.

I have to say I’m impressed with the spelling and grammar in the first (all caps) fax. Far above average. But can someone explain “Jobama” to me? I don’t get it.

@Mistress Cynica: I think it means Joe Biden is black now…? And/or a Marxist? (What happened to the relatively benign if still inaccurate Socialist slur?)

Despite his long history of kowtowing to the kredit kard kompanies?