At Last We Can All Agree On Something 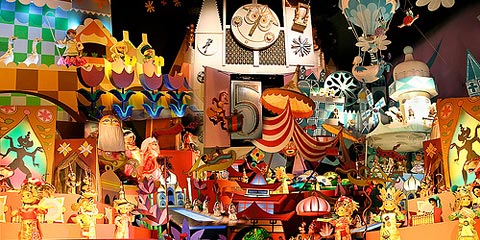 “Many women who do not dress modestly… lead young men astray, corrupt their chastity and spread adultery in society, which (consequently) increases earthquakes,” Hojatoleslam Kazem Sedighi was quoted as saying by Iranian media. Sedighi is Tehran’s acting Friday prayer leader.

Aside from the fact that earthquakes precede humanity by some 4.53 billion years, that makes perfect sense.

At least he didn’t blame the Jews.

Well, okay, I know one guy, but that’s his cover for being lousy/sooo awkward around women and his refusal to grow up.

Damn the infidel scientists and their bogus “explanations” based on the Satanic lies promulgated under the name of “plate tectonics.” It’s the hussies, I tell you!

@Capt Howdy: I thought you meant dandelions and poison ivy and got all excited – I’ve just come in from mowing down plenty of both. But no, it’s those Franch cigarettes.

BTW. 4/20. What is the special significance?

@Benedick:
Hey, I’d celebrate nation lawn weed day. It’s the only things that are green on my lawn during a hot dry summer (we get those, too, thanks in large part to pollution from the US America Mid West.)

@Capt Howdy:
and i knew you meant cannabis and got all excited.
happy weed day c’tain!!!!!!

yes, the fuck me pumps i wore saturday night are causing a shift in the teutonic plates. i’m so so sorry everyone.

@baked: That’s OK. I took out the Trade Center.

I think this is very good. Chairman ‘impeached’ (bitch, please. You’re in college, for fuck’s sake) for being a homo using party funds to buy polo shirts. I just hope they weren’t those large trademark abominations. Leave us some illusions.

TJ/ Vitter is on C-Span right now talking about the all-powerful super bureocracy that the financial reform bill would create.

That’s a direct quote. Welcome to your new meme.

@Benedick: That was Cubbie. Wasn’t Hurricane Katrina yours, though?

The term originated from a group of teenagers at San Rafael High School in San Rafael, California, United States in 1971.[3][4] The teens would meet after school at 4:20 p.m. to smoke marijuana at the Louis Pasteur statue.

@baked: I’m glad to see we’re finally getting some credit. It’s so frustrating how the gheyz grab all the blame for everything.

@Tommmcatt Loves The Giant Floating Head: I can’t even keep my disasters str8.

Speaking of the gheyz, I updated the Harold and Clay post with an excerpt from the complaint and a picture of the couple.

everyone can relax. the SC has declared selling videos of dog fighting as protected free speech. excuse me while I go vomit.

Congress enacted 18 U. S. C. §48 to criminalize the commercial creation, sale, or possession of certain depictions of animal cruelty. The statute addresses only portrayals of harmful acts, not the underlying conduct. It applies to any visual or auditory depiction “in which a living animal is intentionally maimed, mutilated, tortured, wounded, or killed,” if that conduct violates federal or state law where “the creation, sale, or possession takes place,” §48(c)(1). Another clause exempts depictions with “serious religious, political, scientific, educational, journalistic, historical, or artistic value.” §48(b). The legislative background of §48 focused primarily on “crush videos,” which feature the torture and killing of helpless animals and are said to appeal to persons with a specific sexual fetish. Respondent Stevens was indicted under §48 for selling videos depicting dogfighting. He moved to dismiss, arguing that §48 is facially invalid under the First Amendment. The District Court denied his motion, and Stevens was convicted. The Third Circuit vacated the conviction and declared §48 facially unconstitutional as a content-based regulation of protected speech.

Held: Section §48 is substantially overbroad, and therefore invalid under the First Amendment.

Scratch a fundamentalist, and you’ll find a sex-obsessed authoritarian.

Oh, and according to a Mexican Bishop, the kiddie diddling by priests is due to sex on the internets…

@Promnight:
scratch me and I’ll scratch yer eyes out

@Capt Howdy: @Benedick:
you took the vomit right out of my mouth.

@Mistress Cynica:
but of course darling. the double standard is standard.
we infidel whores can’t even get equal respect for god’s wrath.

@baked: On or about midnight Eastern, your long wait in the wilderness will end.

/tiredly checking in with eyes at half-mast

An FB friend blamed the cleric’s statement on all men and the oppressive system that males have set up – patriarchy, that’s it. I had to put the hide on her stuff. I didn’t do nothin to nobody.

/off to lie down after mediation down in the Big City. We knocked the bad guys’ demand down by a third, but they still should have gotten $0.

Dogfighting videos are protected speech? Jeeziz fucking hell. I should have bought Sapphire at the gas station.

Get some rest. You need it for the hunt. The turkeys, they mock you.

I’ll be back later after the gym with the story of my encounter with a poacher on Sunday.

Speaking from personal experience, it definitely is the women, those temptresses with their short skirts and flagrantly painted lips, who entice me so shamefully.

I find I must retreat to my monastic cell, sometimes more than once daily, to rid myself of their libidinous images, by grasping my rod until it becomes firm whilst thinking about most unappealing images of muscular masculine flesh. It really is a hardship and I condemn you, WOMEN, for driving me to such insatiable heights of lust and sinfulness.