Stinque
Home Latest Comments Log in
If it smells, we’re on it.
Stinque
Assholes, they do vex us.
Big Shitpile 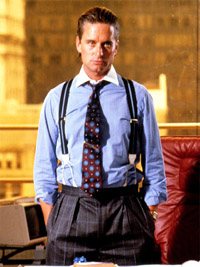 A used car salesman can’t get away with selling you a car that he secretly knows will fail just a few miles down the road, so why should your investment adviser be able to peddle stocks that he’s secretly betting will fail?

And yet this, according the New York Times is exactly what investment firm Goldman Sachs was doing to its clients at the height of the mortgage bubble. And it wasn’t just a case of an investment firm selling different types of securities that might, in some cases, have been at cross purposes. According to Federal investigators, Goldman set up many of its investors to fail precisely so the firm could profit:

Goldman let Mr. Paulson select mortgage bonds that he wanted to bet against — the ones he believed were most likely to lose value — and packaged those bonds into Abacus 2007-AC1, according to the S.E.C. complaint. Goldman then sold the Abacus deal to investors like foreign banks, pension funds, insurance companies and other hedge funds.

But the deck was stacked against the Abacus investors, the complaint contends, because the investment was filled with bonds chosen by Mr. Paulson as likely to default. Goldman told investors in Abacus marketing materials reviewed by The Times that the bonds would be chosen by an independent manager.

There was a time when Americans made money building things that other people wanted to buy. Now, it would seem, some of our most powerful and successful firms have been making their money with what amounts to little more than a series of sophisticated pump & dump schemes. It’s time for this to stop. Remember Andersen Consulting? If these allegations prove true, then Goldman could well share a similar fate. One can only hope.

tj/ I fought the law and saved my client about $200k. That’s about all I can say about it, but it’s pretty cool to fight The Man and make them slink off licking their wounds. I was looking forward to beating them to deth at trial, but writing the settlement terms feels pretty good, too.

“Goldman could well share a similar fate.” Oh, please, oh, pretty please, and I think it would be only fitting if Mr. Paulson spent some time in a penitentiary. Better yet, in stocks on the Mall for a couple of hours every day.

Not the MSNBC ad is touting penny stocks. Heh.

If only financial trials were a circus like the OJ trials.
“If I Did it: Confessions of a bond salesman”

The Smartest Guys in the Room

It is as if the car dealer was selling you a car that he had a financial interest in seeing burst into flames.

And after shaking your hand and watching you get in, he lit the rag stuffed into the fill pipe before you pulled out of the lot.

So apparently, if the ball goes into the vines in Wrigley’s outfield, the outfielder has to leave it there and put his arms out to make sure the runner is held to a double.

Also, my boy Cusack is sporting a double chin and a big coat today. Sadface,

TJ: The feds are on a roll today. Blackwater officials indicted on weapons charges

There’s a new sheriff in town, for sure.

@flippin eck: I know, I should have waited for someone else to say it. Think of it as a nice little set bump to the front line of the volleyball team.

@SanFranLefty:
Well, Headly Lamarr will not be pleased.