Stinque
Home Latest Comments Log in
If it smells, we’re on it.
Stinque
Lovely day for a Perp Walk.
A Special Place In Hell

We Don’t Need Another Hero 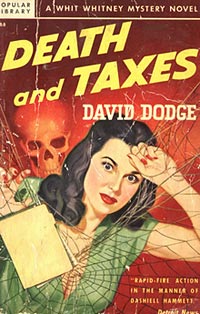 “His last actions, the suicide, the catastrophe that caused injuries and death, that was wrong,” Samantha Bell, Stack’s daughter from his first marriage, told “Good Morning America” in a morning television exclusive telephone interview that aired today. “But if nobody comes out and speaks up on behalf of injustice, then nothing will ever be accomplished. But I do not agree with his last action with what he did. But I do agree about the government.”

When “Good Morning America” asked if she considered her father a “hero,” Bell, 38, said, “Yes, because now maybe people will listen.”

Samantha Bell, after the coffee kicked in:

Bell later called “Good Morning America” to retract her statement and say unequivocally that her father was “not a hero.”

“I don’t want to hurt anybody,” Bell said. “We are mourning for Vernon Hunter.”

Folks, we’re more than willing to go along with the Disturbed Loner story. Soon as the teabaggers quit adopting Joe Stack as one of their own.

So using this logic the teabaggers now must think the September 11 hijackers were also heroes. I believe there were government offices in the WTC and the Pentagon. Bill Maher was right all along!

I love the way you can twist things when people are this scatterbrained.

man
I would love to hear the phone calls that prompted that little turn around.

Gah, thanks a lot for the earworm, Nojo.

Olympics Update: US American wimminz hockey 8-1 over Sveeden in the 3rd.

@SanFranLefty: Thought it would be an improvement over the Ronettes.

@Capt Howdy: I am sooooo ignoring HCR bullshit right now, although I’m probably stuck doing something with the Circus Summit on Thursday. They can say all they want, but I really need to see some action before trusting them on the matter.

Haha, what a cocktease Hopey is. These are the Democrats we are talking about here!

Wow, they’re paying part-time Census workers $22/hr here in Ess Eff. I think I will be applying ASAP for an evening job.

Those ads always make me think of fava beans and Tuscan wine for some reason…..

@nojo:
the stuff I am hearing lately is encouraging. sall Im sayin.

via atrios
you cant make this stuff up:

Longtime readers know I’m only somewhat tongue-in-cheek partial to the Grand Iranian Conspiracy of why we invaded Iraq. Essentially Iranian intelligence set up Chalabi and the INC to con gullible American lawmakers and Fred Hiatt’s crayon scribblers into destroying and then handing over their troublesome neighbor. And now apparently, years later, we have to stay in Iraq to prevent Chalabi and Iran from taking over.

Today’s Orly Taitz craziness: She appeals to the UN to protect her from Barack Hussein Obama.

@Capt Howdy: That’s certainly fair — those encouraging signals are deliberately intended. And I’ll certainly be willing to eat a lot of words if they pull this out of a hat.

It still remains that the Senate Bill (warts and all) could be passed and signed in a day, with a tidy-up resolution bill to follow (or not). It also remains that nothing could happen because Demrats lack the political courage to make it happen.

If this week’s circus is designed to provide political cover for what the Demrats are fully within their power to do right now, fine. But I’m not wasting hope on it until it happens.

@nojo:
I think this thing with the republicans is more than cover. I think he is going to try to show the country that the republicans are not in the game in spite of what they say before the go ahead and do what they should have done long ago.

I’m really hoping the meeting works out like the end of this, with McConnell and and Boner taking the role of the two “bartenders”.

@Capt Howdy: Again, that’s a fair summation, and certainly the angle they’re pitching. I’m just not in a mood to take them at their word right now — Lucy has yanked away too many footballs.

That was the joke, sweetheart.

Fuck. Now I’m gonna have to read it or something. I’m willing to get screwed for the good of the Republic, but goddam be gentle about it.

@Capt Howdy: This has been screamingly obvious for years, Iran loved that we took out their enemies, the Bathists, and they have been shit-stirring the ethnic tensions in Iraq between the Shiites and the other side ever since we invaded. Bush got so played, Bush and Cheney, it must always be remembered, are not just evil warmongering genocidal shitbags, they are also screamingly, hopelessly, incompetent fucktards. Israel used them, Chalabi used them, Karzai used them, the Pakistanis used them. They are not just evil , they are fucking retards.

@JNOV: How would you feel about a Pinto?