Stinque
Home Latest Comments Log in
If it smells, we’re on it.
Stinque
Lovely day for a Perp Walk.
A Special Place In Hell

Dick Cheney Dying! Satan Cackles in Delight at Prospect of His Greatest Student Coming to Join Him in Hell! 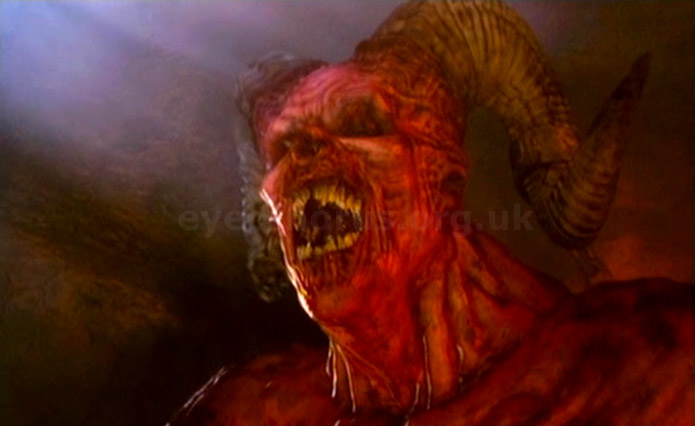 The monster of depthless evil known as Dick Cheney is apparently hanging grimly onto life at a Washington hospital, hoping and praying to his Master in Hell to live to lead America to more wars, devastating bankruptcy and further debauchery of its ideals, and finally deliver her once and for all to his Master.

When the news hit, the neocon crowd swooned, fearing its best candidate for the 2012 White House run was on the ropes. But Stinque correspondents everywhere reported hearing a distinct and bellowing laughter wafting up from deep beneath their feet. Resonant, full and crunching with the crusted mucus of blood and bile and an eternity of hate and rage.

Could it be, the dark one was calling Dick home? Stinque picked up the phone and chased down the story.

Stinque: So,  you heard the good news?

Satan: This is an epic event, worthless dog. Show reverence for this man’s achievements, or I’ll lay your soul to waste!

Satan: There you go, bucko. Hey, hey, fucking Adolf, the fucking poinsettias, they’re too close together.

Satan: Yes, Hitler is my gardener. Pol pot is my chef.  Idi Amin in my driver. Attila the Hun is my tailor.

Satan: The invasion of Iraq! The millions of senseless deaths! The war privateering! The looting of the treasuries!  Treasonous betrayal of his own intelligence service! His love of torture and insatiable thirst for suffering. Oh, he makes me weep, as I never could have hoped for a student such as Dick.

Stinque: Has he accepted the ring?

Satan: A long time ago, when he went to work for Nixon.

Stinque: You had a lot of action with that crowd.

Satan: The depths of insensate hate that Dick could reach, just thinking about it makes me harder and the barbed wire tickler condom I have on for him pinches. Ha! Hahaha! Hahahahahahahaha!

Stinque: I thought you said you liked Dick. What’s with the asshole-shredding sex toy?

Satan: Fool. There can only be one king of hate and evil! Every hour in my care, he’ll be reminded of that.

Satan: Away with you fool and send my best regards and biggest kisses to my favorite student.

Satan: Tell him to hurry.

Chainsaw, don’t take this the wrong way, but I think I love you.

Oh dear fucking Spaghetti Monster on a stick, this Gawker commenter came up with the best idea ever.

Oh My Fucking Gawd
Do Not Tease; Satan Awaits
His Bitch Dick Cheney

@SanFranLefty: Is he getting free Commie health care? Will they tear out a young boy’s heart and slap it into Dick?

@SanFranLefty:
I won’t post it on Gawker (I can do Haikus…), but my personal favorite Dick Cheney Song Parody:

The floor is so warm from the leaping flames of hell that it feels like we have radiant heating. (We don’t but I wish we did.)

@redmanlaw: No need for wool socks or slippers tonight.

FCS. You can grow poinsettias in hell? I did not know that.

@Benedick: I’m sure it’s the perfect climate for orchids, too.