Stinque
Home Latest Comments Log in
If it smells, we’re on it.
Stinque
Assholes, they do vex us.
Stinque Book Club 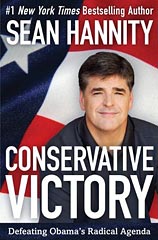 Blurb: “Barack Obama and his radical team of self-professed socialists, fringe activists, and others are trying to remake the American way of life. They have used their new Democratic majority to launch an alarming assault on our capitalist system — while abandoning the war on terror, undermining our national security, and weakening our position in the eyes of our enemies. The ‘candidate of change’ is threatening to change our country irreparably, and for the worse — if we don’t act to stop him now.”

Review: “Either you’re not paying attention or you’re also a liberal statist.”

Footnote: Obama seems to be defeating Obama’s Radical Agenda just fine. Get back to us when he does something that reflects why we elected him.

Gee, why don’t you run for office Sean?

Much like everything else in his life, Insanity is more than happy to play cheer”lead’er than actually do any of the real heavy lifting.

Wow, if sending 30k more troops to Afghanistan is “abandoning the war on terror”, then Hannity must have *hated* when Shrub reduced troops there to further the Iraq war… :)