It’s Never Too Soon for CPAC 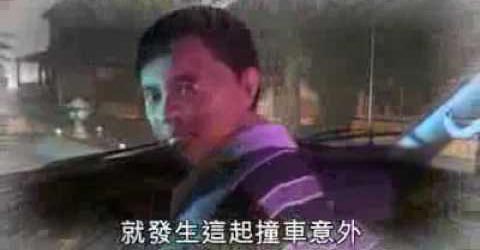 Tim Pawlenty, second-string veep contender to Sarah Palin, shows that maybe John McCain made a better choice than we thought:

“She said, I’ve had enough,” Pawlenty said. “We should take a page out of her playbook and take a 9-iron and smash the window out of big government.”

Some might take “smash the window” as a poor choice of words (never mind the entire example) the day after the Austin crash. Although Human Events editor Jed Babbin, introducing Grover Norquist at CPAC, didn’t bother dancing around the subject:

“And let me just say, I’m really happy to see Grover today,” said Babbin. “He was getting a little testy in the past couple of weeks. And I was just really, really glad that it was not him identified as flying that airplane into the IRS building.”

We’re surprised nobody’s reached for an airline-food joke yet, but it’s still early.

Babbin Jokes About Norquist: I’m Glad He Didn’t Fly That Plane Into An IRS Building [TPM]

Yes there are GOP goons out there who are crazier than Sarah Palin. No, that doesn’t make me feel any better about… well…. anything.

How much longer before some teabaggers figure out that you don’t need to steal an airplane to blow up a building? I anticipate the first teabagger suicide bombers showing up any day now. When that happens I think Osama bin Laden can safely appear on Larry King to claim he has officially won the war on terror.

As long as they do the suicide part first, I’m cool with it.

At least one Dem isn’t going down without a fight:

Frank Lautenberg, the 86-year-old senator from New Jersey, has been diagnosed with treatable stomach cancer and will begin chemotherapy today. Lautenberg’s chief aide announced that Lautenberg will finish out his current term—his fifth in the Senate—and that he still plans to run for reelection in 2014. “We expect a full and complete recovery for Senator Lautenberg,” Lautenberg’s oncologist said in a statement. “The senator will be treated with chemotherapy administered approximately every three weeks. We anticipate that he will receive between six and eight treatments, and in between treatments, the senator is expected to be back at work in the Senate.” Questions arose about Lautenberg’s health after he was hospitalized on Monday.

@IanJ: I’m too lazy to google Norquist’s age, but could it be he had hippy parents who named him after the lovable Sesame Street furry? I’d like to think so, anyway.