And yes, I have to post the obligatory Stormy photo: 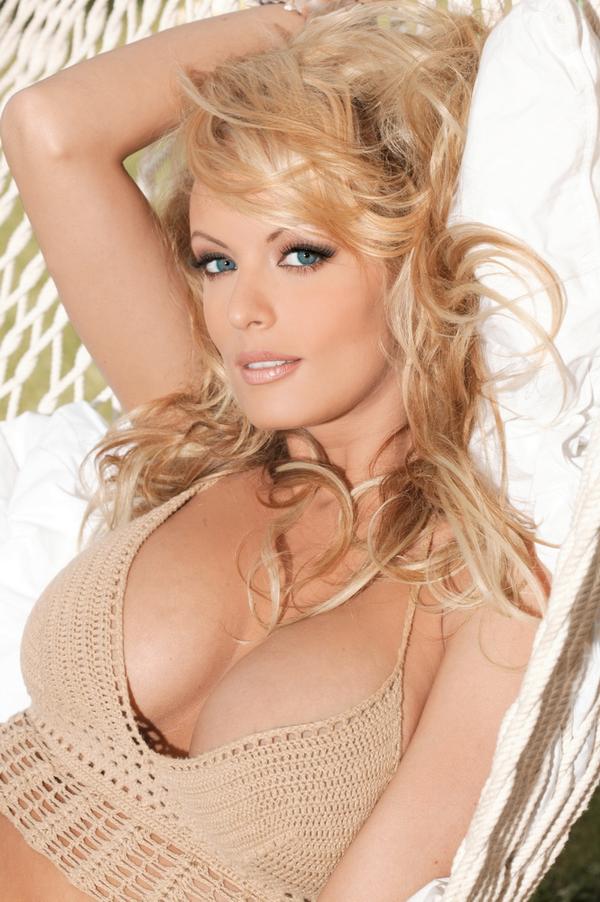 When Vitter’s scandal broke in 2007, some left his political career for dead. Two years later, his re-election campaign is humming along. He has racked up more than $3 million in his campaign treasury. Christian conservative leaders have come to his defense. The head of Louisiana’s Republican party says Vitter deserves another term representing the state, and Vitter has yet to draw a strong GOP opponent as some had predicted.

Vitter’s critics appear eager to exploit the matter in part because Vitter has yet to acknowledge whether laws were broken or fully account for what happened when his phone number turned up among records of a Washington area escort service authorities said was a front for prostitution.

Democratic Senatorial Campaign Committee spokesman Eric Schultz said Vitter “will have lots to answer throughout this campaign, including … his transgression.” Melancon spokesman Bradley Beychok added that Vitter “has a long history of not practicing what he preaches and whatever opponent emerges is going to play that out in a lot of ways.”

Vitter, meanwhile, has continued deflecting questions on the matter after a brief statement of apology for a “serious sin.” He said in a television interview recently that he and his family are prepared to deal with it in the campaign.

I want him defeated and thrown into prison for … whatever he did. What a fucking prick.

Demrats resign out of shame.

In the GOP, get caught shitting in a diaper with a hooker and they crown you king.

@ManchuCandidate: They should be beating him like a rented mule – using that ad where he pretended to be Mr. Family Values … instead, they play dead.

@blogenfreude:
Yeah, but hypocrisy runs deep in the GOP.

I’m pretty sure that Vitter probably told the Fundies and their minions, “Let he who hasn’t shit in their diaper at the whorehouse, throw the first stone” and they stopped.

@ManchuCandidate: True – as long as you vote against the interests of your constituents, you’re gold.

The notion that a Republican will be held to account for his sexual indiscretions is laughable… even if what he did was illegal. The GOP uses sex and religion as weapons. They don’t actually believe any of the bullshit they spout. So why would they care if one of their own is a whoremonger. His biggest sin is getting caught, and that’s a mere temporary inconvenience.

Come back Elliot. We miss you.

BTW. Weren’t Vitter a Rhodes scholar to do all the book larnin with em dadgum Limeys?

Oh and plus, Stormy, darling, easy on the Photoshop. I see dodge tool on the bolt-ons.

@ManchuCandidate: The reason he is running again with tacit GOP endorsement is the fact that they have a tape of him taking it up the ass from a donkey. They know Vitter will vote for making seniors into soap and nuking most of the world. The GOP since 1988 operates exactly like the CIA.

Ah, Stormy. Now there are good and proper reasons for my extreme vagueness, involving incredibly intense license investigations that involve google searches and questionnaires about internet activity, so pardon my, well, vagueness, but Mrs. Prom works for, if that is the word at her level, a company that actually makes things, which is neat, actually making tangible things, and these things sometimes involve artwork put together for advertising and promotional purposes, and she recently brought me home something she thought I would like, something the CEO gave her because He thought I would like it, actually, and its a big, beautiful, striking print of The Girls of Vivid Entertainment, printed on a somewhat technical fabric that its very hard to print on, thats one of her company’s specialities, and there, in the middle of this group of 6 bikini-clad beauties, is Stormy, fully 1/2 life size!

@Serolf Divad: Seems to me that its ever since another republican, who replaced Newt Gingrich briefly as speaker, was run out of politics after an almost-Tiger Woodsian number of affairs surfaced (and right in the midst of the Monica Impeachment, no less), that the GOP has decided that they simply don’t care anymore, if their members have a problem with keeping their zippers shut, they have decided thats just not a problem anymore.

Perhaps they gave Vitter a pass because he was sleeping with consenting *women* of legal age. That’s a hat trick some of his party has difficulty pulling off… :)

@Promnight: I think you’re thinking of Bob Livingston(e?), who was also from Louisiana, I believe. This all happened when I was on a C-Span kick, and I remember seeing how furious he was when he had to sacrifice himself so the Republicans could go full-throat baying for Clinton’s head on a platter without being troubled by people pointing to Livingstone’s bad behavior.

@lynnlightfoot: It’s Livingston, not Livingstone, and yes, he is from Louisiana.

@lynnlightfoot: And he condemned Bill but didn’t remember that he’d forgotten his marriage vows as well. Douchetastic.

His campaign is “humming along”?

The more invulnerable Vitty-cent seems (are Louisianan voters crazy or what?), the harder he’ll fall when new revelations come out.