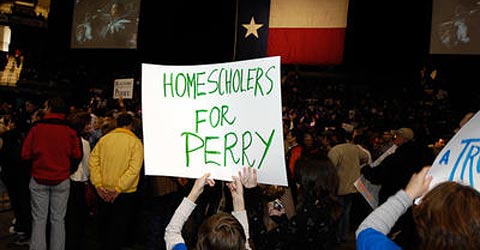 We’ve been ignoring the Dimwit News out of Texas all week, but it just keeps coming, so let’s share…

Now did Dale purposely misspell the N-word or is he just a Moran?

/and people sometimes ask me why I left Texas?

@SanFranLefty: Either Dale’s a moran, or he’s copping the Richard Pryor pronunciation. I suspect the former.

The teabagger attacks on Ron Paul and Caribou Barbie are just amazing – it’s like their leadership heard they were being compared to a bit from “Life Of Brian”, watched the movie and decided to *roll with it*. Either that, or some of the more clueless have finally realized that a movement bought and paid for by Dick Armey and co. isn’t really “indepenent”. Apparently, the all-Republican lineups of their conventions and rallies has finally caught up with them…

@al2o3cr:
The Teabagger Suicide Squad isn’t all that far behind.

@TJ/ Jamie Sommers /TJ: That dude was never into the gig. I saw him at a fundraiser one time where he said that he didn’t know what he was going to do with his life, but he had this family name, so he thought he’d get some good out of it. Weak.

ADD: The local political blog says that the GOP will have some young “ultraconservative” in the primary for the 2d CD way down south, way down, by Mexico way. He says he’s a Teabagger.

HOW ‘BOUT THAT WEATHER? I understand one of my tribal clients in Mississippi is closed today due to snow.

@redmanlaw: Have I gone this long without a reference to The Candidate? Sooner or later I’ll work in “What do we do now?”

We missed you at the Stinque up last night.

@Tommmcatt Say Relax: Would have loved to have been there. I just had a couple of drinx and made awful noises with my guitar after everyone went to bed.

They’ve been able to gloss over the schism on the Right with the help of HCR being the pony they all feel comfortable riding. Wait until the DNC comes out with some ads of smiling “Pubbies cutting ribbons and taking credit for stimulus programs…all hell is gonna break loose, you watch.

@Tommmcatt Say Relax: I don’t know that they’ve glossed that well — the Hawt Teabagger-on-Teabagger Action began last fall, Palin’s McCain endorsement didn’t go down well, the Nashville event was a schism in itself, and Niggar Dale has been disowned by others.

The schisms aren’t part of the general narrative yet, but it’s not the teabaggers doing the glossing. Nor is it just Fox. Since I’m now committed to the meme, it’s a Village Thing.

Sadly the sign is just likely to be misspeled by our shining public school system students.

“Were his own political troubles — and the weakened state of Democrats generally – a factor in U.S. Rep. Patrick J. Kennedy’s surprise decision …”

Haven’t you heard? It’s the Demrats that are on the ropes!

I hope you’re not holding your breath waiting for the Villagers to give up that narrative.

We hafta put up with that BS for now. I comfort myself with the thought that when 2010 comes and the Republicans don’t take back control of either the Senate or the House, the MSM is going to light its hair on fire and run around screaming “Woe unto the house of Regan!” like some character in a Greek play. They’ll need a new meme to sell punditry at that point, and with all the wingnut purity tests and shrieking crazies anything less than total Republican dominance they’ll point at as a rout.

They aren’t news organizations, primarily. They are carnival barkers.

@nojo: Wait, the Village Thing is the same as the Happy Villagers, right? So we’re waiting for the Teabaggers to burst into expositional song? I may need our resident Limey Bastard/Musical Theatre Genius to straighten me out here.

@Tommmcatt Say Relax: Isn’t that what everyone said after the November 2009 election?

Yeah, don’t hold your breath. Your friends and family need you.

@flippin eck: The Villagers could indeed form a Happy Villagers chorus if used in an ironic sense. Indeed, A chorus of Villagers used as expositional Happy Villagers opens Call Me Madam where they sing about how excited they all are to have received invitations to Mrs. Sally Adams latest party. This served the double function of allowing Ms. Merman enough time to get out of her dressing room and onto the stage to sing Hostess With The Mostes’. But that was the 50s. And as we all know, those were simpler times. I think that nowadays something a little more concepty might be demanded. Half of them say as muppets? Or mannequins? Or poodles?

@Benedick: Come to think of it, I think we’re describing the Capitol Steps.

My favorite? In Applause at one of Margo’s parties, where they literally sing:

Where the wah wah wah is kinda like a sung version of the sound Charlie Brown’s teacher makes when she talks.

That shit is so lame it’s brilliant.

@redmanlaw: ADD: The local political blog says that the GOP will have some young “ultraconservative” in the primary for the 2d CD way down south, way down, by Mexico way. He says he’s a Teabagger.

@al2o3cr: I was ready to buy until I saw only 15 watts per channel. That’s not even a loud fart in church. I usta have a Fender Twin that made the tools on my garage pegboards vibrate set on 5.

@Dodgerblue: No way. Also, I saw elsewhere that it sells for $5,000 for the head only. BTW, I’m running my cheap Strat copy through a little headphone amp box and then through my computer speakers on my desk. I also have a nasty little practice amp that can kick out the jams.

@Dodgerblue: Didn’t Stevie Ray play with a Dumble and a blackface Vibroverb? Now that was some tone.

@Tommmcatt Say Relax: There’s also a good one in Woman of the Year where the Villagers all get together and It Isn’t Working. With ography, yet. But it did have pretty grand things in it too.

I see the piture of my fellow texans and the first word that comes to my mind,……”retards”