Stinque
Home Latest Comments Log in
If it smells, we’re on it.
Stinque
Assholes, they do vex us.
NYC 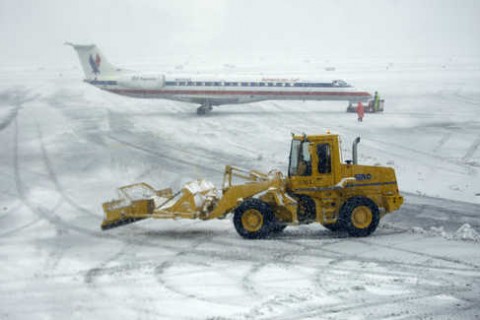 So my best buddy calls me from Florida – he lives outside of Washington DC, but he claimed when I spoke to him today that he and his significant other are “stuck” in Miami.  He called from poolside at their hotel.  Rub it the fuck in.

Here in NYC we’re getting slammed. We might get 18 inches of snow or so total.

But it’s far worse in DC.  My buddy told me that in Montgomery County, where my Mom and sister live, the snow and wind is so bad that they took the snow plows off the road.  In Baltimore, no vehicles allowed on the road except plows and emergency vehicles. With about 29 inches of snow on the ground, they’re getting hit again.

And nojo emailed me a bit ago to say that it was warm in San Diego – his front door is open.

Fine, fine, I just had to shut the front door. Temperature dropped to 59.

It’s crayzee here in Baltimore. We just got over the weekend snow and now it’s back to square one. I’ve got a 150 ft driveway that I share with two neighbors. We’ll hit that sucker tomorrow. Even with our snow blower it’s going to be an all day affair. I started my day off by shoveling the deck (wouldn’t want it to collapse under the weight of all that snow) then dug a path in the back yard for out poodle to do her business, then got up on the roof to shovel the area above the garage and family room where over 5 feet of snow had accumulated in places (definitely don’t want the roof to cave). So I’m beat to Hell, but it’s nothing compared to what we’re gonna do tomorrow.

I would ride my bike to work tomorrow except that I’m going to Century City after work for a Stinque Drinque-up.

Wow, that’s the same temperature I keep my house *heated* to! :O

Things aren’t too bad here in Columbus – a lot of the first wave was barely snow while it was coming down (ground-level air was about 34F, so melty mush instead) and we seem to have escaped most of the second. And it’s been cold enough to avoid our *real* winter problem – raining ice. I’d call it “freezing rain”, but that doesn’t seem to express how much it sucks to have 3″ of solid ice fall from the sky and cover everything.

@Serolf Divad: Ouch. And my mom is all pissed off b/c her Verizon FIOS is shut down – no landline and no TV. And they won’t be out to fix it until Friday, if then. At least she has power again.

I’m really glad I’m flying on the West Coast tomorrow, instead of back east. That just sucks. I have friends in OK who’ve been without power for more of the last month than with power. And it just went out again.
We were talking at work today about how there’s only been one snow here in Mac this year. I couldn’t remember it, then realized that I was in Hawaii at the time. Feel free to hate me.

@FlyingChainSaw: I have no experience w/ it … but I do know that Time-Warner is fairly reliable, but costs me 160 samoleans a month for basic plus the regular prime channels. Whack.

Are all East Coast Stinquer correspondents accounted for? Is MellBell under 3 feet of snow? JNOV? And is the storm hitting Jorja and little cubbie? (perish the thought of ATL with a dusting of flakes)

@Mistress Cynica: I don’t hate you, since I leave for Hawaii in two weeks. Sorry I’m missing the Stinque up with you and the El Ay krewe tomorrow.

@FlyingChainSaw: Don’t get me started on Comcast.

Then gargles it before they swallow.

@Tommmcatt Say Relax: Back makes thrusting impossible, orgying is for the young.

We only got 6 to 8 inches, here on the coast, because it rained for most of the day, but the snow is the heaviest, soggiest, sorriest shit ever to pollute the ground.

/TJ/ Alright kiddos, I think we need to get the lead out with Going Rogue: The Musical. Second City in Chicago is currently performing a musical about Rush Limbaugh. Before that was a musical about Rod Blagojevich. It’s only a matter of time before they see the potential of Talibunny’s story! Time is of the essence! /TJ/

@flippin eck: Do you know someone there you can corner?

It was supposed to snow here in Santa Fe today, but we just had some fog. I went outside once to get the mail while working at home. The outdoors beckoned as I sat inside drawing up a lease for a tribal property, but I just kept going, moving on to a multi-jurisdictional MOA for emergency medical services. It was fairly pleasant out as we made a family trip to the gym after work. I got Mrs RML some time with a personal trainer for her birthday, so she met up with her while Son of RML and I did our own workouts. Shaved off another pound since last week.

@blogenfreude: When ya coming for dinner and getting a grip?

@nojo: I think that is what they have the A/C set to in my office. Outside this morning it was a cool-ish 72, daytime temps in the 90s. I haven’t used the pool in a couple of days because the winds are up, and once the sun starts to set I may get goosebumps.

But as you know, it ain’t the heat, it’s the lack of humility.

@SanFranLefty: Not entirely sure what the accumulation is up to, but three feet sounds about right. I managed to make it into work for a good stretch on Monday (these snow boots are made for walkin’), though we’ve technically been closed since midday Friday. Same tomorrow, and probably the day after, too. Can’t complain, really.

@Promnight: probably in the spring – a day trip for us, and I want to do it.

Wait. Did we not finish the Zombie Bible, or is someone changing it back to the KJV? Ezekiel 23 seems untouched. I tried looking at the history, but I don’t understand it. I’m all snowblind and shit.

@nojo: Heh. Well, I kind of wish we were using the NIV.

KJV: For she doted upon their paramours, whose flesh is as the flesh of asses, and whose issue is like the issue of horses.

NIV: There she lusted after her lovers, whose genitals were like those of donkeys and whose emission was like that of horses.

ok, i know you’re not crying for me argentina…
my weather woes are different but just as annoying. if it doesn’t rain enough, my garden gets pouty and i have to turn on the irrigation system and get a thousand dollar water bill and not eat in march.
i spend my days crawling under bougainvillea bushes and come out lacerated from the thorns. or manicuring the sea grass and never ending weeding. no complaints. as an atheist, i have to say, a garden is the closest proof we have that there’s a FSM.

can we still put pics in the jam nojo? you must see these birds of paradise, my favorite.