Are You Out of Your Orbit? 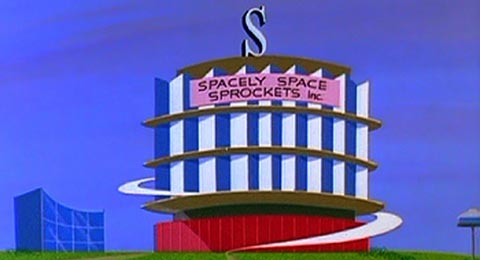 Regular readers know how our game works: We select three politicians at random, cleverly disguising their identities so you don’t know which party each belongs to. Can you tell which is a Democrat and which is a Republican?

2. A Congressman whose district includes the Kennedy Space Center in Florida, who voted against the stimulus bill, but who argues that a major government program is more effective than private industry at creating jobs.

3. A Congressman whose district includes the Johnson Space Center in Texas, who voted against the Public Option, but who argues that a major government program is more effective than private industry at fulfilling its mission.

Did you guess all three? Of course you did! Everybody wins when we play Guess the Party!

It seems that trio hopped into the transporter and it malfunctioned, changing the polarity of the flogistons and tachyons so that their evil twins appeared.

I’m not that crazy about privatizing space, but considering the colossal mess NASA is I have to reluctantly agree. The Space Shuttle was one of the worst investments ever (thanks Tricky Dicky) and destroying most of the plans to the Saturn V was a crime.

@ManchuCandidate: Man, those aliens on the Dark Side of the Moon really put the fear into the national leadership about ever going back. New Mexico is building a private spaceport, btw. The Virgin spaceplane or whatever made a tour stop there up from Tucson (?). A friend of mine is a flack/lobbyist for the project.

You see on io9 about the Moon Nazi movie? Looks awesome.

@redmanlaw:
I’m curious how that movie’s going to go. Many of the upcoming SF movies are pretty stupid and I’m happier not to pay my money.

If I had a spare 100K US America kicking around, I’d like to fly Virgin Space. At least I could say I went into space and fulfill a boyhood dream (crushed by my lousy eyesight.)

Astro and Scooby Doo were voiced by the same voice actor, Don Messick.

What’s new up North? Has Harperbot 3000 dismissed Parliament and declared himself Prime Minister for life yet?

@Original Andrew:
Nope, but folks are starting to get really annoyed with him.

Who knew that an angry deluded fat guy with a major league inferiority complex (see photo vest photos) doesn’t have the stones to face questioning about his fucked up policies?

We’ll have to wait and see after the Vancouver Olympics. The stuff I’ve read says that it could be a real fiscal mess and might take off some of the local smugness about not getting wiped out in the banking deregulatory hell you guys got caught up in.

It was the phony cardigan photo ops that did him in. No one bought that shit.

@Original Andrew: I like the loonies and toonies. Don’t mess them up.

I was told we’d have jetpacks.

@Prommie: Far and away the best band name I’ve heard of late: We Were Promised Jetpacks.

Editors note: New rebranding and avatar of the Prick, inspired by the iPad, iPud, iPutz discussion.

TJ @Dodgerblue: Just what the treehuggers don’t need: Osama comes out of a cave to denounce the US’s failure to do more to address climate change.

And where are the sexbots? I WAS TOLD THERE WOULD BE SEXBOTS!

@SanFranLefty: Sounds like disinformation to me. Maybe Dodgerblue has heard about environmentalism from the Islamic perspective, but it does not seem like it would be high on the priority list, especially for a jihadist.

@mellbell: I was thinking of that, the Jetpacks. I love bizarre band names. I want to form a band, just to be able to make up a strange name; hey, I’ll let you be the lead singer, chick bands are really big in the garage genre these days. I will play the cowbell, of course. “Cowbells for Mellbell?” The Marxist Fascists? The Nihilist Anarchist Horde, starring Marx Marvelous? (I think thats from Another Roadside Attraction).

Are you sure Karl Rove didn’t have something to do with this?

@JNOV: Yeah, the quoting Noam Chomsky part of OBL’s statement was pretty weird. I feel like he’s now living in London or something, spending half of his day on the tubes, the way he’s getting up to speed on commenting on current events. What’s next, penning op-eds for the New York Times?

@JNOV: Where will these guys get their funding if the petrodollar flow diminishes?

Let’s hold aside for now the idiocy of Luke Russert being a NBC correspondent and focus on the following:

RUSSERT: Tom Cole — former head of the NRCC, congressman from Oklahoma — said, “He scored many points. He did really well.” Barack Obama, for an hour and a half, was able to refute every single Republican talking point used against him on the major issues of the day. In essence, it was almost like a debate where he was front and center for the majority of it. … One Republican said to me, off the record, behind closed doors: “It was a mistake that we allowed the cameras to roll like that. We should not have done that.”

“Accepting the invitation to speak at the House GOP retreat may turn out to be the smartest decision the White House has made in months,” writes the Atlantic’s Marc Ambinder. “Debating a law professor is kind of foolish — the Republican House Caucus has managed to turn Obama’s weakness — his penchant for nuance — into a strength. Plenty of Republicans asked good and probing questions, but Mike Pence, among others, found their arguments simply demolished by the president.”

@SanFranLefty: Well, he’s just arrogant and cocky. Defiant, that one is.

political wire has the video, but I guess they’re getting hammered with the demand. Speaking of hammered – it’s Friday!

@redmanlaw: Let me know if you find a working stream of the video. I can’t imagine a better way to enjoy my first martini.

ADD: I think it’d be fantastic if he started a monthly “Ask the President” forum with Congress (D and R) like they do with Parliament. We had a ballot initiative here in SF last year that would have required the Mayor to do a monthly thing with the Board of Supes, it narrowly failed, probably because the sponsor was an asshole bomb throwing Supe.