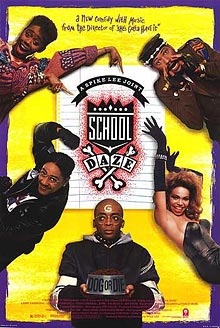 One of the “revelations” from the new book Game Change — we’ll have a doorstop on the subject in the morning — is that Harry Reid was early to spot Barack Obama’s qualifications for President:

2. Obama didn’t speak with a “Negro dialect unless he wanted to have one.”

Which is an unpleasant way of pointing out that Barry isn’t Jesse, and something Harry shouldn’t have said in so many words, or words that could be accurately paraphrased as such. (Harry has apologized to Barry; Barry has accepted.)

The disturbing truth is that, if you wanna get realpolitik about it, Harry was right — Obama’s election didn’t transcend American racism, but moved it further to the shadows. A welcome development, to be sure, but let’s not declare victory over history just yet. If you want to see a real burial of bigotry, look at attitudes toward Irish-Americans instead. We’re not bothered by smelly Papists the way we used to be.

Anyway, since Harry got caught talking out of sensitivity school, everyone’s lining up to shove a bar of soap into his mouth — including everyone’s favorite punching bag, Michael “Honest Injun” Steele:

“There is this standard where Democrats feel that they can say these things and they can apologize when it comes from the mouths of their own. But if it comes from anyone else, it is racism,” Steele told “Fox News Sunday.”

“If (Senate Minority Leader) Mitch McConnell had said those very words that this chairman and this president would be calling for his head, and they would be labeling every Republican in the country as a racist for saying exactly what this chairman has just said,” Steele continued.

We won’t bother sorting through the entrails of Mitch McConnell, or paging through The Wit and Wisdom of Virginia Foxx. (Or, y’know, finding a few telling signs from those teabaggers Steele wants to cozy up to.) Instead, we’ll just note that Steele won his awkwardly lucrative position of RNC chairman following a highly contested election against South Carolina’s Katon Dawson, who had recently resigned from a whites-only country club.

Which he has since rejoined.

None of which is to forgive Harry Reid, much less defend him. If anything, the more shouting the better — we won’t truly transcend racism until we stop pretending we have.

Yeah – offhand comments are way way worse than banning black people, or lynching black people, or … whatever. Until we can talk honestly, it’s all political theater. This no more advances the ball than the death panel arguments. If we were adults, we could talk properly, but we are a nation of 5 year olds. We will be wiped out before our time, and we will deserve it. QED.

Liz Cheney said the same thing as Steele on This Week with Mr. Ali Wentworth. George “Triumph of the” Will actually defended Reid’s statement.

@TJ/ Jamie Sommers /TJ: You can’t defend Reid, nor can you drag out Trent Lott, as some are doing. “We’re not as racist as you are” isn’t a compelling argument.

“what this chairman has just said”

I guess Mikey and his friends at Faux Snooze are unable to distinguish between two minutes ago and two years ago or between the DNC and the Senate.

@nojo: You are right. Mea culpa.

ADD: Best part so far: Talibunny could not stop calling Biden “O’Biden” in debate prep, and did it once in the debate, but ergo the “Can I call you Joe?” question at the beginning.

@SanFranLefty: Re: Steve Schmidt, I’m skeptical of people who use “nonplussed” incorrectly.

@redmanlaw: Yes, it is a traditional pastry.

TJ/ Hey lefty, dodger, and you other scrabble stinquers, would you accept a play of the word “fantom” as an alternate spelling of the we’d “phantom”? It is in the dictionary as an archaic spelling.

@Tommmcatt is hunkered down in the trenches: If you’re using it, OK. If it’s the other guy, fuck no and what kind of asshole would try to cheat at scrabble like that? ask him.

@FlyingChainSaw: you just floored the table with that response, buddy. My friend Jen is still laughing.

i can’t play scrabble on a board anymore. when you play online and place a word, the computer rejects/accepts your word. no fighting, no bloodletting. it takes the word or it doesn’t.

fun fact: “aquitted” is not an acceptable word on wordscraper, who knew? cost me 157 points.

scrabble online has mended my family. we are boardgame folk, and highly competitive. my dad once refused to accept my answer “bone” in a trivial pursuit match. the answer was “bone china” the question: what are fine dishes made from?
he taught me how to cheat at poker too. he and the stepmonster will be here next week and the boards are ready, you’ll hear the screaming from there.

@Tommmcatt is hunkered down in the trenches: No. Isn’t that the name of a soft drink?

@nojo: Was Reid racist for analyzing the impact of racial factors on electability? He wasn’t saying “I like him becuase he is light-skinned and doesn’t speak street.” He was saying “the racist pigfucking public may be more willing to accept him because he is light skinned and doesn’t speak street.” Which seems to have been true, though really, with most of the pigfuckers, it would not matter if he were snow white and spoke like the queen of england.

@Prommie: All politics is demography.

@Dodgerblue: So, in order to not be racist, must one wear blinders, or maybe carry a bucket of sand to stick ones head in, so that one never sees such things as reid remarked on, or is it OK to see them and have knowledge of them, so long as one remains silent and pretends they do not exist?

@FlyingChainSaw: In a democracy, yes.

@Prommie: My “yes” was a response to “Fanta.” But as to racism, I read Reid’s remark as relating to electability, and in that sense I think he was right.

@Prommie: LA Times columnist makes the point that Reid shouldn’t apologize to blacks, but should apologize to whites for thinking that they are racist.

@Dodgerblue: Likely, Reid’s remarks were probably no different than the kinds of things Obama said about himself in initial conversations with the DNC.

@SanFranLefty: We’re not? You think that if Obama looked like LeBron James and were married to a white woman, he’d be President?

@Dodgerblue: I don’t think he needs to apologize to whites, she did. I think he was stating a fact, though I find it amusing that he’s using such archaic language as “Negro”.

/Off to the federal courthouse. This will be fun.

@SanFranLefty: Thats some angle, there. Next, some Fox publication will run an editorial criticizing Reid for insulting the people who are racists, as if they are so shallow and unthinking that skin tone and elocution (he’s so articulate!) would sway them.

@SanFranLefty: So we won’t see you on TV? I heard that the Supremes just blocked Judge Walker’s plan to allow video at night.

@Prommie: Wasn’t it O’Biden who called him ‘well-scrubbed’ or something?

@FlyingChainSaw: “Clean and articulate” I think.

@Dodgerblue: That Cassius Clay guy was like that, so clean and articulate.

@Prommie: He was also a stone cold fox. Also, a fellow Louisvillian! On field trips in middle school we walked by the neighborhood where he grew up (now a housing project).

@Prommie: @Dodgerblue: @mellbell: He endured the same kind of mindless hatred we now see directed toward Obama. When he converted from Baptist to Islam, when he took a new name, and especially when he refused to be drafted a large segment of the population wanted his head on a platter. In many ways he has been a great American social trailblazer and will probably be remembered more for that than as a boxer.

Is it racist to think of Saltines every time I see John Cornyn’s pasty face on T.V.?