Stinque
Home Latest Comments Log in
If it smells, we’re on it.
Stinque
Lovely day for a Perp Walk.
Y'Obama 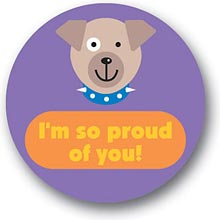 You could imagine a lot of presidents more dogmatically liberal than Obama, but I wonder whether there are a lot of plausible hypotheticals in which they amass more liberal achievements than Obama.

Which begs the question: What liberal achievements? We fully acknowledge that Barack Obama is not George W. Bush, and we shall always remain grateful for that. We also grant that ideology can be counterproductive to practical results. But this Be thankful Obama’s not X line of thought just underlines the point: Obama didn’t campaign for or win the presidency promising to be a competent caretaker.

Nope. Once upon a time, we were the people we’ve been waiting for. We’re sticking with Irony.

How liberal is Obama? [WaPo]

Make no mistake, calling Obama “liberal” is just another way to limit the acceptable parameters of debate to policy differences in the implementation of fascism. Mission accomplished.

But let’s not confuse irony with sarcasm.