Stinque
Home Latest Comments Log in
If it smells, we’re on it.
Stinque
Lovely day for a Perp Walk.
Customer Service

No Wonder Obama’s a Socialist 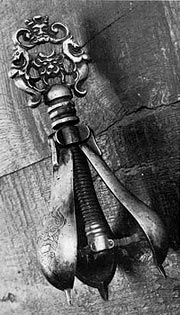 Our earlier confusion over WaPo’s Ezra Klein arguing that Barack Obama is an effective “liberal” is answered by Politico:

Another key undecided moderate, Sen. Joe Lieberman (I-Vt.), said Thursday that his level of unease with the Medicare buy in is also rising.

Now we understand. Joe’s a moderate — which shifts Obama to the left, and ourselves somewhere past Cuba.

And this is what moderates stand for:

“In my opinion, the choice could not be more clear… between one candidate, John McCain, who has always put the country first, worked across party lines to get things done, and one candidate who has not.”

bloody hell. where do you go from there?

these people should just do a “shorter version”

“anything that works we oppose”

oh, and if he is a socialist, he is not alone:

Apparently there aren’t enough safe words in the world to stop the endless donkey-punching our nation’s real liberals continue to receive from the Demoncrats.

What is becoming clear is that we have a lot in common with the tea-baggers. True, we look from different ends of the Aspergers Index but our demands are eerily similar.

@Original Andrew: What’s a donkey punch? Is this a Democrat version of what Jetton does to the ladies he pestorks?

@Benedick: If Lefties behaved like anything close to Teabaggers, the National Guard would be called out.

Full Disclosure: This is a family blog, so you may not wanna click on that linque.

@Original Andrew: This is a family blog