Stinque
Home Latest Comments Log in
If it smells, we’re on it.
Stinque
Cassandra was right.
Brushes with Fame 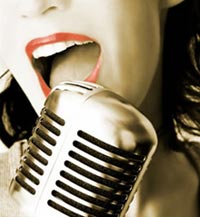 We were listening to the commentary for Funny People the other night (yes, we’re one of those people), and Judd Apatow mentioned the practice of “writing a joke on the back of someone’s head.”

No, it doesn’t involve Sharpies or razors. Instead, when you’re editing a film, you take the opportunity of someone’s head turned away from the camera to dub in a line you didn’t think of before. Movies are won or lost in the editing suite.

Which is why we enjoyed the news that the ACORN videos — “undercover” shots of employees giving tax advice to a pimp — also took advantage of modern cinema technology:

The videos that have been released appear to have been edited, in some cases substantially, including the insertion of a substitute voiceover for significant portions of Mr. O’Keefe’s and Ms. Giles’s comments, which makes it difficult to determine the questions to which ACORN employees are responding. A comparison of the publicly available transcripts to the released videos confirms that large portions of the original video have been omitted from the released versions.

Well, duh. The ACORN sting clearly wasn’t playing well to test audiences (“Nobody would fuck that whore,” according to one comment), and without some quick ADR fixes they would have had a bomb on their hands. Besides, you can always include the original footage on the DVD.

I called that, if you remember. Way back when you first posted. Well, I think it was here, anyways.

I kinda wondered about that. The women they were filming seemed incredibly sanguine about the undercover couple’s claims about running a child prostitution ring. I thought I must be really naive because I would have stopped what I was doing, asked them to clarify and then run out of the room to get someone else to listen to this stuff … at a minimum … before throwing them out. It makes more sense now.

“But but but but but Michael Moore does it! He’s even worse! He edits out of spite! We edit out of, er, spite, um, against poor people!”

Would this kind of lying, well, be actionable?

I think it’s a sad commentary on the state of political discourse in general, and the right-wing in particular, that these things don’t even surprise me anymore. A RW source telling the *truth* might be shocking, but the willful and arbitrary bending of the truth to political ends just isn’t.

@Prommie: You thinking tortious interference with contract b/c that video got them shitcanned from the gov’mint teat?

“would this kind of lying be actionable?” YES. but the new prenup, may hurt him worse, and so mrs. one wood would be disinclined to file, and her testimony would be imperative. it might have been part of the deal.

speaking of editing, why can we only edit once? i require more drafting.