Stinque
Home Latest Comments Log in
If it smells, we’re on it.
Stinque
Cassandra was right.
Armchair Activism

I’m Not Clueless, I Just Blog That Way 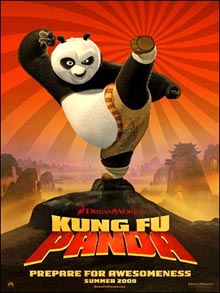 Oh, please. We don’t normally play in the Blogger Softball League, but since Memeorandum won’t retire this dude to the bench, we’re taking the prerogative of sharing our frustration with you:

Why I’m Not a Liberal Anymore

Maybe the initial illuminating moment came when I learned that Tom Hayden, the anti-Vietnam war activist, had removed the Obama bumper sticker from his car. All I know is that I can hardly stand reading the Huffington Post these days… I think the straw that broke this camel’s back was an horrendously ugly and smearing essay Christian Parenti wrote last week, which was published on the Huffington Post after Obama’s Afghanistan speech.

Dude: Tom Hayden? HuffPo? Really? Those are your standard-bearers of American Liberalism? If either puts you off, you’re out the fucking door? Arianna or Joan Walsh bloviating on cable news wasn’t enough? Markos reciting talking points like a freshman congressman wasn’t sufficient? You had to wait for Jane’s Ex to make an empty gesture, or some unknown to shoot his mouth off? Are you that dim?

And where are you going from here?

So, if you’re not a liberal anymore, then what are you? a friend asked me. The answer is I’m a Taoist, even though there isn’t a political party yet that goes by that name.

A Taoist? Do you have even a fucking clue what you’re talking about? There’s only one course for Disenchanted Liberals, and that’s Cannibal Anarchy. And to save you the Googling: No, there isn’t a party that goes by that name, either. But if you want to keep yourself at arm’s length from the groupthink that pervades any political extreme, you might as well just make up a noncommittal label for yourself, and Cannibal Anarchy is as good as any.

Why I’m Not a Liberal Anymore [Virgil Speaks]

I, on the other hand, am so disenchanted I have become a Confucianist. Or, as some might call me, a fucking poser.

Suck on that, Virgil.

@Tommmcatt is hunkered down in the trenches: Darling!!! I’m on the east coast so I’m watching your little baby on teevee. I’m laughing at it, especially the Mission Impossible spoofs. If only the elf could have looked more like Tom Cruise….

Answering the question ‘So, what is LA good for?’

SanFranLefty: The toon was better than I expected. Charming, even.

But: they cut up the Charlie Brown Christmas specials, taking out some key bits, to get it under a half-hour. That was not cool.

And to harsh my buzz even more: DEVELOPING HARD — the Senate Dem cave-in on health care is apparently a done deal. Rachel is confused as to what’s going on, but since the AP is calling time on the public option, it may very well be true. Maybe.

@chicago bureau: And you’re surprised? Going for it would have been hard. They took the slugroad. I wish anti-Republicans like myself had a viable option.

@SanFranLefty: There was an elf who looked like Tom Cruise. It was Tiny.

I loved the mugs: “It’s nog or never” and “One sip closer to merriment” Brilliant. If the Mouse isn’t selling those things, they should. Does anyone know what the last one said? It started off with “Nice list” and then I couldn’t read the rest.

@chicago bureau: Well, I don’t feel so bad now for only seeing the last sixty seconds of something I know by heart.

And really, it’s never been the same since they lost the Dolly Madison account.