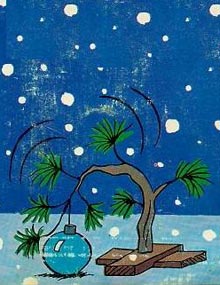 these additional American and international troops will allow us to accelerate handing over responsibility to Afghan forces, and allow us to begin the transfer of our forces out of Afghanistan in July of 2011.

After the briefing, Gibbs went to the president for clarification. Gibbs then called me to his office to relate what the president said. The president told him it IS locked in – there is no flexibility. Troops WILL start coming home in July 2011. Period. It’s etched in stone. Gibbs said he even had the chisel.

Because we will have a significant — we will have 100,000 forces — troops there. And they are not leaving — in July of 2011. Some handful or some small number or whatever the conditions permit, we’ll begin to withdraw at that time.

I know what I want for christmas

wait. I changed my mind. and I will only tell Santa

@Capt Howdy: He is all hard and knobby, he looks like he would cause bruising.

Dexter season finale is next week. I dont know if I can wait. this will be the longest week of my life. Lithgow is amazing and the mother of all twists is supposedly coming next week.