Stinque
Home Latest Comments Log in
If it smells, we’re on it.
Stinque
Cassandra was right.
GOP Tantrums

You Can’t Please Everyone 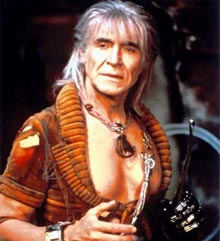 Republicans in Charleston County censured their own U.S. Sen. Lindsey Graham, saying he puts bipartisanship before the party on issues like climate change.

“U.S. Sen. Lindsey Graham in the name of bipartisanship continues to weaken the Republican brand and tarnish the ideals of freedom, rule of law, and fiscal conservatism,” according to a resolution passed Monday…

Last week, Graham joined Democratic U.S. Sen. John Kerry of Massachusetts and independent U.S. Sen. Joe Lieberman of Connecticut to say they would work with the White House to reach a climate bill that could pass the chamber.

There’s an old line that you had to be to the right of Genghis Khan to please some Republicans. But with Khan now celebrated as a Chinese hero, we may have to update the comparison to the Khan who opposed one-universe government.

oh my
banned from the leper colony

If they’re serious, they’ll get busy and out him. Funny if it came from the right instead of our side.

And these are the people who are going to demolish us in 2010.

I’m sorry, I just don’t see it. Every day they shoot themselves in the foot somehow.

@Tommmcatt is hunkered down in the trenches: Too early for me to enjoy the 2010 pageant. Although the Repug primaries next spring should be highly entertaining.

For the fall, well, depends on who votes. Traditionally lower turnout for non-Prez years, and low turnout skews old and right. Probably next September before we get a good handle on things.

The disclaimer on the “buy” page is the best part; there’s a lengthy discussion of how you shouldn’t store loaded weapons. Odd, given that the only logical use for the product IS to store a loaded weapon…

@nojo:
I honestly think it comes down to healthcare. if they do it right they will have an energized base. at least somewhat. if they screw the pooch it will be a democratic bloodbath.

I cannot look at that picture of ALW a moment longer. Not even for nojo. And imagine, that was the good one from the shoot!

@Benedick in mourning: It’s finally visible in my browser, and you’re changing it?

@nojo: It’s too hideously ugly even for me. I knew you’d be upset but I’ve had to go back to Tone calling GWB from the beach at Torremolinos to tell him what he was wearing.

Besides, I thought it might be a bit of a thrill for Catt and Blog. Maybe not Blog. It takes an Englishman to bring the sexay to the beach. Half an hour after this was snapped he turned lobster red and had to stay inside for two weeks while Cheri slathered him in Crisco.

I thought that was a picture of Liza Minnelli.

@Tommmcatt is hunkered down in the trenches: I thought it was Liza’s ex-husband, the dude with more plastic surgery than her. I would fail at “Know Your Musical Composers” for sure.

@Benedick in mourning: Feast your eyes on my magnificent Slavic manhood. I’ll book the dacha in Tuva. You bring the Crisco.

@Capt Howdy: They already screwed the pooch, anything other than universal single payer is just shuffling the deck chairs on the Titanic.

@SanFranLefty: I cannot believe nooone else sees the strong resemblance I see between Orly Taitz and Liza.

@Pedonator: He really puts the ugh back in ewwww.

And people, let’s all take a moment to clear our cache. And go! There. Isn’t that better?

@Benedick in mourning: Much better, darling.

@Benedick in mourning: C’mon, you know you’ll be renting Heads of State, the upcoming adult video from Titan starring W, Tony, and Vlad “the Impaler”. With special guest appearances by the Kaczynski twins. Don’t forget Poland!

And by the way, what the hell is Ricardo wearing? His sister’s bathrobe?

I wonder if Ricardo’s pecs are still as marvelous as they were displayed in the Wrath of Khan. Those were some really fantastic (and very weird) looking pecs. My undying wish is to be a hawt as Ricardo at 62 y/o.

oh yeah, on topic, Lindsey being bi – partisan is dragging down the Republican brand (enough key words in that sentence?).

11/13/09 Commentor’s note: I later Wiki’d Ricardo and was informed he had been dead since last winter. So I would figure by my powers of deduction that his pecs are NOT as hot as in the Wrath of Khan. Thank you and have a wonderful day.