Stinque
Home Latest Comments Log in
If it smells, we’re on it.
Stinque
Lovely day for a Perp Walk.
Compassionate Conservatives, Department of Family Values 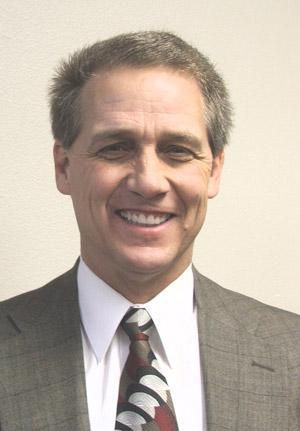 Blake Hall: GOP Icon and Leader Finally Jailed for Being a Sick Fucking Piece of Shit

Twisted GOP pervert Blake Hall was a stalwart of Republican politics for decades in Idaho, steeped in the party’s traditions – which probably explains why the monstrous freak showed up at some sorry woman’s house and flung nearly dozens of used condoms on her lawn on ten separate occasions this year.

Hall’s GOP credentials weren’t enough to keep him out of jail, however, as the raging Republican pervert bragged eagerly in court Friday about hurling his condoms all over the lady’s lawn, a confession that returned a 15-day jail sentence – about 15 years short of justice but, hey, acting out like a sex-crazed orangutan is OK, probably expected, if you are a Republican, right?

The judge and the victim, a recently married 37-year old woman, didn’t see it that way. In fact, the victim, a former girlfriend of Hall’s, told the court, “I was so tired of being victimized,” the woman said. “It is unimaginable that a 56-year-old would be so deviant.”

The state RNC, to keep up appearances, accepted Hall’s resignation as leader of the Idaho GOP, leaving the organization stranded without someone appropriately deviant to run the show while Hall dodges the probation officer he was sentenced to meet with for a year and pursues who knows what kind of sick GOP traditions. Maybe disgraced GOP Sen. Larry Craig can hire him as a consultant to look out for cops while he’s chasing blow-jobs from homeless guys in public bathrooms.

Hall is going to need the gig – for at least a while – since he lost his day gig as the county civil attorney for Bonneville County, a job he held since 1983, on Monday when he was officially canned for perversion, apparently a lifetime affliction. Still, being a GOP pervert means having connections and ready access to taxpayer-funded make-work gigs.  The Idaho Statesman dug out this part of the story:

But Hall, of Idaho Falls, will keep his $31,000-a-year job as the civil attorney in nearby Fremont County, according to Prosecutor Joette Lookabaugh, a Republican who hired Hall in January.

In addition to his county work, Hall has a private law practice. He also is administrator of the state Catastrophic Health Care Program, or CAT fund, and an attorney for the Idaho Counties Risk Management Program, or ICRMP. Hall’s work for government agencies brings his law firm about $600,000 annually.

In a news release, Lookabaugh suggested Hall was singled out because of his prominence.

“There seems to be a certain amount of political glee in striking down the well-known for any real or perceived foible,” she said.

Foible? Ha. Haha. Hahahahahaha. Terrorizing a lady for who knows how long through the most disgusting display of cruelty, accosting her and virtually kidnapping her in a department store parking lot (he snatched her keys and refused to return them) is a foible? Oh, yeah, and Jeffrey Dahmer just had a problem with table manners.

If ever Hall tires of sucking money out of Fremont County he can always go on his publicly funded pension. The Idaho Statesman has the details:

Blake Hall will continue to accrue retirement benefits under the Public Employees Retirement System of Idaho, or PERSI, because he remains an employee of Fremont County.

Fifteen days in stir and a year probation for such sick and twisted crimes seems so, well, limited in imagination. The judge would have done much better if he had leveraged Hall’s twisted urge to hurl his seed upon the ground. Maybe he could have done real justice by sentencing Hall to fifteen years of watering all of the county’s lawns at all of the county’s public buildings (excluding schools of course) by jerking off on them.

This goes a long way to explain why he wanted to save his precious bodily fluids.

And he is a Mormon, too, which is just beautiful, in its own way, like everything. Its all just so fucking beautiful, every single, meaningless instant of our pointless existences.

Spooging in a condom and throwing it at your ex-girlfriend’s garden gnome is beautiful?

I wonder how Whitman missed doing a poem about that.

ADD: By that standard, I used to create art at least five times a weekend back in the day. I never thought about throwing it at anybody, though.

Oh, and this is about 3 diapers, for teh mormanism and teh fluids and teh crazee and all.

Another case of compassionate conservatives.

“It is unimaginable that a 56-year-old would be so deviant.”

First time with a Republican, eh?

@Jamie Sommers: Musta been first time with a 56-year-old.

@Capt Howdy: Death staring you in the face with gnashing fangs makes one realize that one may have some catching up to do, it seems. And youthful bashfulness and concern over the disapproval of others is long behind one.

He and Carrie Prejean should get together to lend each other a hand in these trying times.

@redmanlaw:
maybe they could make a little republican

MSNBC says there’s been a shooting in Oregon. What now?

@blogenfreude:
jesus
do we HAVE to have a rampage every day

@Capt Howdy, blogenfreud: Havn’t seen anything on it, but a young woman here was beaten to death with a baseball bat and her body burned and buried out on a mesa when she tried to get her snowboard back from a guy.

Carrie: I did not have sex with that woman.

@redmanlaw: That is just horrible.

“I think now they call it ‘sexting.’

@redmanlaw:
damn
look up loser and I am pretty sure you would find one of those pics.

@blogenfreude: Two dead in a shooting at a drug testing facility in Tualatin (suburban PDX). People are fucking crazy.

Also in The Oregonian today:

HILLSBORO — A judge denied bail for an Oregon woman accused of killing a pregnant woman and cutting the baby out of her womb.

Tuesday’s hearing was to determine whether Roberts should be released before her trial, which is scheduled for May. Prosecutors outlined the case against Roberts; her attorneys gave a glimpse of her defense, which appears to be that she was insane at the time of the crime.

Roberts gave birth to a stillborn child in 2007 and seemed “obsessed” with babies, her defense attorney said at a Tuesday morning’s hearing. Roberts watched videos of in-home births on YouTube, made baby food and sewed baby clothes and told numerous people she was pregnant with twins, attorney Jim Glover said. When detectives went to her home, they found baby formula, a double stroller, parenting magazines and pre-natal
vitamins.

****
When that happened in Albuquerque about 20 years ago, the baby taker used a key to cut open the pregnant woman.

Jesus fucking christ! Nothing but icanhascheezburger for me the rest of today. Ugh.

Let’s see if the LDS ex him. Probably not.