Stinque
Home Latest Comments Log in
If it smells, we’re on it.
Stinque
Assholes, they do vex us.
Morning in America 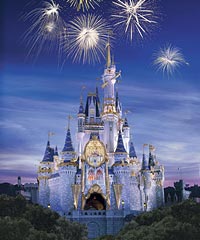 Last we checked, governors don’t have a vote in Congress. And of the two empty congressional seats up for grabs last night, Demrats won both. For that matter, the Repugs pulled off the amazing feat of backing two losers in upstate New York. So what does that mean for Michael Steele? Par-tay!

“The GOP renaissance has begun. This election was not about ‘the change we need.’ It’s about the change the American people want.”

We couldn’t agree with him more. And with a dozen more GOP candidates on the Teabagger Hit List, we’re looking forward to a very renaissaucy 2010.

Steele: ‘GOP Renaissance Has Begun’… And I Helped [TPM]

Bob Bennett (R – MormoniLand) is too liberal for them? What fucking planet do they live on??

Yet no far right challenger (yet) in the California GOP Governor and Senate primaries. Interesting.

GOP eat their own with renaissance sauce

@Capt Howdy: Isn’t that what elitists like our Terrarist Muslin president eat on their fetus sandwiches?

(PS — dig that bow in her Wikipedia mugshot!)

@rptrcub: Did the Obamas hire Dick Cheney’s personal chef when they moved into the White House?

Sorry. I thought that was ‘Mourning in America’.

San Francisco-based “integrated marketing communications” company behind the misleading Yes on One ads in Maine.

I think we need to have a good ol’ fashioned protest.

Wonder how many self-loathing gheyz work there.

Invade, bomb and gas every country in the world
Outlaw science
Outlaw secular law and replace it with biblical princples
Repeal the Bill of Rights
Eliminate Social Security

You forgot “Repeal the Fourteenth Amendment”.

I’m surprised McCain isn’t on that list. “What up” with that?

@FlyingChainSaw and Tommmcatt is hunkered down in the trenches: You forgot: Repeal the 13th, 15th, 16th, 19th, 23rd, and 24th Amendments. And the Second Amendment stays.

Meanwhile, it looks like Seattle is about to elect Sierra Club activist/avid cyclist/hawt daddy bear Mike McGinn in a surprise upset against the corporate and union-backed candidate. McGinn’s even more liberal than our last mayor–we’re seriously in NDP/Green territory here.

Oh tell us, AP/Politico geniuses, what does this mean for the Obama Administration?

@Original Andrew: “Even the Democrats don’t support him anymore!”

@SanFranLefty:
Also, kick out anyone who doesn’t look like a REAL US ‘merkin.

@Original Andrew: **insert bear response and gutteral noises here** ok, now that I’m over with that — is there a possibility that Seattle might just merge with British Columbia?

Redefine pi to be 3, ’cause the Bible sez so.

What a great solution to The Eastern Washington Problem! Much kinder than what I had in mind.

The eight or so counties that make up the Puget Sound metro-plex can ally ourselves with BC, and instant-third-world-country Eastern WA can suck it. They can keep Patty Murray and Maria Cantwell, too. Ha ha!

@Original Andrew: Let’s create the Peoples’ Republic of Cascadia from BC, through the Puget Sound metroplex, through PDX and along the Oregon and California coastal counties all the way to the Santa Barbara/Ventura County line. We’d probably have the world’s 9th largest economy, not to mention a terrific agricultural universe of pot and wine.

@SanFranLefty: It would be heaven.