Stinque
Home Latest Comments Log in
If it smells, we’re on it.
Stinque
Assholes, they do vex us.
Stump The Panel

A Thesaurus of Earthly Delights 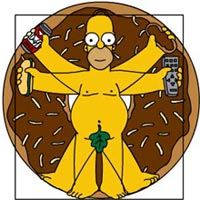 Joe Wilson, last seen trying to turn Congress into Parliament — apparently not all European traditions are bad — either rivals Homer Simpson for stupidity, or fears that his constituents do:

Joe might also want to look up blockhead, clod, cretin, dimwit, dingbat, dolt, dope, dork, dullard, dumbbell, dummy, dunce, dunderhead, fool, idiot, ignoramus, imbecile, jughead, lamebrain, moron, nitwit, pea brain, and simpleton. Because we’re sure we’ll get around to using most of them to describe him in the months ahead.

Rep. Joe ‘You lie!’ Wilson: I needed to look up ‘dithering’ in the dictionary, but I still agree with Cheney [Think Progress]

I actually had to look up what “dithering” meant

you simply can not make this stuff up

today my sister sent me a health care rant from Krauthammer.

my reply was, you know. I have begged and pleaded and Im done. you want to read this shit fine. stop sending it to me.
just stop. you want to send me the daily maxine fine. but I get one more of these and I am blocking you.

heh, just saw this.
In other disasters, we just saw the Avatar trailer.
heres the funniest part:
Delgo vs Avatar
make sure you click on the thumbnail images.
Delgo, as you may or may not know, was as the article point out the most disastrous wide opening in movie history.
but wait. its gets better. if you check out IMDB you will see if you scroll down that the Visual Effects Supervisor was, well, me.
to make it even stranger I did some early test work on Avatar.
in 1995. you read that right. 1995. I have an Avatar tshirt from 1995.

ps
that Grubb guy had nothing whatever to do with the effects. I have tried to get him to remove that credit but not that hard really.
one other small ps
the movie is not really THAT bad. to put it another way, Space Chimps (which came out about the same time) did not make more money because it was a better movie. it made more money because it was advertised. Delgo was not. at all. it was a independent production (the first fully independent CG film made in the US) and after the guy paid for the distribution there was no money for advertising. he just hoped people would see the poster and go in. bad call.

since I have already careened off topic
got and IPhone?

@Capt Howdy: Big guy, to facebook me, email me at wisterley@me.com.

Us longtimers all got together eons ago at…. mmmfffgh…gaaarrrghhhhh….

(whispers) nojo is so strict. Smack botty and such as.

you know
the scariest part of this is that apparently these people see Bush and Cheney as intellectuals.