Stinque
Home Latest Comments Log in
If it smells, we’re on it.
Stinque
Assholes, they do vex us.
Aftermath 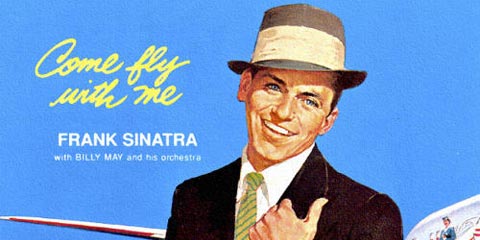 The episode that transfixed the nation last week — a spaceship-like balloon floating through the Colorado skies with a 6-year-old boy named Falcon believed to be inside — was declared “a hoax” by the Larimer County sheriff’s office on Sunday.

“It has been determined that this is a hoax, that it was a publicity stunt,” the Larimer County Sheriff Jim Alderden said at a news conference in Fort Collins, Colo., one day after re-interviewing members of the now-famous Heene family about the case. “We have evidence to indicate it was a publicity stunt done with the hope of marketing themselves to a realty television show sometime in the future.”

Falcon’s parents are in deep shit for the stunt — three felonies are being considered, incluing “conspiracy between the husband and the wife to commit a crime, contributing to the delinquency of a minor and an attempt to influence a public servant, the last of which carries a prison term of six years.”

We of course were hesitant to call the play based on what seemed an uncertain response by Falcon to Wolf Blitzer’s question, and we regret missing the opportunity to join early in the vituperation. But everyone must admit it was a damn good show, start to (now) finish.

Those poor kids – famewhoring parents, and dangerous stunts to boot.

@blogenfreude: Growing up “Falcon” is probably worse than “Piper” or “Prudhoe”.

So, how long did you play with “Falcon and the Showman” headline, Nojo? Look for it on the Daily Show…

@The Nabisco Quiver are Go!: Didn’t cross my mind, but I did sit on the post five or ten minutes trying to come up with a headline.

@blogenfreude: I thought it was only children of mixed-race parents we needed to worry about.

do it again please!

@The Nabisco Quiver are Go!: A commenter on another blog (cant remember which one) went with Falcon and the Snowjob.

There once was a fame whore man boy who was crazy as he sat on the hillside building a UFO. To amuse himself he took a great breath and sang out, “Balloon! Balloon! The Balloon took my son!”

“Don’t cry ‘balloon’, fame whore,” said the villagers, “when there’s no balloon!” They went grumbling back down the hill.

Later, the fame whore man boy sang out again, “Balloon! Balloon! The balloon has got my son!” To his naughty delight, he watched the TV cameras show up at the hill to help him rescue his son.

When the villagers saw no son they sternly said, “Save your frightened song for when there is really something wrong! Don’t cry ‘balloon’ when there is NO balloon!”

But the fame whore man boy just grinned and watched them go grumbling down the hill once more.

Later, he saw a REAL balloon prowling about his son. Alarmed, he leaped to his feet and sang out as loudly as he could, “Balloon! Balloon!”

But the villagers thought he was trying to fool them again, and so they came to arrest him.

“There really was a Balloon here! It took my kid! I cried out, “Balloon!” Why didn’t you come?”

“We’ll help you look for your son in the morning,” he said, putting his taser in the back of the man boy, “Nobody likes a fame whore…especially when he’s used up his 15 minutes of fame!”

@Promnight:
If he said he was in the balloon. Hey, fine. Even a Captain Janks style phone call. Okay. Just seems rather fucked to use one’s kid as a prop for one’s own failed ambitions.

TJ, totally off topic, I must speak of my uncle John, who died 10 years ago, I happened to think of him, and want to tell of him.

His parents, my grandparents, came to the US from Ireland in 1910, married in 1915, he was born in 1921. His mother died in 1925, he was sent back to live with his grandparents in Ireland, came back just before High School, WWII started just when he got out of high school.

He was in Pattons 3rd army, landed in Normandy the day after D-day. Was cut off in the Battle of the Bulge. Was personally yelled at by Patton, once. Drove a gasoline tank trunk bringing fuel to the tanks. In 1945, his unit reached the Elbe, and met the Russian army coming from the east. he drank vodka toasts with the russian troops.

Came home, became a cop, was a homicide detective in Hollywood, Florida until he retired. Cool dude, nicest man I ever met.

He never told me of any of this shit until the last time I saw him, right before he died.

@ManchuCandidate: Yeah, I know. Bad example to bring forth my comment, but my comment is still true, too much outrage, not enough laughter.

@ManchuCandidate: No. No, you do not.

But wouldn’t it be great if he was whacking off to a Sal illustration?

@Promnight:
I can agree with that.

It’s not just US America. Canada City has it’s moments, too. We get too offended when a US comedian makes fun of us. We, as a people, make fun of the US (it’s ingrained in our culture) but when the tables are turned, many folks kinda lose their shit.

One thing that bothers the hell out of me is how (mostly RW) some Canucks fetishize our war dead. About a month ago, a Deadspin article mentioned the Toronto Blue Jays who got into a brawl with the NY Yankmes. The author wrote a line that basically said “it was the bloodiest day in Canadian history.”

That day, a Canadian soldier was blown up in Afghanistan. I still laughed at the comment. Truth is, I’m kind of proud my home doesn’t have many days like those.

A whole bunch of offended Canucks wrote some of the stupidest nationalistic shit I have ever read.

I’m proud of my homeland, but it pisses me off that many of my fellows can’t take a snide comment and let it go. Instead, it was a point of national honor.

On the other hand, I have to agree with those who were pissed when NY Islander fans booed the Canada City Anthem (2002) during a playoff game with the Maple Loafs the day after a USAF F-16 used our troops for target practice in a friendly fire incident and killed 4 of them. I don’t care if Isle fans boo the Loafs (it’s their right) just keep it down with the anthems. When the series resumed in TO, I give the Loafs fans credit for cheering the US America anthem.

My understanding of Isle fans is that they’re not exactly the sharpest/wisest of the bunch.

@Promnight: Setting aside the elephant in the balloon, I think the whole episode is hilarious — especially because of the faux outrage.

Everyone blames CNN for covering something everyone couldn’t resist watching. And then everyone blames Dad for providing a fine afternoon of entertainment — when really everyone just wants to keep the story going. America hasn’t seen a hoax this fun since Death Panels.

Of course, Mom & Dad are manifest child-abusers. But that just makes it a guilty pleasure.

@nojo:
I find it amusing at how pathetically low the parents will go to gain fame.

Who knew that Wife Swap was a gateway fame drug for fame whores?

And his theories on magentism in tornados. Let’s see… no metal, no EM radiation and no means of generating a magnetic field. Yeah, it could “work.”

@ManchuCandidate: Or how much Denton will pay for an exclusive.

Of course, Denton’s a Brit, where they have different attitudes toward checkbook journalism. Part of the fun watching the BBC version of State of Play is Editor Shaun’s Dad throwing wads at sources, and nobody batting an eye.

Good thing balloon daddy isn’t black or brown. If he’d pimped those kids out like that for Tila Tequila, Colorado CPS would have seized those kids two nights ago. Better than AmEx, Caucasian skin has its privileges.