Our Kind of Marxist 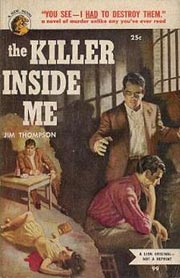 Back at the Book Birther Beat, the National Journal asks Bill Ayers whether he really did ghostwrite Obama’s first book, which would constitutionally disqualify Barry from holding office:

“Here’s what I’m going to say. This is my quote. Be sure to write it down: ‘Yes, I wrote Dreams From My Father. I ghostwrote the whole thing. I met with the president three or four times, and then I wrote the entire book.'” He released National Journal’s arm, and beamed in Marxist triumph. “And now I would like the royalties.”

We applaud his forthrightness, but we suspect he’s still holding back. We’ll just have to wait until publication to prove that Ayers also ghostwrote Going Rogue.

Bill Ayers: Sure, I Wrote Obama’s Book. Now How ‘Bout Those Royalties? [TPM]

What else is new? It’s a little known fact (due to the suppresion of the original document) that Karl Marx ghostwrote the Gettysburg Address. Lincoln tightened up the body of the speech by omitting the 30 page section analyzing the Civil War in terms of Northern capitalism superceding Southern feudalism. He also rewrote the part about the “government of the proletariat”.

@Jesuswalksinidaho: Actually, it was Engels who took Marx’s complicated prose and made it more or less readable.

Also, Lincoln was born in 1809, before Illinois was a state which means he wasn’t eligible to be President. Which means the civil war was unconstitutional and the slaves were never freed!

Kentucky, you say? Oh, that was just a smoke screen; his mother “conveniently” filed the birth certificate there, rather than Illinois, it’s all in the documents I have in this satchel here…

@The Nabisco Quiver are Go!: Lincoln never had a birth certificate. Abe claimed Kentucky just before the 1860 campaign.