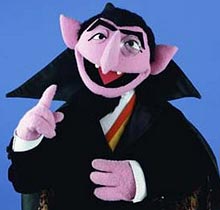 Joe, as we’ll call him, was frustrated. He was looking forward to extensive reports of the largest protest in world history, and nobody covered it. Not CNN. Not MSNBC. Not even the World Fishing Network.

“I surfed all channels Sunday looking for the big story on the D.C. march and found none — save Fox News,” he told WorldNetDaily. “I was infuriated. How can anyone who calls themselves a journalist ignore this?”

Indeed. The angry mob on the Mall could have easily filled all but the upper deck of FedExField — and nobody in DC ignores the Redskins. Whose microphone do you have to suck to get some attention in this country?

And then, bursting forth from a blazing ring of Oxycontin, Rush Limbaugh provided the answer:

The protest in Washington on Saturday was great, two million people, but imagine what a force multiplier it would be if the next one were held outside of local and national television networks and their headquarters where they can’t miss it?

Yes! Of course! The networks can’t fail to notice the teeming masses outside their headquarters! Look how well it worked for the Letterman protest!

Result: Saturday, October 17, television stations nationwide will be inundated with crowds while their news staffs have the day off. Try to ignore that, Obamedia!

Operation: Can You Hear Us Now?

Just like newspapers ignored the protesters at Prezit Bunnypants installation. I know because I was there. But what that administration did was to make it so difficult to get anywhere near the route that the huge number of protesters who attended couldn’t be seen. The bus I was on got to DC so early we were able to get through the tiny entrance to to the ‘free speech’ area behind the bleachers opposite the Republican Party HQ down near the National Theatre. And somehow we took over those bleachers and so were able to shriek at the Preznit’s Bunnymobile as it passed. But I didn’t see any of that written about anywhere except, perhaps, for the Nation.

I think the lesson is that they don’t report about anything they don’t want to report about. And then they get everything wrong. No disrespect to cub but whenever I’ve seen anything written about in the papers of which I have direct personal knowledge, it’s always been wrong in almost every detail. I daresay there are many exceptions to my, admittedly, subjective rule but this is why I never read the NY Times.

Wait, is body fat and crazy a force multiplier?

Now we know who’s been inflating their dick size.

THE KOKESH CAMP
Adam Kokesh
The heavily Democratic northern congressional district (NM-3) is safely in the hands of US Rep, Ben Ray Lujan. Because of the long odds of taking it back, you would think the R’s would be giving it little attention. But Republican Adam Kokesh has tapped into national libertarian money and is off to the races. From his campaign:

…Michael Lebowitz, a Washington, D.C. attorney… has joined the Kokesh for Congress team. “As a fellow Iraq Veteran, I am honored to assist the Kokesh campaign as its legal counsel.” Mr. Lebowitz stated…

Kokesh, 27, a Marine who served in Iraq, has reported raising $70,000. He protested the war upon his return. He is being supported by Texas GOP Congressman Ron Paul, a onetime Libertarian Party nominee for president who in 2008 ran for Prez as an R.

Kokesh will be able to make a lot of noise with the early money he is raising, and if it keeps coming in, he could be one of the first congressional challenges for 2010 to hit the airwaves.

I bumped into Congressman Lujan at the coffee shop the other day and asked him about Kokesh, prefacing my comments with the aside that his district is heavy Dem.

“I worry about anyone who is running.” Said Lujan of the Kokesh candidacy.

In politics, worrying about the other guy is a good thing.

One of the worst turns of a phrase ever:

‘Cause we all know the Republicans hate any kind of ‘backdoor action’, unless it involves a Congressional page or an airport bathroom…