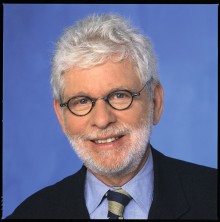 Richard Cohen just can’t figure this torture thing out. He’s worred about Ishmael, a terrorist he dreamed up:

Now he is in American custody. What will happen? How do we get him to reveal his group’s plans and the names of his colleagues? It will be hard. It will, in fact, be harder than it used to be. He can no longer be waterboarded. He knows this. He cannot be deprived of more than a set amount of sleep. He cannot be beaten or thrown up against even a soft wall. He cannot be threatened with shooting or even frightened by the prospect of an electric drill. Nothing really can be threatened against his relatives — that they will be killed or sexually abused.

Don’t you hate it when you can’t threaten to fuck a detainee’s grandmother?

Yes, our interrogators will shit their pants and flee the room when a detainee laughs at them.

This business of what constitutes torture is a complicated matter. It is further complicated by questions about its efficacy: Does it sometimes work? Does it never work? Is it always immoral?

No one can possibly believe that America is now safer because of the new restrictions on enhanced interrogation and the subsequent appointment of a special prosecutor. The captured terrorist of my fertile imagination, assuming he had access to an Internet cafe, knows about the special prosecutor. He knows his interrogator is under scrutiny. What person under those circumstances is going to spill his beans?

I am torn between my desire for absolute security and my abhorrence of torture. The one thing I know is that ideology does not provide an answer. For me, it settles nothing that Dick Cheney supported enhanced interrogation and that Cheney was wrong and deceitful on the war. It settles nothing that Cheney defined torture as something so extreme that almost anything less than, say, the rack is permissible interrogation. The issue is not Cheney. The issue is the issue.

I don’t know about you, but if a former vice president committed war crimes, I think that’s an issue. And Cohen’s desire for “absolute security” is a shibboleth.  It is meaningless, empty, and facile.  It is the heighth of intellectual dishonesty.

I left the following comment, but I doubt Mr. Cohen will get it, or even read it:

That this sort of thinking is tolerated in this society is damning. Torture is illegal – Saint Ronnie signed a bill that said so, and multiple treaties say so. It doesn’t work – a guy present at KSM’s interrogation said so (hearing w/ Sheldon Whitehouse). We are better than this, or so I thought. Mr. Cohen, you are an insulated and sick little man, and your medieval views are disgusting. You need to address this.

Our discourse is a disgrace.

What a Neanderthal. Someone who thinks, as Cohen does, that brute force is the only way to get what you want from another person certainly can’t lay any claim to be an intellectual. Hell, I’ll bet he can’t lay anything. A one minute missionary man, for sure.

Reading this gives me the idea that Dickey Cohen is a JUST a tiny bit of wussy and that he’s got a yellow streak a couple of hundred miles wide and 20000 fathoms deep.

The literature is out there. The closest analogy we have to Islamic extremists – the completely brainwashed Japanese of WWII Pacific theater – were not tortured after capture because it would have lined up exactly with that they were told by the propagandists’ confections. Cigarettes, hot water and hot food and objectively confirmable fact turned a lot of them to the extent that Japanese captives themselves were editing the US forces’ propaganda leaflets by wars’ end. Executive officers made the radical decision that they could not flush out a corps of brainwashed suicidal maniacs one by one and decided to try telling them the truth of their situation in ways they could confirm (and compare against the factually challenged propaganda) to gain their trust.

As I mentioned over at the W, it’s a little-known fact that Herman Melville was a rice queen. True story.

my abhorrence of torture

Uh-huh. Pull the other one, it has got bells on.

@FlyingChainSaw:
There you go with the facts. Tiny Dicky doesn’t care for facts. He’ll sell his grandkids to cannibals so he can be safe. That’s how much he loves US America and all it stands for.

@Tommmcatt Floats:
Are you saying that Moby Dick was a metaphor for penis?

The fact that Cohen took Cheney’s latest bait is the most disheartening. Did anyone else notice how unusually amped Darth Cheney seemed in the clips they’ve shown of his FOX interview? I kept telling Ma Nabisco that he was either unwell (oh pleasepleasepleasepleaseplease) or so askeered of finally being indicted that he’s at risk of blowing out that CoreAZone3000 they implanted in him during the last “check up”.

Torture is defined and on the books as a criminal offense, Mr. Cohen. Do the crime, do the time. There is no fucking gray area.

@ManchuCandidate: Oh, it gets much worse. We have contemporary examples in the Philippines of special forces turning whole regions of islands that had gone Islamofascist by fixing the water delivery and throwing up clinics for the kids. It gets worse still. This approach to conflict engagement was predicted and prescribed by researchers at the war colleges starting in the 1960s! CheneyCo not only took a long juicy shit on well-charted history but flipped the bird to the whole body of study in asymetrical warfare, a discipline championed in part by guys who witnessed the savage, senseless mistake of Vietnam. All of these jackasses live in cheap spy novels and animate them as policy.

I would expect the Washington Times to print this, not the Post. Other than Gerson’s shit and Krauthammer’s musings, this is the lowest they’ve been.

Stinque Overlords: I’d like to nominate Rep. Lynn Jenkins for Douchebag of the Day (maybe for tomorrow?) for her comment to a mother who works as a waitress and whose 2 year old son hasn’t seen a doctor for 21 months due to lack of insurance, that she needs to “be a grown-up and go buy the insurance.”

And then after that, I’d like to nominate the Nevada officials who caused a young man with a congenital heart defect to die because they refused to cover his heart transplant under Medicaid, which he had to go on because no insurance company would insure him.

I can’t wait til 24 starts back up – word is it takes place in NYC, and he is a peace-loving Muslim now. No shit.

@SanFranLefty: I saw that – she was a close second.

And what sort of award should we give this woman?

@blogenfreude: At the very least, you forgot George Will (though I’m only familiar with his global warming foibles, and he may be above board so far as torture is concerned).

@Jamie Sommers: I still can’t get over the fact that Peter Jennings’ wife cheated on him with Cohen.

Oh, you know the detainee is guilty? Good for you!

@Mistress Cynica: For real? Before she hooked up with Holbrooke? The Jennings’ kid’s wedding announcement was in the Gray Lady on Sunday, and many column inches were taken up with her parents’ and step-parents’ accomplishments. It was a wonder the groom (or the bride) were mentioned at all.

@mellbell: @SanFranLefty: Yup. I know. I can’t imagine what would make one do such a thing–I’ve never been that drunk in my life.

@RomeGirl: I made the mistake of watching the one good season of 24 (scheming prez and batshit wife), then hoping the next three seasons would live up to it. Last season was so awful, I may actually be cured of my addiction, despite Dave Barry’s liveblogging.

@blogenfreude: And Tom Tomorrow hit it out of the park this week.

TJ, but would it freak anyone else if there was a creepy ice cream truck rolling around downtown streets in your city, near your university?

What is this, bring Nabisco up to date on political/journalist gossip week? What’s next, Katie Couric and Not-Steve Doucey had a love child, and she’s a Code Pink/Paultard?

@rptrcub: Only if there were clowns driving. And I mean big shoed, red-nosed clowns.

ADD: @Nabisco, the presence of clowns makes anything worse.

@rptrcub: Does the guy driving the ice cream truck have a mustache? Definitely child molester if the answer is yes.

@The Nabisco Quiver: Clowns freak me out. They’re almost as horrifying as mimes.

@Mistress Cynica: The one in my childhood neighborhood played Für Elise, which was actually quite nice, if tinny.

@SanFranLefty: Yes. What’s more disturbing though is that he’s driving it around a college campus, passing the Jeebus freak yelling about how all Muslims want to kill us and co-eds wearing hipster Bob’s-House-of-Soviet-Eyewear frames without lenses passing by.

This while the temperature has not cracked 70 all day. In Atlanta. In the summer.

@mellbell: Wow, then you must have enjoyed “Inglorious Basterds”!

@rptrcub: Wasn’t there an X-files episode where an alien landed and drove around in an ice cream truck? Either that or an exterminator truck.

Hey, brief server issues here so I lurked over at W. *shakes head* is alls I gotsta say.

ADD: @ManchuCandidate: good call, I may be creating a mashup in my head.

@The Nabisco Quiver:
Men in Black?

@redmanlaw: Never get tired of the IDF gals. That actress? She plays one of Denis Leary’s crazy hookups on “Rescue Me”.

@The Nabisco Quiver: Well, it’s not like those folks weren’t around when we were there. We just read past them.

Oh, you mean the posts…?

And how exactly can we prove that this “Richard Cohen” isn’t actually a commie-crazed brown-skinned Muslin in whiteface hellbent on destroying these here U-nited States? He doesn’t even set off my Jewdar.

Only by hooking his testicles up to a car battery and turning on the juice full-blast can we know for sure.

@Original Andrew:
I don’t know about you, but I demand nothing less than absolute security. Better make it two batteries, just to be absolutely sure.

@nojo: 24 is something you have to give yourself to heart, mind, body and soul. You just have to go with it and live in that world. I LOVE 24.