Stinque
Home Latest Comments Log in
If it smells, we’re on it.
Stinque
Assholes, they do vex us.
Die! Die You Fucking Monster! 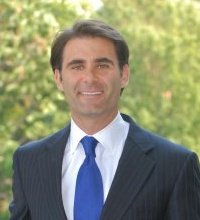 Alleged Insatiable Schlong Gobbler Andre Bauer Hates the Adulterous Governor Mark Sanford Because He Knows the Heart and Soul of the GOP is Gay-Bashing Closeted Gays - Like Him!

Legendary Closeted Gay Outer Michael Rogers is going on record and on radio today to testify that Andre Bauer, Lt Governor of South Carolina, home of Gov. Mark “Poontango” Sanford is a schlong gobbler of legend among his colleagues, staffers and gobblees, wantonly chugging down man meat with the kind of religious zeal usually reserved for license plates in his state.

What a hoot! What a home run for the party of family values! While Sanford was running around pestorking the bejesus out of a TV reporter in Buenos Aires, Bauer was hurling the hate at the gays and, at the same time, inhaling all the schlong he could get his hands on, according to Rogers’ Blogactive site. Rogers is also taking his findings onto satellite radio this afternoon in interview on the Michaelangelo Signorile program – from 2-6 on Sirius.

Rogers traveled far and wide interviewing people who’d been hit on by this relentless gay satyr, people who’ve observed him having secret liaisons with young men in hotel rooms – and who’ve personally fed him some man magma.

“How do you know?” Rogers asked one witness in DC.

“Because I’ve had sex with him on two separate occasions.”

Bauer is a noted anti-gay GOP psychopath in the South Carolina political corps, which apparently is almost totally comprised of poontang crazed adulterers like Sanford and closeted gay-bashing gays like Bauer.  If the state political crowd were honest with themselves, South Carolina apparently would be an open-marriage, free-love, gay-love capital of the US, the parks and beaches squirming with heaving heaps of sweaty lovers.

South Carolina politician Linda Ketner recently said after losing a tight race with an incumbent US House representative, “We have more gay people serving in South Carolina than probably in any place in the United States,” Ketner said. “They’re just not out of the closet.”  The three examples that Ketner gave in interview were:  U.S. Senator Lindsey Graham, state Senator Glenn McConnell and Lieutenant Governor Andre Bauer.

Still, this constellation of gay politicians could be the conspiracy that keeps all sons and daughters of Dixie awake at night: the gays get marriage rights and all heterosexual marriages are annulled and straight spouses are forced into gay relationships at gun point, told to submit to the gay or be made into soap. Could it be that Rogers has helped to foil a gay coup in South Carolina, exposing the incredible conspiracy to turn the state gay? Was Bauer just playing the gay-bashing, reactionary Jesufascist, biding his time until he could take control of the state, order everyone to go gay and burn all the churches?

On top of that, the chair of the SC board of edumakashun, pusher of abstinence and “intelligent” design, resigned today for “famibly” reasons.

@ManchuCandidate: I just saw your comments note. Do you have a link to some of her stuff? Maybe the stuff wasn’t fiction. Maybe she just changed the names of all the people she works with. Seems like SC is just one big fuck-fest. No does anything but run around pestorking up a storm.

@FlyingChainSaw:
One of the kind commenters at Gawker posted a link.

Some say the governor of Texas, Rick Perry is gay. We are pretty near sure Rick is not gay.

@texrednface: Some?! Only some? What about the story of Anita walking in on him banging the Secretary of State?

@SanFranLefty: I remember that floating around – and Kay Bailey’s people having to remove keywords like “Rick Perry is gay” from her campaign site’s meta tags. Did his wife get rid of him?

@FlyingChainSaw: The geek in me liked that story — apparently they were scanning search terms actually used to reach Kay Bailey’s site, and plugged them in for reinforcement. (For us, “pestorker” searches have drawn 154 visits in the past month…)