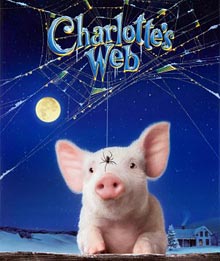 With the Birther Sitcom on hiatus, WorldNetDaily has turned its attention to the next authoritarian cabal that will provide a pretext for enslaving reality-dodging God-fearing Americans: Swine Flu.

The Pig Dawn scenario, in case you’ve been distracted by Project Runway, is that the Nazis subverting our Republic will use an H1N1 outbreak to declare martial law and put those reconstituted FEMA camps back into service.

Now all that’s needed is to mangle some facts to fit the fear.

Say, how about microchip implants?

A Florida-based company that boasts selling the world’s first and only federally approved radio microchip for implanting in humans is now turning its development branch toward “emergency preparedness,” hoping to produce an implant that can automatically detect in its host’s bloodstream the presence of swine flu or other viruses deemed a “bio-threat.”

And in case you miss the ominous connotation of “deemed,” WND links to an earlier example of how jackbooted veterinarians are already using municipal laws to field-test the implant technology on Patriot Pets in San Marcos, Republic of Texas:

“Chipping should be a voluntary decision made by a pet owner, in consultation with his or her veterinarian, after weighing the risks,” states Dr. [Katherine] Albrecht, a Harvard-trained researcher and privacy advocate. “It should never be required at the point of a government gun.”

So as flu season approaches, vigilant Americans should heed the warning of Ronald Reagan, the nation’s only God-given prophet: “I’m from the government, and I’m here to insert this radio-tracking device into your ass so it’s easier to stuff you into socialist concentration camps when the moment arrives.”

nojo
7:00 am • Monday • August 24, 2009
comment »
Choose Your Delusion
But is it wrong when we do it? Douchebag of the Day
14 Comments
ManchuCandidate

My favorite nutter conspiracy was using KIX cereal boxes to transmit maps of UN Control Zones for the eventual occupation of the US America by the New World Order.

BTW, who is their main writer? Mel Gibson?

Just as well they don’t want the vaccine. I’m sure they won’t need any socialized medicine when they get sick.

@ManchuCandidate: Why KIX? Why not Raisin Bran?

@FlyingChainSaw:
I dunno. Apparently, KIX had a map of US America on the back for a contest and the map had split US America into six regions.

Someone who ate way too much lead paint as a child started screaming about that and was later reprinted in Sen Franken’s book on Rush Limbaugh.

They thought about going with “Mexican flu” but “swine” is not just another word for “pig” but is also a bad name. And at this point Mexicans are hardly a danger compared to the swine demoncrats that are infecting US America!

@ManchuCandidate: Dang, and I thought it was our Big Secret.

@SanFranLefty: They thought about going with “Mexican flu” but “swine” is not just another word for “pig” but is also a bad name. And at this point Mexicans are hardly a danger compared to the swine demoncrats that are infecting US America!

Reminds me of the volunteer on a campaign I worked for who thought that the purpose of the anthrax attacks was to get everyone in DC to take prophylactic Cipro (which an amazing number of people did). She believed that Cipro was a mind control drug, of course. She frequently tried to enlighten us as to what was going on by saying “Can’t you see it, people?”

She had theories about the “chemtrails” too.

Why are paranoid tinfoilers the only people on earth who address people in the first person using “people” as a pronoun like that? Its so predictable its a pretty reliable diagnostic.

@karen marie: The ironic part? As long as it remains a “swine flu”, we’re in pretty decent shape. Fairly virulent, sure, but relatively benign. My son had it this summer, really high fever, shits and other nasty flu stuff (it’s the GI distress that separates H1N1 from the seasonal variety). Mortality and morbidity rates are just slightly higher than the seasonal influenza we always get.

However, and this is a biggie, there have been cases of the virus passing to chickens, which means it _may_ be mutating into a human/pig/bird virus that will be more virulent and potentially more deadly. Or it could just give us the sniffles. But that vaccine that is being tested now for use in October or November? May be entirely useless if the thing grows a new protein or something.

They forced me to microchip Thor at the point of a gun when I got him. Forced me to have his little ‘nads cut off too.

Oh, the humanity! Now if he gets lost I can find him, and I won’t have to be responsible for any puppies he might create because, well, that’s not a going concern anymore.

OPPRESSION! Excuse me while I go find a gun to cling to at church.

Is this the revenge of the pigs? If so, count me in!

Cats look down at you
Dogs look up at you
Pigs is equal.

Isn’t anybody else concerned that a government issued microchip is going to procured either as a low bid product or through a Congressional earmark? And you thought it was bad when your fillings started picking up Sean Hannity’s radio broadcasts….