Stinque
Home Latest Comments Log in
If it smells, we’re on it.
Stinque
Mastodon: @stinque@mas.to
Birthers 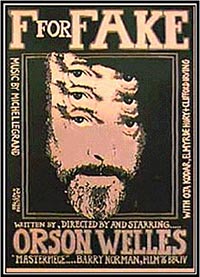 Faced with conclusive evidence that the Kenyan birth certificate is a forgery of an Australian original posted in 2007, Orly Taitz does the only reasonable thing: shuts her eyes and screams as loud as she can…

Debunking Obama’s thugs in the media

Recently Obama’s thugs in main stream media came up with this Bomford report in order to stop my efforts in exposing and prosecuting Obama. Though typically I don’t have time to waste on each and every dumb obot, since it got to National TV and my children”s friends called my children, I’ll spend a few minutes to debunk the obots:

2. More then one person had certified copies of this document.

3. the document was not issued at birth, but rather was a certified copy obatained in1964, when Kenya became independent

4. The documents from that time would not show Zanzibar, but rather Kenya

5. Bomford report was created to try to discredit my efforts

6.lastly, I am not supposed to waste my time and money on this issue, Obama us the one who is supposed to provide evidence of legitimacy

7. Kenyan BC provides more info than the piece of garbage Obama posted on the n et, which doesn’t have the name of the hospital, name of the doctor or signatures.

8. Chioumi Fukino and Obama and all their Nazi Brown Shirts in the main stream media need to give it a rest and provide an original hospital BC and the corresponding  big thick hospital Birthing  file from the Kapiolani hospital. If they don’t have such a file, all of them need to resign immediately or they will be prosecuted for massive fraud and treason to this Nation. (in case you didn’t know, treason  carries punishment of  life in prison or death penalty).

In other news, WorldNetDaily has yet to retract. But the day is young.

Debunking the obots, Bomfort report. Time for Obama and Fukino to pack their bags and go. [Orly Taitz; WARNING: Some browsers identify her website as virus-ridden.]

Adelaide man caught up in bid to oust Obama [ABC/Australia, via CheapBoy]

She is great. She’s all but howling, ‘Death to Obama’. I hope she is on suicide watch by people with cameras.

I assume that all of the typos and misspellings are in the original.

@SanFranLefty: Yes. I couldn’t bring myself to clean up a masterpiece.

So wait. Even though Black Eagle was born in 1961 and Kenya didn’t become a country until (she claims) 1963, that’s still a legit certificate to her?

OW. THE STUPID, IT BURNS.

What’s next? Will she explode with rage? Go on camera and bounce around the room like Daffy Duck in one of his early cartoons? I’m on tinterhooks…

Also, you have to love the idea that people MUST produce a document OR IMMEDIATELY resign OR SUMMARILY be executed for treason. I’ll try that one with the product managers here when a creative work order is late…

Nobody fucks with Big Dog.

Wow, I go off the grid for 24 hours and the crazee doesn’t cease! This Orly Taitz is doing true justice to her Slav roots, of which I claim a bunch. She’s as nutty as Milosevic howling in the dock in the Hague, and I wouldn’t doubt that this ends in an utterly tragic, Tolstoy way.

@Signal to Noise: Although the point is moot now…

The Kenyan certificate was purportedly a legal copy of the original — just like the Hawaii “short form” represents the Obama original in the vaults. So the 1964 issue date as such was not the problem.

Instead, Kenya became a dominion in 1963, and a republic in late 1964 — months after the date of the forgery. That’s why “Republic of Kenya” made folks suspicious.

@blogenfreude: He showed up with a pound of cocaine and a carton of Lucky Strikes in trade for the chicks, gambling they’d be hot for him and will offer him some savage pestorking as a reward.

@Tommmcatt Floats: This is my favorite: 6.lastly, I am not supposed to waste my time and money on this issue, Obama us the one who is supposed to provide evidence of legitimacy

Yes, every 15 or 20 minutes or as many times an hour as RNCbot demands.

@FlyingChainSaw: People here in New Mexico are taking the Clinton trip as a sign as how far sometime-freelance diplomat Bill Richardson’s star has fallen. I see BR retiring to a beach in Mexico to smoke cigars under a palm shade in a wide brimmed straw hat, gaining weight and chasing chicks.

…all of them need to resign immediately or they will be prosecuted for massive fraud and treason to this Nation. (in case you didn’t know, treason carries punishment of life in prison or death penalty).

I don’t know, but that might be incitement right there. Is this enough for the Treasury agents — the strong, slient ones, with earpieces — to pay a visit and have a friendly chat? Please say yes. PLEASE PLEASE PLEASE.

@FlyingChainSaw: I was thinking Black Label and Thai hookers, but whatever.

@redmanlaw: You say that as though there is something wrong with it.

@redmanlaw: His star as freelance diplomat or any diplomat at all was snuffed cold and thrown off of a bridge the second Swampsow was appointed Secretary of State, given that his endorsement of Obama publicly fucked the Clintons who are savagely narcissistic and unforgiving monsters and divide the world between evil fucks who must die and those who act like reasonable human beings and beg to lick the shagnasties from their hairy, crusted assholes.

@chicago bureau: Secret Service has its hands full with Obama getting like 100 death threats an hour. I dunno if they could take someone shouting craziness in full view seriously when they’ve got entire Adkisson Brigades on their hands.

No word on whether Bubba said that the DPRK was kinda sorta right about Hillary.

FlyingChainSaw: Well, seeing as Adkisson Brigades have taken lesser stuff (like Bernie Goldberg’s rant/book) as causus crazi — I really would have the boys swing by her place for a talk.

@blogenfreude: if this is what we get from Black Eagle’s selection of the Hillbot for State, then I can get with this “two for one” scenario.

Oh, and there’s this:

God Almighty — what could those calls have been like?

Friend of kids: “Damn. Your mom’s chock full o’nuts, isn’t she?”
Kids: “Yep. Not much we can do about it, really. Too sane for involuntary admission to The Bin, too crazy to explain away. We’re stuck with her.”

Kids: “Our friends are saying that you’re crazy. We’re with them on this one.”
Orly: “Is that so? Well [incomprehensible strand of invective that lasts for two minutes without a breath] DESTROY OUR COUNTRY!”

@chicago bureau:
I’m betting even the family dog looks a lot like this:

@chicago bureau: If news weren’t infotainment, no one farther than 10 feet from this wacko would ever hear about her.

@chicago bureau: Aha, that’s why she fled California for Israel, it has nothing to do with avoiding a Rule 11 motion or the state bar, she’s avoiding getting 5150ed* by her kids.

*Also known as “72-hour-hold” or “the LPS hold” or thanks to the most famous celebrity to experience it lately, “the Britney Spears hold.”

Who is this Bill Richardson guy you keep talking about? A salesman of some kind?

@Tommmcatt Floats: He could have been your president.

Would you have taken that bet, even back then?

Sorry, don’t mean to snark on the guy- actually, yes, I do, I do mean to snark on him, I snark on everything, come to think of it- but if he’s guilty, it a huge disappointment, because I did think pretty highly of him. It would almost be as bad as John Edwards was.

@Tommmcatt Floats: “Would you have taken that bet, even back then?” Fuck no. Mama didn’t raise no fool.

Hell, the people who work for him snark on him, such as my friend Snarky Indian Lawyer Girl.

@redmanlaw: Who just got the boot from Black Eagle?

Someone said this a year or two, I guess it must be, on Wonkette, and I have committed it to memory: “The stupid was so thick you couldd saw it into blocks and pick them up with tongs.” I wish I could remember, was it you, FCS? What an amazing image. The mention of the tools, a saw, and tongs, so wonderfully evokes the dense, slightly brittle texture of the stupid, a saw won’t work on anything soft, you cannot really saw flesh, or rubber, you cannot even pick up cubed jello wth tongs, no, that was a firm, hard stupidity, a stupidity that required the most robust of tools to cut through and dispose of, I chuckle every time I remember that quote.

Jon Stewart (in response to comment about Barry’s sinking polls): “But no politician maintains that kind of honeymoon popularity forever — it is a marathon!”

A friend of mine was at the taping of tonight’s show – she’s the one hooting and hollering.

@SanFranLefty: SC bit was a classic. And your friend’s laugh got this notice in the comments:
I think Jon was bothered by the crazy lady’s laugh in the audience.

I love that she says at #6, “lastly” and then has two more points to make.

I also love that she LOOKS crazy. I’d actually be scared of the influence she would have if she spoke, acted and looked normal.

Friend just posted this link, which makes me so happy: