AfterbirtherWatch: You’re Dead to Us, O’Reilly 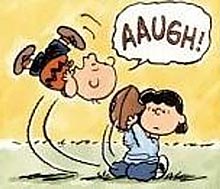 You have to understand, this was supposed to be WorldNetDaily’s moment. They’ve been pimping the birther issue all year, and today, on Barack Obama’s 48th birthday, they’re releasing a DVD that reveals everything.

Just as everyone is laughing at them.

And by everyone, we don’t mean the Usual Suspects like, um, us. We mean their fellow wingnuts, on Fox, at National Review, at Free Republic. The WND-promoted Orly Taitz certificate forgery was such a howler, everyone’s in on the gag.

And just to twist the knife: “There’s so many things that are going on that are not on the fringes, not conspiratorial.”

But WND barely had a moment to pout at Beck yesterday, since it was fuming at Bill O’Reilly for dangling an interview invite at WND Editor Joseph Farah, then viciously yanking it away. Hang on, folks, we’re running this long:

O’Reilly producer Ron Mitchell contacted Farah Sunday night asking if he could be on the program tonight. Farah replied that he was available and that details could be worked out with his publicist, Maria Sliwa.

In turn, Sliwa presented Mitchell with a short list of criteria for Farah’s appearance:

In turn, Mitchell replied that he would have to “discuss his requests with Bill.”

Two hours later, the reply from Mitchell came back: “I’m afraid that is not going to work for us.”

And they didn’t even get around to removing the brown M&Ms from the green room.

The FACTOR DISS! (extra S theirs) sparked yet another WND poll, where leading the pack late Monday night was this choice: “O’Reilly, Glenn Beck and Shep Smith have all dissed this issue now. I’m fed up with Fox News.”

(And our favorite WND reader comment: “The real reason is that the FOX folks are really just another bunch of media liberals with big mouths and no backbones.”)

The depths of our fascination with this Wingnut Schism remain unplumbed: The lemmings are going rogue, and there’s nothing their cynical elites can do about it.

Farah is going to lead his flock to the promised land. They will show Fox news what’s what.

Mmmmm… I love the smell of internecine warfare in the morning… smells like… VICTORY!

On another note, I just watched Peggy Noonan on Morning Joe, apropos the Obama tax proposals, waxing melancholy about how tough it is to raise a family on $250,001K a year and scoffing at the notion that these folks are somehow “rich.” Even Scarborough wasn’t buying her bullshit whole-cloth, noting that “in Pennsacola” you certainly are rich if you’re hauling in 250,001K a year. Left unsaid, of course, was that someone making $250,001 a year would probably pay something on the order of 10 cents more in taxes.

Still, you wonder how these penthouse dwelling Manhattanites gain any currency in the American South, given that the spout this sort of elitists nonsense. And yet the South remains solidly Republican. Shows you the power of lingering racial animus.

This would be one of the greatest farces of all time, if it all weren’t true.

No, no, no… it’s the date Obama claims as is 48th birthday… get your facts straight, NOJO!

That list is hilarious. Has Silwa ever watched Fox News before?

Also: I keep visiting their site, like one gawks at a car wreck, and I found it hilarious that they assert Obama placed Adolfo Carrion as the Urban Czar so he could continue to broker apparently big bucks deals in the Bronx.

Because, you know, the Bronx has clearly been the beneficiary of an influx of money.

@RomeGirl:
Maybe it was tactical strategery – he didn’t really want to go on and knew those demands would sink the deal but leave him able to blame O’Rly for being unreasonable.

People who are 48 this year: The President, Bono, RML, Mrs. RML.

@redmanlaw: And, most importantly, moi.

Why hasn’t Farah done more tv? He must have had his chances, but I never seem to hear about him on tv.