A Pawn in their Game 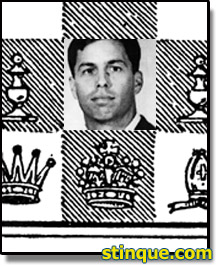 For the past couple of days CNN has been intermittently running with the story of Capt. Michael Speicher, a Navy pilot who was the first American casualty of the “first,” 1991 Gulf War.  Speicher’s plane was shot down over Anbar province during a bombing raid, and the pilots remains were apparently discovered and buried by Bedouin tribesmen. Recently an Iraqi civilian informed US forces of the location of the remains, and a positive identification and repatriation soon followed.  One interesting footnote to the story, however remains largely unexplored. The CNN story notes:

He was originally listed as “Killed-in-Action/Body-Not-Recovered” in May 1991. That status changed in 2001 to “Missing in Action,” and then to “Missing/Captured” in 2002, based on sighting reports in Iraq. Those sightings have since been discredited.

His status was changed back to MIA earlier this year.

“All the evidence that we were getting seemed to suggest that Scott was alive and being held against his will,” Nels Jensen of Little Rock, Arkansas, a high school friend of Speicher’s, told CNN. “And you know, we never sent out a search and rescue party, and if we had … none of this mess would probably have been necessary.”

With all the recent focus on the peculiar nutty conspiracies of the “Birther” crowd, its easy to forget that the promotion of such improbable scenarios for political gain has long been a staple of the U.S. political scene. Indeed, throughout the 1970s and 1980s, the theory that dozens, if not hundreds of U.S. servicemen missing in action since the Vietnam war were still being held in secret Vietnamese detention camps was often floated as a means of stirring up anti-communist fervor among the U.S. populace, and despite the outlandish nature of the charge it took firm root in the national consciousness.

And in the wake of the stunning revelations of official misconduct in the reporting of the true circumstances of the death of pro-NFL football player turned Army Ranger Pat Tillman, it should come as little surprise that the Bush Administration was quite willing to cruelly abuse the friends and family members of another serviceman by fanning false hopes that he might be alive, in order to extract further propaganda material in the run-up to the second Gulf War of 2003.  Never mind that the plausibility of such a scenario was virtually nil: why would Saddam Hussein risk certain invasion by keeping a U.S. airman imprisoned for 11 years? What could he possibly have to gain by it? And even accepting the implausible scenario of a soldier who had been kept imprisoned for a few several years after the war, would Saddam not have had such a prisoners secretly executed and cremated many years earlier precisely to avoid the fiasco that would result from his discovery? To say that the story of his continued imprisonment stretched credulity is to be far too generous to the story tellers.

There is a lesson in all this, of course. The lesson is that we ordinary citizens are too often viewed as little more than pawns to be shifted about in the geopolitical power struggle of the warmongers who hunger for the wealth of other peoples and other nations.

So that wasn’t him sending radio messages from Howland Island?

I think the Gulf I story about hospital brutality fits in here, too. And the lesson, alas, is that this stuff usually works.

@ManchuCandidate: There is no amount of vodka which will erase that mental picture.

Talk about a slashfic pair-up!

Talking about pawns in the warmongers’ games, today I talked to the person I know who is in the Army fighting the Taliban on the Afghanistan-Pakistan border. I consider him to be like a little brother to me. He’s seeing and experiencing things that no 22 year old should be going through. Six NATO soldiers, including three Americans, killed in the valley over from him this weekend. Survived a rocket-launched attack by the Taliban on his convoy last week that resulted in several of his buddies getting major burns when the vehicle he was in with them caught fire and another guy dying from inhaling the chemicals that was on one of the mini-bombs launched at them by the Taliban fighters. Can never calm down, or relax. When they walk to the latrine on the base, the Taliban fighters in the mountain hide-away across the valley shoot at them.

Makes me sick to my stomach that the U.S. couldn’t have concentrated on Afghanistan when it counted in 2002 instead of diverting all attention and energy to Saddam’s oil supplies and Shrub’s Oedipal complex to show his Daddy that he could get the job done in Iraq that GHWB didn’t get done in 1991. Makes me more sick to my stomach that the Army was the only viable life option for a poor black foster kid from the sticks. The hyper-vigilance he learned as a result of a childhood in foster care is serving him well in Afghanistan, I suppose.

He kept saying to me, “[SFL], I don’t know what the hell I’m doing here or why we’re all here – these people don’t want us here and will fight us the rest of their lives to get us out of here. I just want to be home with [wife] and [baby son].” I decided not to give him a historical lesson of the experiences of the British and Russians in fighting land wars in Central Asia. Now I can’t get a fucking thing done at work because I keep bursting into tears thinking of him and what the fuck, why the fuck, are we irreparably altering and destroying so many lives. Knowing that someone I care about so very much is facing such horrible threats makes getting through document review seem all the more meaningless.

@SanFranLefty: SFL, my heart goes out to you. It’s all pundits and blathering until you experience that kind of a phone call. Hell, I once met a returning soldier in Paris and when he told me he was as such, I burst into tears and hugged him. He was a perfect stranger to me.

What the hell are we doing.

@RomeGirl: I don’t like the Taliban guys but I don’t really see how they are a threat to us.

I’m the blathering type like that too because I grew up in a military town with multiple family members, friends, and parents of friends in the Army and Air Force. In the past few years I’ve somehow wound up seated on flights next to soldiers about to deploy on several occasions. I spent about 20 bucks on drinks for this one enlisted Army guy who was on his first leg of a long series of flights to Germany, and I didn’t care that he didn’t look like he was old enough to drink given his acne and generally scared shitless 18 year old kid appearance. If he was old enough to die for oil, he was old enough to drink on a plane, besides, what were “they” going to do? Arrest him for a MIP? Arrest me for contributing to the delinquency of a minor? Once I explained to the Southwest stewardess why I was ordering a 4th scotch-and-soda on a 7 am flight she pulled out the tray of minis and told the kid to “take as many as you need to get you to Iraq and back.”

It’s like – what else can you do? Much better way to treat the troops than that experienced by my uncle who got sucker-punched in the back of the head at LAX when he returned from a year in Vietnam.

@SanFranLefty: My godson enters the Army tomorrow. He still believes they won’t send him to Afghanistan because of promises the recruiter made. I get ill every time I think of it.

@Mistress Cynica: Yes, I know that nauseous feeling in the pit of the stomach when thinking of the recruiters and the bullshit they feed these kids. They lie through their fucking teeth to gullible kids. Yeah, kind of like how the recruiter promised my kid that he’d get stationed in Hawaii. Let’s review: he started in JamieSommers land of desert and mountains, and ended up in the mountain desert of the Afghanistan-Pakistan border.

@Mistress Cynica:
When I applied for the reserves, my friends who served told me that recruiters are a bunch of fucking liars. Army sends you where they want you.

@ManchuCandidate: No shit. If the sign-ups are so desperate, the truth won’t make them stop applying. Not like any non-SprawlMart jobs are coming back to rural Assfuckistan, U.S.A.

i just realized what makes israeli’s so damn annoying.
there is no volunteer army, there is no draft. every single high school kid, without exception, after graduation goes right into the army. those beautiful young girls of the IDF are highly trained warriors!
they’re very aggressive people. luckily, i hold my own and can out push all of them, and have occasion to, every damn day.
this is not a town for the faint-hearted.
i told my wise daughter i can’t wait to get back to civilization, my island. she pointed out that i am in civilization and i’m going back to lala land. civilization to me is a place where guns are illegal, even for police as opposed to here, where everyone has an assault rifle slung over their shoulder while shoe shopping. and i’m the crazy one.