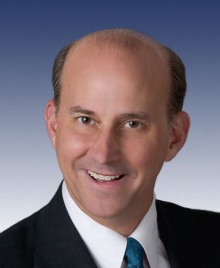 During the 30-minute interview about “nation ending stuff,” Gohmert used his opportunity on the [Alex] Jones show to showcase his own odd anti-Obama conspiracy theories:

GOHMERT: We’ve been battling this socialist health care, the nationalization of health care, that is going to absolutely kill senior citizens. They’ll put them on lists and force them to die early because they won’t get the treatment as early as they need. […] I would rather stop this socialization of health care because once the government pays for your health care, they have every right to tell you what you eat, what you drink, how you exercise, where you live.[…] But if we’re going to pay 700 million dollars like we voted last Friday to put condoms on wild horses, and I know it just says an un-permanent enhanced contraception whatever the heck that is. I guess it follows that they’re eventually get around to doing it to us.

The Kenyan Muslim with no birth certificate is going to kill old white people.

Fuck the killing the old white people, WTF is he talking about condoms on wild horses for $700 million?

Yeah, what the hell, man? Plus I wanna see those condoms. Or do they just use Hefty Bags?

Another GOP politician takes his marbles and goes home.

@blogenfreude: the scariest part is reading about the Paultards pushing for Ron’s son Rand to run for the Senate seat in the Politico comments.

I’m still rolling on the floor laughing about someone naming their kid Rand.

@Signal to Noise:
Oh oh oh oh please please please let him run. Please god, I’ll do anything. Think of the lulz. It would be almost as good as Bachmann coming back.

@Dodgerblue: Suffocate them with the trojan stallions, such as.

Apropos of nothing, Larry Craig has a new job. Craig said he’s glad to be out of Congress after nearly three decades. “Once you’re free of it, you really realize how free you really are,” he said.

“I’ve really worked through every problem imaginable in Washington,” he told the Post Register.

Plus one in Minneapolis.

@Jesuswalksinidaho: What do you mean “Apropos of nothing” – it should be “Speaking of stallion condoms in the Mountain West…”

@nojo: Worked really hard, If I might hazard a guess.

Wait, I think you all missed the point here. If ObamaSocialistCare passes, there will be a government bureaucrat there to put the condom on for us. I think that would be totally awesome.

@Nabisco: Is it a good thing or a bad thing that the last time I used a condom was 6 years ago on a cucumber in an ad-hoc sex ed lesson for a 17 year old client?

@SanFranLefty: Depends. Did the cucumber call you back?