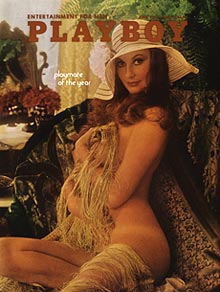 Sure, she misquoted Plato, but nobody cares about that outside philosophy departments. But now Talibunny’s tweeting Uncle Walter:

That one’s a staple among wingnut “media watchdogs” — and to nobody’s surprise, it’s twisted out of context.

PLAYBOY: Implicit in the Administration’s attempts to force the networks to “balance” the news is a conviction that most newscasters are biased against conservatism. Is there some truth in the view that television newsmen tend to be left of center?

CRONKITE: Well, certainly liberal, and possibly left of center as well. I would have to accept that.

CRONKITE: I think the distinction is both clear and important. I think that being a liberal, in the true sense, is being nondoctrinaire, nondogmatic, noncommitted to a cause — but examining each case on its merits. Being left of center is another thing; it’s a political position. I think most newspapermen by definition have to be liberal; if they’re not liberal, by my definition of it, then they can hardly be good newspapermen. If they’re preordained dogmatists for a cause, then they can’t be very good journalists; that is, if they carry it into their journalism.

As far as the leftist thing is concerned, that I think is something that comes from the nature of a journalist’s work. Most newsmen have spent some time covering the seamier side of human endeavor; they cover police stations and courts and the infighting in politics. And I think they come to feel very little allegiance to the established order. I think they’re inclined to side with humanity rather than with authority and institutions. And this sort of pushes them to the left. But I don’t think there are many who are far left. I think a little left of center probably is correct.

So yes, America’s Most Trusted Journalist used the L-Word. But he distinguished it from the other L-Word, the one always preceded by “Far” when it emerges from Bill O’Reilly’s piehole. For that matter, Cronkite’s “liberal” has nothing to do with politics, and everything to do with being a good reporter. Preordained dogmatists? Fox News was still generation away.

But Cronkite also granted that reporters are inclined to be Lefties, not just Liberals. Doesn’t that make Palin’s point? Well, read it again: I think they’re inclined to side with humanity rather than with authority and institutions. And sure enough, it’s folks in authority who have the most to gain from undermining journalism.

So maybe we should thank Sarah Palin for inadvertently reminding us what good journalism is about. Or, short of that, reminding us of the 1973 Playmate of the Year.

nojo
5:07 am • Friday • July 10, 2009
comment »
Choose Your Delusion
No, Mr. Bond, I Expect You to Cry in Pain When That Laser Slices Your Testicles Self-Destruction Derby Standings
22 Comments
Serolf Divad

And seriously, dude… the interview was from friggin’ 1973. That’s 36 years ago. I think if you’re going to indict a profession you’ve got to come up with an example that’s a little more current. The simple fact is that since that time, 98% of journalism has transformed itself into the abode of two camps: (1) Fox News doctrinaire conservatives who are ideologues first, celebrities second and reporters third, and (2) the CNN/MSNBC crowd who are celebrities first, celebrities second, and celebrity anchors third.

Well, I don’t read Playboy for the articles.

I can guarantee you that in 1973 the only words in Playboy I read were “measurements” before my eyes glazed over and my palms got sweaty.

I did buy the 1980 interview with Lennon for the article, but gave studious attention to the photographic delights that accompanied it.

I replied to her:

@AKGovSarahPalin The Cronkite quote is taken out of context. He clearly differentiates between “liberal” and “left of center.” Shame on you.

@AKGovSarahPalin From same interview: “Being a liberal, in the true sense, is being nondoctrinaire, nondogmatic, noncommitted to a cause.”

@mellbell: I noticed the same thing, although I was thinking it was quaint…sort of like Gonzales’ opinion of the Geneva Conventions.

@flippin eck: I noticed the hat…

This all changed when the North finally got around to finishing the “Reconstruction” of the confederacy, with desegregation in the 50s and the Voting Rights Act in the 60s; at this point, conservative southern democrats, outraged that the northern liberal democrats were empowering their darkies, switched en masse to the republican party, which since has become monolithically devoted to a redefined “conservatism” which consists entirely and completely of reaction to desegregation and civil rights and essentially, the ideals and tenets of the confederacy. The “states rights” to mandate segregation, opposition to “activist judges” who force desegregation, reverence for individual initiative and opposition to welfare, which just encourages them lazy negros to lay around doing crack, getting tough on crimes committed by those crazy darkies, and the right to own guns and even artillery to protect yourself from depredation by criminal blacks.

So nowadays, if you are liberal, or rational, or knowledgeable, or intelligent, or non-racist, you will inevitably also have a political bias against the republican party.

@Nabisco say Relax: Of course, honey, I believe you…

@mellbell: Yes, tan lines, and beneath that shawl or whatever, I bet there is a luxuriant growth of this now-nearly extinct stuff called “pubic hair.” I think she looks much more like an actual woman than the current crop of covergirls, and I would daresay older, too.

@Prommie: I was mostly joking.

Yes, liberal in the same lower case l sense of the word that The Economist refers to itself as a “liberal newspaper.”

Of course, it doesn’t have fun little charts and graphs and slobbering profiles (plus it has those funny British spellings) like Time so she’s probably never read it.

It may be time to buy Playboy for the articles again: they’ve obtained rights to an unpublished Nabokov novel, and will be publishing it in installments.

@Serolf Divad: Speaking of, I am trying not to cockpunch Rick Sanchez when I see him walking down Marietta Street in downtown ATL. I can’t say Hotlanta today because it’s only going to be in the lower 80s. It feels. So. Cold.

@Mistress Cynica: They also had a sneak peek from Ellroy’s third installment of the American Tabloid trilogy.

Bless her heart. She really puts the twit in twitter, doesn’t she?

@Jamie Sommers says take this job & shove it!: Is nojo paying you to come up with tweets for him? You are on a roll, girl.

@Mistress Cynica: If I’ve managed to wait all this time and have still bought an iPhone I guess I can wait till the ‘new’ Nabokov comes out as a book.

Ah, 70s Playboys, that brings back a lot of good mammaries…

Is that Angelica Houston on that Playboy cover?

Fuck Sully. I sent him a link to our post and the Playboy article two hours ago, and he runs with something else.

Dammit, I stayed up late to get first dibs on that.