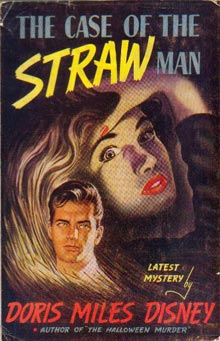 Let’s get the very ugly facts out of the way first: Frank Lombard, an administrator at Duke University, has been charged with offering his five-year-old adopted son for sex on the Internet. Lombard allegedly used the screen name “perv dad for fun”.

Two other facts: Lombard is gay. And the child is black.

You can guess what happens next. But we’ll spare you the trouble.

We begin with Rush Limbaugh, who asks why the story isn’t getting the same play as the Duke lacrosse case:

Did you hear there has been an actual rape at Duke University? An actual rape in Durham, North Carolina. It’s not a phony one. Not a false charge. An actual rape. A guy sold his adopted 5-year-old son to a sex practitioner. A 5-year-old kid, yeah. There’s a problem with this, too, because the guy is gay, a gay adoption. This is why you haven’t heard about it. This does not fit the template.

WorldNetDaily, where “gay” can’t be mentioned without using scarequotes, picks up the thread of media malfeasance:

A Lexis-Nexis news database search by WND using search terms “Frank Lombard” and “homosexual” or “gay” resulted in just four results, none of which were any major media.

WND’s story is headlined “News agencies gagging ‘gay’ factor in boy rape.” But Wednesday night that story was showing up in Google News as “Expert says Obama to blame for horrific case of 5-year-old,” which suggests that WND missed a halfcourt shot at the buzzer, and later changed their angle.

But VirtueOnline, “The Voice for Global Orthodox Anglicanism,” aimed a little lower and stuck with their story:

A gay Episcopal activist who is a fan of New Hampshire Bishop V. Gene Robinson and a Duke University official has been charged in federal court with offering his 5-year-old adopted son up for sex…

VOL phoned The Episcopal Church of The Advocate, a pro-gay “welcoming” parish located in Carrboro, North Carolina, where Lombard is a deacon and sought comment from the rector, Lisa G. Fischbeck, a deputy to General Convention. She did not respond…

Lombard’s actions clearly blur the lines between homosexuality and pedophilia.

And the winner is Mike Adams at Townhall, who sees a silver lining in a child’s misery:

The Associate Press (AP) did not mention the fact that the five-year old offered up for molestation was black. Bringing that fact to light might be damaging to the political coalition that exists between blacks and gays. Nor did the AP mention that the adopted child is being raised by a homosexual couple. Bringing that fact to light might harm the gay adoption movement.

I wrote this column because I believe that certain coalitions must be broken. And certain movements must be harmed. Let the political fallout begin.

Well. Since we’re all now interested in child welfare, let’s note that there were 56,460 reported cases of child sexual abuse in 2007, the latest year for federal statistics. Of the 740,517 victims of all abuse (including neglect), boys and girls split about evenly. And in 4 out of 5 of those cases, the perpetrator was one or both parents.

Not that facts matter. Because we’re not really talking about the kids, are we?

a) No one has a monopoly on virtue. If the allegations are true then Lombard’s a shitball plain and simple.
b) Seems me there is a stronger connection between Wackado Fundamentalism and Pedophilia.

I love how the disparaging description of him makes it seem like, as if it wasn’t enough that he’s gay, Episcopalian and a fan of Robinson, he’s also a Duke University official. Like that’s the icing on the cake.

And, aren’t blacks and gays famously NOT a coalition, last time I checked. In fact, wasn’t that the reason they gave for why Prop 8 passed?

Limbaugh is just angry the kid wasn’t sold to him.

@RomeGirl: Well the Duke University connection is what destroys him in my eyes, at least during March Madness.

@Nojo: Thanks for the stats. I have seen studies comparing the abuse/neglect rates by heterosexual parents as a percentage of all hetero parents to the rates among gay/lesbian parents. Will dig around for it.

Meanwhile, WaPo selling access to reporters and editors for $25,000 a pop. It was one of those much-maligned lobbyists who was so disgusted by the offer that s/he tipped off Politico.

RomeGirl: Seriously. When I first read this —

A gay Episcopal activist who is a fan of New Hampshire Bishop V. Gene Robinson and a Duke University official has been etc…

— the first thing that came to mind was a scene in Slap Shot where the talk radio guy introduces a Chiefs player as being “a college graduate… and an American citizen!”

Shoot. For an outfit that depends so heavily on the written word (e.g., the Bible), there is some profoundly shitty writing going on. Agitprop is not supposed to be Shakespeare, I know. But: damn.

@RomeGirl: @SanFranLefty:Having grown up in the Carolinas, I can tell you that most Duke faculty and alums act so insufferably superior that everyone hates them. I must admit, I reflexively smirked a little when I read “Duke” in the first sentence.

@RomeGirl: As SFL reminded me last time I brought that up, the “black vote” on Prop 8 is better attributed to the generation gap.

More broadly, however, yes, that’s been the conventional wisdom the past few years.

As someone who goes to one of those “welcoming” churches, I think those scare quotes are hilarous–as if saying all people are “welcome” is anything other than completely and utterly literal.

Not to lessen this little boy’s tragedy, but they’re preaching to the choir here. Just like the story of that poor boy that was raped and murdered by two men, they’ll use this to fire up the people that already believe the way they do. It’s sad, but I really don’t think it will have much staying power in terms of Gay Rights.

@chicago bureau: But Jesus forgives all grammar and spelling sins.

@Tommmcatt Floats: It won’t have any effect at all, which is good, and the bastid will be hung by his nuts, which is also good.

But my purpose here is a Wingnut Early Warning — we’ll be hearing more about this.

And while I couldn’t find the language for this last night, there’s something disgusting about using the poor child’s tragedy to score political points.

Oddly enough — and extremely off-key — it reminded me of the end of My Fair Lady, where Higgins and Pickering celebrate their “success” while completely ignoring Eliza. But that’s only because it was on TCM Sunday night.

They would post video of their own mother’s rape if they thought it would help their pitiful philosophy even marginally.

Shoulda been you, Coach K.