Party Out of Bounds 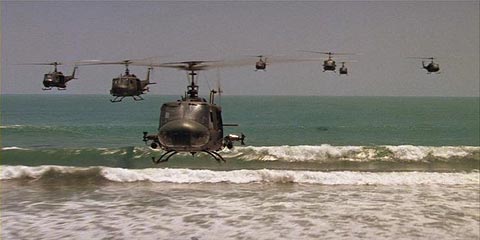 Sandy Eggo may be famous for its epic beach riots, but we were upstaged Friday night by sleepy Cardiff up the road, where it took eight squad cars, a chopper, and more than a few squirts of pepper spray to put down a rockin’ house party. Before the night was over, two of the rowdy celebrants were arrested for talking smack to the cops.

For that matter, most of the guests were also sporting AARP memberships. And, well, the neighbors say they didn’t hear a thing until the deputies pulled up. All but one, anyway.

Turns out the party was a fundraiser for a local Democratic congressional candidate, held at the home of the organizer of a local tennis tournament. $50 minimum, valet parking. The local rag calls the play:

Deputies first went to the Cardiff home on Rubenstein Avenue at 9 p.m. to issue a warning after a neighbor called and complained about the loud party, sheriff’s Sgt. Chuck Yancey said.

He said deputies returned later when the party hadn’t quieted down, and one deputy asked for [Shari] Barman’s date of birth so he could file paperwork alerting the city to the noise complaints.

Sheriff’s officials said Barman refused to give the deputy the information, and that’s when things got out of control. A crowd of about 30 to 50 partygoers surrounded Barman when he tried to arrest her, and they were able to separate her from the deputy, Yancey said.

Pepper spray was dispersed on the crowd, and the deputies were able to reach her again. At one point, a person refused to let go of Barman’s leg so the deputy could take her away. Barman also allegedly punched the deputy, Yancey said.

We’ll let you savor that Woody Allen scene for a moment, because the next part gets ugly.

Barman shares the home with her partner, the tournament organizer. The candidate, Francine Busby, told TPM that the neighbor in back heckled the crowd, but not for the noise, and not even for being Democrats. “I heard my name, and obviously derogatory words,” said Busby. “Other people heard profanity, and somebody heard something about gays, as well.”

Which might strike you as an odd attitude for an upscale neighborhood, but we’ve left out a significant detail:

Hostess at fundraiser for Busby is arrested [SD Union-Tribune]

nojo
7:00 am • Tuesday • June 30, 2009
comment »
Choose Your Delusion
Will the Circle Be Unbroken Bulwer-Lytton
28 Comments
ManchuCandidate

I hereby nominate “Rainbow Dawn” as the name for the uprising.

Wow, they’re really bringing Teh Krayzee in the comments. Not even really related to the article, it appears some people are having a total racist and/or homophobic meltdown. It’s almost as bad as the comments at the P.I.

A lot of them are screaming about wanting to see peoples’ papers, like the cartoonish Nazis in a WWII flick. Are they referring to immigrants?

The cops came out to my house a couple of times when my garage band was practicing and some chickenshit neighbor called them without having the courtesy to just come over first and ask us to quiet down. There was some funny cognitive dissonance while the guardians of public order figured out that it was a bunch of old farts making the noise and not our teenage children.

Rubenstein Avenue? You have streets named after makeup companies?

@Dodgerblue: I hope you had the decency to break into a David Peel medley.

On a much more serious note, speaking of the po-po and teh gheyz, Ft. Worth Police and Texas ABC agents raided a gay bar on the 40th anniversary of Stonewall and caused a severe brain injury to one patron and arrested seven others, after the officers said that the gheyz were “grabbing at their crotches” – cuz dontcha know that the ghey men just can’t help themselves when they see those cops – the response of the owner of the Rainbow Lounge to that charge? “We’re gay but we’re not dumb.”

@SanFranLefty: I would expect this in Greater Tuna; not the Dallas-Fort Worth area, considering the homo mafia who lives there.

@FlyingChainSaw: I wish I had told the cops: “OK, you tell our drummer to play quietly.”

@FlyingChainSaw: Seeing David Peel busking in Washington Square Park was a highlight of my senior year in high school when we’d take the Greyhound into Manhattan for sangria and other adult merriment. I remember a lyric along the lines of “you don’t puke stems and seeds”.

SanFranLefty: Please advise on the relative intelligence of Fort Worth (e.g. enlightenment, thumpah-to-thinkah ratio, etc.) in comparison to Texas, rest of country. Don’t know enough to make a judgment / place substantial wager on whether FWPD goons selected date of raid on purpose. Kthxbai.

@chicago bureau: I seriously doubt the FWPD has its shit together enough to know that it’s the anniversary or to do that on purpose.

Ft. Worth is the unappreciated little sister constantly overshadowed by Dallas. More down-to-earth than the Big D (i.e. no valet parking at grocery stores, less of the Needless Markup shopping crowd), less of the Jeebus freakery of Dallas, excellent art scene (Kimball Art Museum has spawned some smaller emerging stuff), great Mexican food. Just more regular people there. It’s no Austin but I’d put it ahead of Dallas and Houston.

/breaking: Sarkozy private convo with Bibi provokes a moment of “oh merde!. Is there Herouth Matzoh on the horizon?

Breaking Hard (couldn’t resist): Sanford admits additional meetings with lover, most in NYC, including a “break-up” meeting (after Jenny discovered the affair) chaperoned by a “trusted spiritual advisor”, or as we old-fashioned types call it, a three-way.

@Mistress Cynica: He initially met Maria at “an open-air dance spot in Uruguay” – oh how this gets better and better.

@Dodgerblue: They make these thick plastic brushes that let you sound like John Bonham of Led Zeppelin at (relatively) low volume levels. It’s what I use at home instead of sticks. Now I have “When the Levee Breaks” going through my head.

B-52s at the Isleta Pueblo casino on Saturday July 4, btw.

redmanlaw: The B-52s have been reduced to non-Vegas casino appearances.

@chicago bureau: They’re playing Pure at Ceasar’s in Vegas on the 18th, but the current leg of the tour looks like mostly small venue/small markets, whereas in May-June they were mid-major markets, House of Blues and PAC venues plus a few casino/winery gigs. After I saw them last year in May or June, they went to Europe for a bunch of dates. They’re all pushing 58-60 now, and I think the altitude and dry air got to Cindy when I saw them, cuz she cut out towards the end.

@SanFranLefty: That was awesome, well-worth a lunch hour at my desk. She made the most passionate argument for a woman’s right to choose when she decided to have Trig – whatever the choice – but isn’t sharp enough to realize it.

My favorite line? “Check my feet for horseshoes if I watch another morning talk show”.

@SanFranLefty: During IML weekend this year some drunk gay guy slapped the ass of a cop outside of the bar we were at and was arrested. Totally stupid thing to do, but also a total overreaction on the part of the cop. Considering the gay cop float in the parade this year was HUGE, you would hope… But you would be wrong.

@homofascist: A friend of a friend lost out on going to the Air Force Academy when he was walking out of a bar and gave a cop of little shove int he chest to get him out of the way. They charged him with “battery on a police officer”. Cops in Albuquerque are just bad news, although it might have gone away if his family had $5,000 to drop on a lawyer and some VIPs made a few calls to former Sen. Pete Domenici. Last I heard I think the dude was struggling in kind of construction business.

@homofascist: The SFPD wisely deploys its contingency of gay cops to be the frontline for things like Pride, No on 8 rallies, protests on the state Supreme Court steps, Folsom Street Fair, etc. They roll with the ass-slaps much better, I think.

@SanFranLefty: There’s a time and a place for slapping cops’ asses, and it generally involves the off-hours and an ad on Craigslist.

@SanFranLefty: @Mistress Cynica: Every now and again, I would like to think that this shit is straight from a Harlequin romance. Then again, I always much more of a nonfiction reader, mainly history and social sciences.

@rptrcub: If I were classifying this scandal under the Dewey Decimal System, I would definitely put in class 300 (Social Sciences), though it would then be a tough call between 320 (Poli Sci, subheading: imploding career), 302 (Social “interaction”), and 306 (Culture & institutions). Romance fiction is so much more believable than this.

@Mistress Cynica: I just love it when you talk Dewey to me. But where would he fall in the Library of Congress system, since I’m all up in higher edumacation and stuff?

@rptrcub: LC would take way more time to determine, as there are way more subject headings to choose from, and I was never a cataloguer in an academic library (besides which, the OK State U library used Dewey). However, I know some serious cataloguing geeks out there and could start a very interesting thread on FB…