Justice is a Partisan Cause 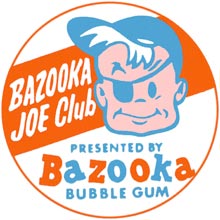 While everyone gets excited about today’s dueling national-security speeches from Barry and the Dark Lord, we’re left bewildered by a (fleetingly) secret meeting Barry held yesterday with leaders of law-and-order groups.

And by “law and order,” we mean the usual suspects: human rights and civil liberties organizations.

You know, folks devoted to the ideals and traditions of the Constitution and the rule of law. Or, as they’re known in today’s political environment: left-wing extremists.

When did upholding the nation’s highest laws become a partisan cause? Even Rachel Maddow, whose program last night featured Newsweek’s Michael Isikoff dishing about the meeting, labeled the segment “Left Cross”.

It’s not as if the meeting covered topics over which reasonable people may disagree — health care, say. Or the relative merits of a carbon tax versus cap-and-trade. Or whether Harry Reid is craven, or merely cowardly.

No-brainers, really. A government of laws and not men, and all that.

But apparently suggesting that our laws be enforced makes us interest-group whiners. Some days it seems the only law Barry still cares about is DADT.

As reported by Isikoff, Barry got particularly testy when pressed on prosecuting the criminal conspiracy behind the Bush torture policy — he called it distracting. Doesn’t everyone realize that Eric Holder is busy? That there are other important issues being pursued?

Well, yeah, sure. But we also recall Barry bragging that he could walk and chew gum at the same time. Surely that would be one of the easier campaign promises to keep.

nojo
7:00 am • Thursday • May 21, 2009
comment »
Choose Your Delusion
Douchebag of the Day We Make Videos
11 Comments
ManchuCandidate

It’s good they keep reminding Barry about it.

In related news, apparently the CIA does lie, but only to Republicans. Members of the Democrat Socialist Party should wash their mouths out with a bar of soap any time they suggest the CIA would do suach a thing to them, too.

@Serolf Divad: That’s DEMOCRAT Socialist Party. Consistency and all that ….

The problem with enforcing laws is that you have to find a place to stop. Like the bible, our laws are full of contradictions and things that make you cock your head to one side in confusion. Generally speaking (and definitely not on the topic of the kind of laws this article is about) the laws that aren’t enforced, or are sporadically enforced, are that way for a good reason.

The example that always leaps to mind is speeding laws. They’re usually only moderately enforced, and usually only when a municipality needs some income. If we were to suddenly enforce speeding laws 100% of the time, we’d need a lot more cops, both to catch the speeders, and to control the ensuing civil unrest. I’m sure there are much more important laws (like tax code) that I’m not as familiar with, which are rarely enforced.

I’m not suggesting that we shouldn’t enforce anti-torture laws or something. Far from it. But if we become a voice whining about laws not being followed, we’re opening ourselves up for justifiable calls of hypocrisy. It’s not a good or persuasive reason not to say something, but it is an attack which can be expected.

@IanJ: The problem with enforcing laws is that you have to find a place to stop.

I’m happy to draw a line at federal capital offenses.

So what did former President Bush think about President Obama and former Vice President Dick Cheney’s dueling speeches on national security policies Thursday? He didn’t watch them. A source close to Bush said the former president was traveling at the time, enroute to New Mexico where he is the keynote speaker Thursday night at a fund raising dinner for a scholarship program for students at Artesia High School.

One: how this guy gets to keynote anything besides a tea-party with himself and imaginary friends is beyond me.

Two: hey, RML — you do know that proper technique for a mooning requires the element of surprise, right? Hold your hands on your hips to disguise the unbuckled nature of your pants, and execute a well-timed dropping of said pants. It is more art than science, really.

@chicago bureau: I like the fact that CNN provides a forum where all the crazees can congregate, although it just makes me want to hug Abbi Tatton all that much more considering that she may have to actually read their comments.

@chicago bureau: Artesia is in the shit hole southeastern part of the state known as little Texas. I’d give that part up if Texas ever does break away.

@chicago bureau: Shrub has been studiously keeping a low profile, so I don’t know whether it’s worth mocking him for not watching the speeches live, whatever flimsy excuse his mouthpiece provides.

And for those of us who sleep in, I just watched the 50-minute Obama speech, rather than read it. (Delivery counts.) I was on the verge of calling him “Slick Barry” last night, and I’m even closer now. It’s not what he said (much of which is very commendable), but what he didn’t say. But I’ll have to let the details (and page of notes) settle before saying more.

@chicago bureau: A high school fund raiser? Instead of selling candy bars and washing cars, they get Chimpy? Hahahahahaha!!