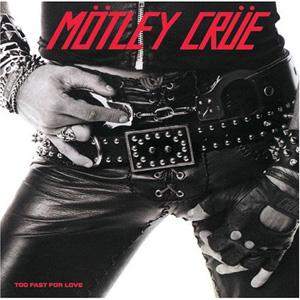 In the late 18th century, at the height of the European intellectual, scientific, cultural and political, transformation that historians refer to as the Enlightenment, a group of radical French philosophers led by Denis Diderot sought to create a vast catalog that would represent a compendium of all human knowledge.  “All things,” they explained,  “must be examined, debated, investigated without exception and without regard for anyone’s feelings.” Thus was born the Encyclopédie, ou dictionnaire raisonné des sciences, des arts et des métier.

It was a noble goal, to be sure, but one that critics then and now have insisted could never possibly be fulfilled. The vastness of human knowledge is so great that no work could possibly encompass and present it all.

The critics were wrong. Such a work exists, and its name is: Wikipedia.

What is that I hear? You are not convinced? “Serolf Divad,” I hear you say, “Wikipedia is indeed, impressive in its breadth, but it doesn’t encompass all knowledge.  It does not, for instance, contain an article on… oh… I dunno… the Heavy Metal Umlaut!”

Please friend, have a seat, and prepare to have your whole world turned upside down. For you are wrong. Not only does Wikipedia boast a seven section article on the Heavy Metal Umlaut, but that very article is so awesomely comprehensive and erudite that it even contains this nugget of wisdom:

The spoof band Spın̈al Tap raised the stakes in 1984 by using an umlaut over the letter n; i.e., over a consonant. This construction is in fact found in the Jakaltek language of Guatemala and in some orthographies of Malagasy, a language of Madagascar.

The ghost of Denis Diderot can now rest in peace.

Serölf Divad is a subsistence farmer of ideas.

I want a philosophical discussion on why 11 is the loudest even if you just make 10 louder.

Jacaltecos, who live in the area around Nentón, Huehuetenango (more precisely, in Jacaltenango), speak Popti as far as I remember. I never knew about the umlaut over the n thing in Popti, but then most Mayan dialects were passed down orally and not in writing.

Do the Jacaltecos seem even more badass to you now that you know they write their “n” with an umlaut?

Reminds me – I haven’t been over to Conservapedia lately to mine it for stupid. Large chunks of it are right on the ground where you can see them.

@Serolf Divad: Totally. I wonder if, as the elders sat down to decide what alphabet they would adopt to formally communicate Popti (Jakaltek), they had Spinal Tap on at the local cine.

I went to a lot of community project inaugurations in Jacalteco villages in the 90s, and would just like to put in a vote of confidence for the 20 or so latrines that carry my name in the town of El Limonar. That’s probably the best legacy a man hope for.

@Nabisco:
At least they liked you.

I had named a toilet after a prof, but I know he did not consider it an honor.

There’s a college journalism award named after me at the University of New Mexico and I’m not even dead yet.

@redmanlaw: Wow, so you still have the ability to do something that would be painfully embarrassing for them. Oh, the power…

I want a salad named after me at Prommie’s restaurant but he refuses to do it.

@Tommmcatt the Wet Sprocket: I think you’ll be getting word of the “Tommmcattsup Condiment Rack” very soon.

@Mistress Cynica: Mrs RML said that The American University in D.C. had an “Adnan Khashoggi” building but the sign kept getting smaller as he got deeper in scandal, so that all they had left at one point was a little plaque for what the students called the “Adnan Khashoggi Hallway”.

@redmanlaw: There is a tree in the quad outside the Philosophy Dept building at UCLA that well could be named after me, on account of how much time I spent goofing off under it during my undergrad years.

@ManchuCandidate:
Because it’s +1.
It’s the acknowledgment of superiority. Just ask the Deadspin commentariat.

@redmanlaw: There’s an Obama “body of work” joke in there somewhere but I’m not awake enough yet to find it.

I can see it now: “Tommmcatt Memorial Sump Pump”.

At this point I’d even take that.

Very good overview of the heavy metal genre: “Sound of the Beast: The Complete Headbanging History of Heavy Metal” by Ian Christie. Covers the range of metal from Sabbath to black and death metal. Not a midwestern hair metal memoir like Chuck Klosterman’s “Fargo Rock City”. Read it and you won’t feel like a dope when someone raves about Venom. Also fun: the “Bloody Roots” heritage of heavy metal show Christie hosts Saturday mornings (Mtn time) on the Sirius Liquid Metal channel.

I totally think the band X should have had an umlaut above their name.

And I think doggy must have named a fire hydrant or patch of grass after me because he keeps — oh, wait…

“a group of radical French philosophers led by Denis Diderot sought to create a vast catalog that would represent a compendium of all human knowledge.”

…in a language they reinvented so the common homme couldn’t understand it. Study the history of the French language, and you’ll understand why the French are so pissed off all the time.

Also, I’m surprised France didn’t make Wikipedia change their name to the French url to that long-ass prissy name. They’re champions at that.

In other news, I just had a large crunchy raviolo filled with pecorino and asparagus, and a pasta with nine other yummy things in it, and a nice Syrah from (holla!) Lazio. Tomorrow, we head up to Pork Mountain to eat pork in Frascati’s oldest cantina. You bring your own food, they serve their homemade wine and give you butcher’s paper and utensils.

RomeGirl in Rome, with little desire to head back to the South of France.