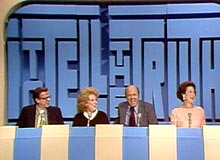 A. “Do you want to go down the road of Nigeria and corruption and have a country in which, as long as he’s popular, he can break the law?” (Newt Gingrich)

B. “Presidents are not ordinary citizens. They are extraordinary, in that they are vested with so much more authority and power than the rest of us. We have a right; indeed, we have an obligation, to hold them strictly accountable to the rule of law.” (John McCain)

C. “Under the Constitution that we swore to defend, these are serious crimes, crimes that our constituents would go to prison for. And do we hold the president, the top-ranking law enforcement official in our country, to a lower standard?” (John Boehner)

D. “I know that morality is not supposed to be the issue here… However, I don’t think anyone can completely compartmentalize himself and totally disregard other things going on.” (James Inhofe)

E. “The chief law-enforcement officer of the land, whose oath of office calls on him to preserve, protect and defend the Constitution, crossed the line and failed to defend and protect the law.” (Jeff Sessions)

G. “In a country based on the system of laws, which is really the great gift given to us under the terms of our Constitution, there needs to be a consistency of application. The idea that all people are equal under the law is not a relative term.” (Judd Gregg)

Senators Talk About Their Votes in the Impeachment Trial [NYT, 1999]

Is that Nancy Davis with that hot dog up there in the corner?

That’s not Moral Absolutism I can believe in.

Well, I would if I was an idiot, um, law and order guy, er, demented psychotic asshole.

TJ/ I just got invited to a SPECIAL evening with Bill Clinton and W through the Professional Enjinear organization I’m a member of. Only $189 for two hours to listen to them.

I’m gonna pass (primarily because they’d never let me keep the carton of rotten eggs I was gonna throw.) I could have spent an entire afternoon at a SF convention listening to “OLD” Kirk aka William Shatner prattle on about Priceline and his “brilliant” direction of Star Trek V for a little less than that.

@ManchuCandidate: You should go and liveblog it for Stinque. I can’t believe they’re bringing Shrub to Canada City to speak – it’s not like you’re in Alberta…

@ManchuCandidate: Bill Clinton will appear with W? I had a middling level of respect for Big Dog, but it just disappeared. Sharing the stage with a war criminal – good move.

@SanFranLefty:
It’s close to home. Toronto, where we have a lot of fizkal types.

I’d have considered it, but I can only take so much before I’d throw my shoes as the majority of the audience being CEOs, CFOs, COOs, MBAs, etc, you know, assholes.

@blogenfreude:
Big Dog never earned my respect. I could never put my finger as to why. As Hank Hill once said, “That boy ain’t right.”

Bill Clinton always reminded me of a drug dealer for some reason…smarmy, glad-handling, but always with their eye on the bottom line and a vicious sense of what was in it for him…

Our new guy in Afghanistan has tarnished stars:

Bringing in some new stuffed shirt with a long history of cover-ups, torture, unexplained deaths, and mass civilian bombings is considered to be a brilliant strategy move by people still wondering if we can “win” in Afghanistan after 8 years of war… what was that part about the fall of the Roman Empire again? Morans.

You give me a waterboard, Dick Cheney and one hour, and I’ll have him confess to the Sharon Tate murders.