Stinque
Home Latest Comments Log in
If it smells, we’re on it.
Stinque
Cassandra was right.
Armchair Activism 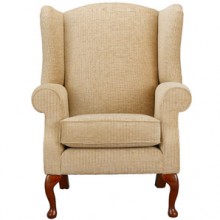 ThinkProgress has a petition to urge the House to open impeachment hearings for Judge Jay S. Bybee.  You can sign it here if you think it’ll do any good.

ThinkProgress is sending a petition to the members of the House Judiciary Committee — where 1impeachment articles are drawn — imploring them to act now to remove Bybee from public office. Please join our efforts by signing onto our campaign.

Newsweek’s Michael Isikoff on Rachel (and in Newsweek): Barry & Rahm can say what they want about looking forward, but inside the DOJ they make their own calls about indictments, and they’re taking a good long look at this one.

Brilliant orchestration, if they can pull it off: DOJ goes after the torturers, Barry sez he’s not going to get involved in an ongoing investigation.

No, I’m not holding my breath.

@nojo: Takes 67 votes in the Senate to remove him, and I doubt that will happen. Maybe he’ll resign if the process is initiated.

@blogenfreude: Considering the general mood of Wingnuttiastan, he’d probably rather go on trial and be a martyr so that Hannity and O’Reilly can have another hero to fwap their cheetos-stained peckers to.

@rptrcub: Not so sure – I know lawyers like this guy. They want to do their time on the bench quietly, then trade up to being a partner at a DC Biglaw firm. They hate the sunlight as much as vampires do.

@blogenfreude: He’s made court of appeals judge; anyone who rose as far as he did in politics and then making a circuit judgeship, this is higher up than the ones who are punching their ticket before going out to make money in the real world. This is one of the ones not suited for the real world. This little sinecure is all he was hoping for, I am sure, with a small dream of the Supreme Court someday. That dream is forever dead, unless he wants to be on the CSA Supreme Court. He hangs onto this for dear life, or their is nothing left for him but Pepperdine or Nova.

By the way, whatever that Makita powertool is in the ad, it’s fucking awesome.

(And if it doesn’t show up again: think steampunk raygun.)

You know, a better petition to start would be a petition to “torture” bybee, not really torture, but only those enhanced interrogation techniques he approved. 11 days naked with his hands tied over his head, with no sleep, and fed only similac, while listening to 50 Cent at high volume, but only 11 days, not 12.

@nojo: It is a thing of beauty that whispers “drill, baby, drill” softly in my ear.

@redmanlaw: I am not seeing this Makita, but all my tools are schoolbus yellow, DeWalt, and damn, I am opinionated about this because I have been a serious amatuer woodworker for 20 years, and even boatbuilder, and DeWalt is better, its worth every penny.

And since this is perfectly relevant to that opinion, I just listened to a live version by Jonathan Richman of “My baby loves loves to love me,” and for the first time, I realized that this is a song about a girl who wants to give him more BJs than he really wants or needs. Thats hilarious. I thought I was the only one who ever had one of those.

Is it time for the Judiciary Committee to bring out the Comfy Chair? Call Cardinal Fang.

On Monday, Sen. Orrin Hatch (R-Utah), rejected calls for the impeachment of federal judge and torture memo author Jay Bybee, saying that he was “one of the most honorable people you’ll ever meet.”

In case you caught Peggy Noonan’s recent teevee appearance, you can send her a message to let her know how you felt about it (as if she’ll even read it, but still). I just sent the following (feel free to copy and paste!):

I caught your television appearance where you “justify” never holding anyone accountable for committing torture, a clear war crime that violates both US and international law.

You probably already know this, but you’re completely morally depraved and shameless.

How torture apologists like you can live with yourselves is truly a mystery that psychiatrists should study.

Please try to develop a conscience. I’m sure it’s impossible for you at this point, but you could at least try.

@Original Andrew: If you build the shining city on the hill high enough, you can’t hear the screams.