The Bureaucracy of Evil 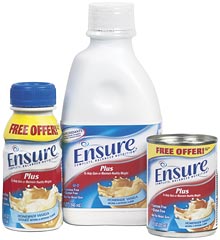 OSHA for torturers, as provided by the U.S. Department of Justice’s Office of Legal Counsel in a May 20, 2005, memo released to the ACLU on Thursday.

This technique is used to cause psychological discomfort, particularly if a detainee, for cultural or other reasons, is especially modest. … For this technique to be employed, ambient temperature must be at least 68°F.

This technique consists of grasping the individual with both hands, one hand on each side of the collar opening, in a controlled and quick motion. In the same motion as the grasp, the individual is drawn toward the interrogator.

Depending on the extent of the detainee’s lack of cooperation, he may be walled one time during an interrogation session (one impact with the wall) or many times (perhaps 20 or 30 times) consecutively.

This technique is used to hold the head immobile during interrogation. One open palm is placed on either side of the individual’s face. The fingertips are kept well away from the individual’s eyes.

[Footnote] We also addressed the use of harmless insects placed in a confinement box and concluded that it did not violate the statute.

The individual stands about four to five feet from a wall, with his feet spread approximately to shoulder width. His arms are stretched out in front of him, with his fingers resting on the wall and supporting his body weight. The individual is not permitted to move or reposition his hands or feet.

The three stress positions are (1) sitting on the floor with legs extended straight out in front and arms raised above the head, (2) kneeling on the floor while leaning back at a 45 degree angle, and (3) leaning against a wall generally about three feet away from the detainee’s feet, with only the detainee’s head touching the wall, while his wrists are handcuffed in front of him or behind his back…

In this method, the detainee is standing and handcuffed, and the handcuffs are attached by a length of chain to the ceiling. The detainee’s hands are shackled in front of his body, so that the detainee has approximately a two- to three-foot diameter of movement. The detainee’s feet are shackled to a bolt in the floor. Due care is taken to ensure that the shackles are neither too loose nor too tight for physical safety.

In this technique, the detainee is lying on a gurney that is inclined at an angle of 10 to 15 degrees to the horizontal, with the detainee on his back and his head toward the lower end of the gurney. A cloth is placed over the detainee’s face, and cold water is poured on the cloth from a height of approximately 6 to 18 inches. The wet cloth creates a barrier through which it is difficult — on in some cases not possible — to breathe. A single “application” of water may not last for more than 40 seconds, with the duration of an “application” measured from the moment when water — of whatever quantity — is first poured onto the cloth until the moment the cloth is removed from the subject’s face.

[From the following section in the memo]

[U.S.C.] Section 2340A provides that “[w]hoever outside the United States commits or attempts to commit torture shall be fined under this title or imprisoned not more than 20 years, or both, and if death results to any person from conduct prohibited by this subsection, shall be punished by death or imprisoned for any term of years or for life.” Section 2430(1) defines “torture” as “an act committed by a person acting under color of law specifically intended to inflict severe physical or mental pain or suffering (other than pain or suffering incidental to lawful sanctions) upon another person within his custody or physical control.”

The most amazing part of evil is the banality.

What’s fascinating is that one of the memos acknowledges that these techniques are ones that the State Department has decried as human rights abuses when committed by other countries. Here’s the highlighted section.

No mention of the kidnapping of the very young children of our hostages and torturing them, or threatening to?

If this wasn’t so incredibly horrible, I would say that these are some things happening in a really, really kinky, perverted sex club.

So America’s Heroes are the ones who commit torture and murder, then get off scot-free using the “I was following orders” defense?

Here’s a trillion dollars! Don’t spend it all in one place!

Here’s your fucking Medal of Honor!

Jumpin’ Jeepers, the US is a perverse anti-meritocracy.

Oh fuck it all, I can’t even get a good snark outta this–I got physically ill just reading short sections of those memos. I guess the CIA, (Obstruction of) Justice Department, et al., must actively recruit sociopaths with zero ethics or moral scruples to carry out their dirty work.

American government agents can kidnap and torture (sometimes to death) virtually anyone, and not only will they never be held accountable for their crimes, the government will use taxpayer dollars to fund their defense for violating both US and International Law.

Also, we only have the CIA’s, Obama’s and Holder’s word that these programs have been discontinued, and even if they’re still going on, so what? No one will ever be held accountable for their actions by the same (Obstruction of) Justice Department.

‘Scuse me while I go throw up. Heckuva job, Barry!

This looks like it was meant to be discovered so that DoD and CIA could claim that these ‘enhanced interrogation techniques’ were humane and applied in a scrupulously controlled and exacting manner.

I daydream sometimes about Addington and Yoo getting snatched off the street, waterboarded, and dumped naked onto Dick Cheney’s lawn. Justice!

Does that make me a bad person?

The thing is, these people that work for the CIA, (Obstruction of) Justice Department, OLC, etc., are educated and should be fully aware of social psychology phenomenon like the Milgram Experiment–even if they don’t care that what they’re doing is morally wrong and illegal–but they carried out and falsely justified torture anyway.

“At least with Bush everyone knew he was an asshole. Now we’ve got the same wars, the same lawless prisons, the same Washington corruption, but everyone is cheering like Stepford wives. It’s time for a full-on hopelash.”

@Original Andrew: She spit out the Kool-Aid. Excellent work.

@SanFranLefty:
Someone might be reading us. Nothing happens in total isolation on the tubes.