WorldNetDaily Polls are Even More Fun than Ours 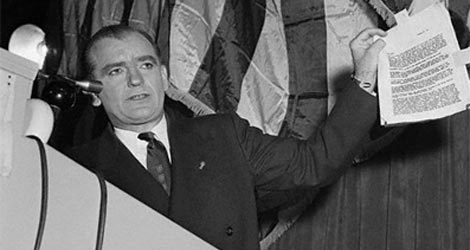 What do you think motivates Obama to so rapidly increase the scope of government?

What do you think of eHarmony launching a ‘gay’-dating division?

nojo
7:00 am • Thursday • April 2, 2009
comment »
Choose Your Delusion
The Future of the GOP pwned
20 Comments
ManchuCandidate

With regards to the eHarmony question, just goes to show that following the Jeebus takes second place to making money.

@WaltTrombone:
Hey, playing those annoying commercials 24/7 aren’t cheap. I still won’t head to eHarmony because those commercials piss me off. The very idea of eHarmony makes me ill.

@WaltTrombone: Well, eHarmony didn’t necessarily do it out of the goodness of their heart (or for the money really). It all came from a lawsuit, although of course once eHarmony saw the writing on the wall integrating teh gayz mysteriously became “a natural extension of their business plan” or some such shit.

The good news for the WND crowd is that all gay men who go through the eHarmony program get matched up with a middle-aged divorced woman*.

*eFagHag? Probably a better idea with happier results than most online dating hook-ups

@ManchuCandidate: @homofascist: A year ago in mid-December I made the mistake a mentioning to my dad that, although I was resistant to the idea in general, maybe I should consider at least trying online dating. Then, two days before Christmas, I get an email telling me my dad had given me a gift of a 6-month membership to eHarmony. He didn’t know that eHarmony was the last service I would consider using, but it was a gift, what the hell, and I signed up and went through the motions of sifting through my “matches” and going out on a few dates. It was such a waste of time, and I was so relieved when the 6 months were up. Of course in giving me that gift, my dad probably thought he was soon to get in return a future son-in-law…poor man.

Oh, and I love the idea of eFagHag, HF, I’m telling my mom about it as soon as I can! I’m sure we can find her a lovely ghey in western Michigan!

@homofascist: @flippin eck: I desperately need eFagHag. I still haven’t found any gheyz here. I’m thinking of going to the local Episcopal Church for Palm Sunday and Easter to see if I can snag one.

@Mistress Cynica: I can spot you a few (but I’m keeping HF, sorry). Nearly every guy I know in Chicago plays for the other team…I’m up to my elbows here!

In the course of my work I look at a lot of old newspapers from large cities and small towns. Today’s Repubs sound so much like the Repubs of the 1930s accusing Roosevelt of destroying the American way of life and spending money like a drunken (take your pick) sailor/logger/class traitor.

@flippin eck: I’ve never tried online dating, because it would, sadly, only make me think that I’ve somehow failed at “real” life, but when my much older cousin broke up with her noncommittal boyfriend of three years* and turned to online dating, my ever well-meaning aunt thought to send my way one of the profiles that she’d come across. Nevermind that the guy was almost twice my age, or that our only plausible connection was that he spoke German (and had, from what I gathered, learned it primarily to better understand Wagner and Mozart operas). Point is, it’s probably a don’t-knock-it-’til-you’ve-tried-it kind of thing, and good on you for trying, but it’s a leap of faith I’m just not willing to take.

*Happy Ending Alert: They got back together, married last summer, and just bought a new house. The End.

@Mistress Cynica: There’ s not a UU church in your neck of the woods?
@homofascist: You totally should invent eFagHag.

@mellbell:
I wouldn’t recommend it.

It was a lot of work and this is what I got out of it:
Net result over two failed attempts: 3 messages to me, 0 dates

@mellbell: I have a friend wholived with someone he met on line for about three years or so although he had nothing in common with her. She finally moved out although they’re still together.

Another friend filled out her profile and met someone who was exactly like her (affluent Easterner who moved to New Mexico to escape background and find meaningful, close to earth yet family-subsidized existence while working in creative field with locals). His holier than thou thing with his perfectly split woodpile (that detail sticks in my head) at his rural homestead and the arguments over whose life was more real or pure sent her packing from the weekend meetup. She is now happily married now that she met someone different enough to complement her better.

I was on my own for years and years until I met Mrs RML, which has worked out pretty well so far for 15 years or so.

@redmanlaw: I think that’s a large part of it. I don’t want to be matched up with someone who’s exactly like me, and — despite whatever claims Chemistry.com may make to the contrary — a dating website can’t tease out what sort of differences would make for a good match.

Will homosexual dating services now be required to provide services to heterosexuals?

Hey, if you all straighties want to start hooking up on Adam4Adam and Manhunt, knock yourself out. I’ll even give you some tips: “Edging” has nothing to do with landscaping, and if someone calls themself a “Daddy” don’t expect there to be toddlers around when you show up.

Match.com worked for me. Once. In a year-and-a-half. (Given my love life: any port in a storm. But that was a lot of munnie to fork over just to get one girlfriend out of it.) Matching characteristics basically lined me up with just about everybody. And the speed-dating thing they came up with was wunnerful. Got deep-sixed by 10 women in two hours. Fuck you very much.

E-Harmony was complete garbage. Signed on, and they matched me with a couple of dingbats. From Joliet. Which is way the fuck away from the City for those who are unfamiliar. One “perfect” match for me was a high school dropout with coke-bottle glasses. Only one picture: her and her stuffed animals. Truly frightening.

Lavalife? The good thing about it is that you get to meet more Russian women than you otherwise would, normally. And they were very excited to meet me! But leaving three days early for a date is a bit much. (Seriously — the “how many miles away” filter needs a rework.)

Craigslist also got me a girlfriend. Unfortunately, it turned out that she was batshit insane. Seriously. Too complicated to get into here, but her Manipulate Partner knobs went to 11.

(My bitching about four different e-dating deals may disguise the fact that it may very well be that I’m just not that good. Shrug.)

I did some online dating via MySpace back in the days before Facebook, and that actually got me a girlfriend who would have been a reasonable match but for the whole alcoholism thing (and a few other things, but the drinking sealed it). It sounds bad when I say it that way, but it was really pretty cool.

I was on a local Seattle site for a while, and eventually worked myself into a lather over how it wasn’t working. Quitting that scene was the best thing I ever did. I got a fair handful of dates out of the site, but none of them were good matches.

@Mistress Cynica: Helpful tip: its usually the choir director or the organist.

@Jesuswalksinidaho: I’m the proud owner of a complete run of American Mercury, and it’s really sad to see Mencken go batshit in the Thirties. It’s fair enough to oppose the New Deal and all, but the constant spittle isn’t becoming.