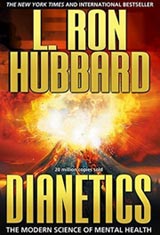 Before everyone got caught up comparing Bobby Jindal to Kenneth the Page (which leaves Michael Steele or Alan Keyes available to Tracy Morgan), his post-not-SOTU remark about “$140 million for something called ‘volcano monitoring'” was poised to become Wacky Soundbite of the Night.

As a governor whose state fell victim to Bush incompetence natural disaster, his comment was sure to raise eyebrows. (Never mind that Jindal also said his state would be better off without Bush incompetence government assistance in a crisis — we don’t have enough eyebrows for that.)

And since the only volcano in the news lately threatens the home state of Jindal’s rival for 2012 buffoon the next GOP nomination, easy jokes were at hand, if only they hadn’t been drowned out by easier jokes.

“Volcano monitoring is a matter of life and death in Alaska,” said Senator Mark Begich, who happens to be a Democrat.

“It is absolutely appropriate for our federal government to spend money on volcano monitoring,” added fellow Senator Lisa Murkowski, who as a Republican probably spent an hour trying to figure out how to tell Jindal to go to hell in the nicest way possible.

The most pointed comment of all came from Governor Sarah Palin, who said — um, nothing. Perhaps she was busy signing up Bristol for remedial abstinence lessons.

Another detail that would have emerged if everyone wasn’t talking about a fucking Jimmy Fallon talk show clip is that Jindal’s “$140 million” only overstated the actual monitoring funding by a mere $126 million. Volcanos get just $14 million in the stimulus package — the rest of Jindal’s price tag goes to USGS programs nationwide.

Jindal exorcises demons, and Palin casts out witches. The volcano will erupt and the earth itself will open! Who ya gonna call?

@blogenfreude: If they cared about conservative values they’d mate on the side of an erupting volcano and Jindal would hurl himself into the boiling magma to appeal to the gods so that his and Palin’s progeny would grow into good, old-fashioned face-biting psychoconservatives.

In other exorcisms: BREAKING —

Shittybank shares owned by John Q. converted from preferred to common, meaning that the government now has 40% voting stake in the bank. I think. Also: crew recorded a $9.6bn loss. Stock devalued severely — dropping more than half in share value at the open. Other banks take hit.

Some clown on CNBC (I don’t know who) interrupted this to suggest that we bring back debtors’ prison for those who took out subprime loans. He was only half-joking. Ivanka Trump (half-jokingly) suggested that this was “mean.”

This deserves its own post, but I have to run to work, quickly.

Jindal probably would have been better off picking on the RW wingnut’s fave target of the NEA. Get the yokels riled up about some guy urinating on a statue of Jeebus or making a statue of rotting meat (not my idea of art either, but it really isn’t a big deal to me.) Of course, he can’t just shit on the $1000 coffee pots, $600 wrenches or the MULTI – BILLION Dollar NO BID contracts that the Pentagon usually deals with because that’s national SECURITY and they can’t play that card.

Of course, Jindal was supposed to be the equivalency of Barry. Maybe he is smart, but he’s definitely not sincere or even likeable.

In my own experiences working as a volunteer for the local professional engineer organization and helping immigrant engineers, I’ve found most immigrants (including my parents) to be hardworking, but not really fond of the power structure (in large part because they’re not part of it) but live with it. However, there are a few who spend their time sucking up to the powers that be to keep the status quo and are more than happy to either stick a knife into a fellow immigrant for the amusement of his “white” overlords and/or help keep other immigrants down. Bobby or Piyush strikes me as one of this variety (an indian immigrant version of Uncle Tom, if you will.)

@chicago bureau:
What about idiots prison? You know, for the idiots who dreamed up, sold and lied about the dangers of sub prime loans. I don’t think that’s mean. It’s better than what I want to do to them.

Nojo: This is a threadjack. Re “feminazi something bitterness” in answer to what is the disemvoweled “dlgcl” word: I wrote dlgcl down with plenty of space between the letters to puzzle over, to no avail. Later I showed it to my husband, who works fiendish cryptic puzzles. It took him less than a minute to suggest “ideological.”

Re Jindal and his overstating the amount of money allotted for volcano monitoring: Any man who can aver that his mother was 44 months pregnant with him when she came to this country must be very carefully monitored himself when it comes to his bandying about numbers and units of measure.

@lynnlightfoot: Worked on the Enigma project, did he?

@ManchuCandidate: Back in 2004, when the “liberation” of Iraq still had popular support, Bush pledged in his State of the Union to increase funding for the National Endowment for . . . Democracy. It was a huge letdown for people like my sister who work in the arts and were on the edge of their seats at a possible shout-out to NEA (though, let’s be honest, that was never really going to happen).

@redmanlaw: Enigma project before his time, he was born in 1942, but he would have been good, man.

I wish your nephew a speedy, complication-free healing. I was so sorry to hear on an earlier thread about his getting burned.

@mellbell:
What were they thinking? Oh well. Hope springs eternal.

@chicago bureau: Can you say cataclysmic collapse of civilization?

@lynnlightfoot: Bravo, Mr. Lightfoot! If not the enigma project, he at least plays the Sunday morning puzzle with Will Shortz, right?

@flippin eck: Saturday is the real killer. The answers are far too long for my simple brain.

Also, Jindal’s story about the sheriff (who of course is no longer around to confirm the story)? Maybe not so true.

@ManchuCandidate: This is the same sister who a year or so ago sent me an e-mail asking, “There’s this website, Huffington Post, have you heard of it?” She’s precious.

Senator Lisa Murkowski, who as a Republican probably spent an hour trying to figure out how to tell Jindal to go to hell in the nicest way possible.

If she’s anything like her daddy, she wasn’t nice about it at all.

@redmanlaw: A couple of years ago I saw one of the actual German coding devices that Alan Turing and the Enigma project were able to figure out. It was the 4-cylinder version, for those of you scoring at home.

Did the new handle — Jamie Sommers is unfairly harsh! — make me spit coffee against the office wall?

Prommie: Looks like I picked the wrong week to quit morphine.

@Dodgerblue: The National Cryptologic Museum near Fort Meade, small (and weird) as it is, has several rooms of doodads like that. It’s also where I got my hobo signs mug.

@flippin eck: He doesn’t do regular crosswords, only cryptics in the Nation and the truly fiendish British cryptics when he can get his hands on them and sometimes double crostics, although I haven’t seen him doing any of those for a long time now.

@mellbell: Wow, a National Cryptologic Museum. Thanks for the tip.

@Prommie:
fun fact: did you know that that roy sheider line was not in the script? an ad lib that became legend. RIP roy.

@redmanlaw: Sorry to read about your nephew’s burns. Sincerest wishes and prayers. Keep us posted.

@mellbell: Makes sense that Shrub would have said that. After the semi-embarrassment of the Iran/Contra hearings, it was decided that a better funding method for dirty deeds neeeded to be devised. The National Endowment for Democracy is devoted to destroying popular movements and labor organizations abroad, especially in Latin America and the Caribbean. It carries out “regime change” operations, especially when there seems to be a threat of redistribution of wealth or any sign of a country wanting to throw off the yoke of economic tyranny, because these things are against the “security concerns” of the AmeriKan government. It funds disinformation campaigns, death squads, and right-wing “candidates”.