The End of Wingnut Welfare? 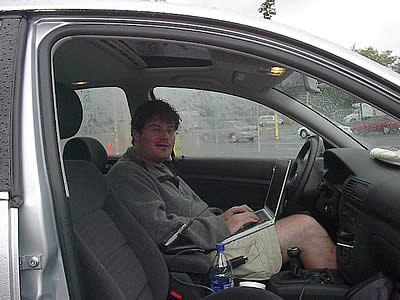 News that three-quarters of Loyal Bushies remain unemployed has given libtards everywhere a healthy and enjoyable dose of schadenfreude.  Paul Krugman thinks this might be a sign that the days of wingnut welfare are over:

As an economist, I’m supposed to believe in incentives; and the remarkable cohesiveness of conservatives has a lot to do with incentives.

Show some independence, and you’ll face a lavishly financed primary challenge from the Club for Growth. Be a loyal soldier, and you will be taken care of — through what’s commonly referred to as “wingnut welfare.”

Remember when Scooter went to The Hudson Institute to be a “scholar”? – well, he was until he was convicted of multiple felonies and they disappeared him.

Thus, lose an election, and a think tank with the usual funding sources will create an America’s Enemies program for you to direct. Mess up the occupation of Iraq, and you’ll be appointed to run the World Bank; mess up there, and there’s still a chair waiting for you at AEI.

AEI – home of such bright lights as John Bolton, Lynne Cheney, and Fred Fucking Kagan – was largely responsible for wasting trillions of our dollars (and countless lives) in Iraq. It’s a veritable colostomy bag of wingnuts.

But it appears that wingnut welfare is breaking down when it comes to former Bush officials. Is this the beginning of the end for movement conservatism?

Ending Welfare as We Know It [Paul Krugman’s Blog]

Steve in Manhattan
11:30 am • Monday • February 23, 2009
comment »
Choose Your Delusion
There is… Another Hey, This Is Fun!
10 Comments
FlyingChainSaw

No, they can always hang around golf courses and blow billionaires between holes.

When many of your biggest donors like Sheldie Adelson lose a large chunk of cash (some 80-90% of your net worth of 33 Billion for example) the welfare must end.

The irony of it all is that when Ronnie was bitching about Welfare Queens, he ignored many of his own advisers. Of course, the difference then as it is now was that he was complaining ’bout the black female ones, not the white male ones.

Jonah Goldberg, is, quite possibly, the least attractive man in the western hemisphere. He looks like he reeks of sweaty taint.

@Mr. Tommmcatt Poon: he’s the dude that was always standing by the keg at the dorm party, exchanging high fives with dudes and trying to sneak a look at the asses of chicks he’d help hold up for keg stands. It was the closest he got to a woman since birth.

TJ/ Remember when the Brazilians were all “Fora Bush” and all that? They apparently love us now – although the center is still for sale. NSFW and all that…

At least she didn’t paint Obama’s face on her, um, Bush.

The money people gotta be totally pissed at the Bushies for fucking up a total GOP hammerlock on the body politic. Anybody can fuck up once in a while, but it takes real skill to fuck up everything you do. Not only did Bush personally fuck up, he assembled a whole team of fuck ups, except of course Cheney, who’s competence in evil is unsurpassed…

@fupduk:
One would think so. After hearing rants by guys like Rick Santelli and at a bar last week, the answer is NO.

@Signal to Noise: He has, unfortunately, reproduced.

@blogenfreude: and who was the lucky Stepfordite who lost the game of Russian roulette and had to bite the bullet housing marriage to him and bear his spawn?

Oh. A speechwriter for John Ashcroft who wrote a book decrying Title IX. She’s not horrific looking by any stretch. Lucianne must have paid her off good.