I know you’re just dying to know what’s causing me to melt down this week, so without further ado: 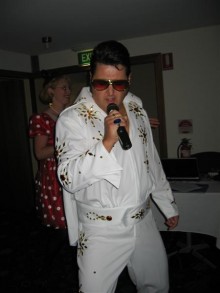 1. Karaoke – it has never been a passion of mine to hear bad music sung by people with less talent than the untalented original artist. Cf. Billy Joel. But now it’s getting silly:

In August 2007, a Seattle man was assaulted onstage during a karaoke rendition of Coldplay’s “Yellow,” while last December, a San Diego man encored his karaoke set by walking toward the crowd and attacking an audience member. And in Asia, there’s been a string of karaoke-bar stabbings and shootings, including a horrific incident in Bangkok in which eight amateur singers were murdered by their neighbor, reportedly due in part to his hatred of John Denver’s “Country Roads.”

While I have never been driven to a murderous rage by a John Denver song, I can understand this man’s actions.  Someone once got out a CD and tried to show me how John Tesh wasn’t as bad as I’d made him out to be.  It was all I could do not to deck him. 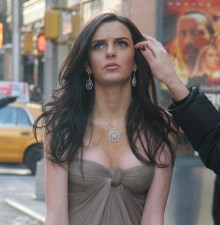 2. The Lohans – all of them.  I am sick and tired of protoskanks and their exploits.  I am pissed off that I even know who these people are.  So farewell to the Alis, the Bristols, and the Jamie Lynns.  Go away and never darken my Sony again. Sayeth D-Listed:

Shouldn’t this girl be in school anyway? She shouldn’t be outside freezing her illegal plastic tittay sacks in the middle of Times Square looking like one of the Hookers at the Point in dire need of a Swan makeover. Being one of White Oprah’s children will eff you up. The Curious Case of Ali Lohan, indeed. 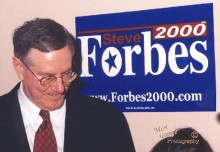 3. Steve Forbes – the failed presidential candidate was on Meet the Press this morning.  The only reason, the only reason, anyone listens to this free-market shitbag is because he has money.  The only reason he has money?  His daddy.  Blathering about a free market that has been shown as worse than useless at providing for anyone except criminals and the rich, he has been wrong about everything.  Newshounds:

[Last October] Forbes recommended actions by Paulson and the SEC, and then “something Reaganesque – a big across-the-board tax cut.” Democrats and editorial boards would go “kablooey,” but it worked for Kennedy and Reagan, it could work now. There’s that miracle tonic again – is there anything tax-cuts can’t solve? 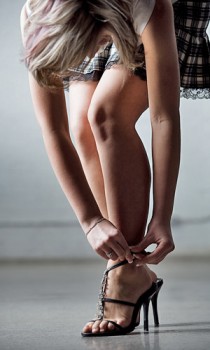 4. The Bank of England – of course you select your bank based on how the female employees dress – doesn’t everyone?

The Bank of England came under fire last night for “institutional sexism”, after it held a seminar for female staff to advise them on what clothing, shoes and make-up to wear.

In a week when the IMF announced that the British economy will be the hardest hit of all the developed nations, when strikes erupted across the country and as world leaders gathered in Davos to discuss global recession, senior figures at the Bank turned their minds to lipstick and high heels.

5. Alan Greenspan – because he and Phil Gramm are pretty much responsible for blowing up the world: 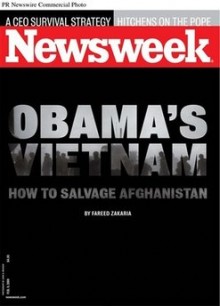 6.Newsweek – we’re what … not even 2 weeks into the Obama administration and they’re peddling this shit?  Ladies and gentlemen – your liberal media!

Karaoke. It’s an Asian thing and something that makes me feel ashamed I am of Asian descent. I joke (well half joke) that I’m not a true Korean because I hate golf, Karaoke and don’t go to church.

While you’re at it, throw the Kardashians down the well, too. Also every wannabe with too much money, not enough brains and a desire to be a fame whore. One of the few good things about this meltdown is that those people will be in the same cannibal anarchy we will be in, but have no place to hide. Fame’s a bitch.

Flathead Steve Forbes is the patron saint of why the “death” tax should be jacked up. It’s one thing to be talented and rich because of it, but I’ve never been a fan of those who were born into it and assume that talent comes with money (it’s rather personal to me — see both sides of my family history and the morans spawned because of it.) Get a job, you loser. Failing that, see well that the Kardashians went down.

I lived in Japan for over two years, and more than four in Asia, and was lucky to get out with only one forced karaoke session in me. An Irish friend and I insisted on performing “God Save the Queen” (yes, this one), which went over about as well as you can expect.

As for Newsweek, I will never take seriously a weekly that was (is?) given free to all Peace Corps volunteers so that we (a) all had the same point of reference for things going on around us, and (b) had plenty of paper to use in those frequent trips to the latrine.

Man, I love me some karaoke! When I was in the Navy, for a while I was stationed at Camp Pendleton, a huge Marine Corps base that has miles of beach. Most of the beach is dedicated to Marine Corps operational stuff (right up to the nuke plant at San Onofre), but some of the beach is set aside for pleasure.

We used to rent a mobile home on the beach (there were a ton of them — full kitchen, two bedrooms, bathroom, etc), and outside the mobile home were fire rings, BBQ grills and volley ball, and it was all just absolutely fabulous.

The Navy used to discriminate against Filipinos who joined — they could either be cooks or (later) Hospital Corpsman (which is what I was). My Filipino shipmates were teh awesome! All were college-educated and just couldn’t find a decent job in the Philippines, so they joined the US Navy jumping through enormous hoops and overcoming tons of obstacles for the opportunity to possibly die for a country that maybe, just maybe would give them citizenship if they dedicated 20 years of their lives, if not ultimately sacrificing their lives, for their service.

So, one day my dept rented one of the mobile homes and we were barbecuing and sunning and playing volleyball and listening to Countdown to Extinction and Back in Black and drinking and just loving life and then…one of my shipmates pulled his karaoke machine out of his car. Yep! He owned his own personal karaoke machine, and it.was.ON! The only thing I remember with any clarity w/r/t my karaoking was that I sang the national anthem at some point. And maybe some George Michaels. (It is a dream of mine to sing the national anthem at a professional sporting event. Maybe one day.) Karaoke = Joy!

Karaoke. Hm. All I can say is that I was once in a P.M.S. Pinafore with a bunch of firece singers and the local hangout had karaoke every Friday. The locals still talk of it.

I’m not sure it’s intrinsically worse than what Madonna does.

Surely anything that makes a bunch of people want to get up on top of a moving train and do a dance number should be encouraged these days.

@Promnight: Those are great! I’m so proud of Prom Jr. Give him an extra hug from the Stinquers.

@Promnight: Ho, ho, ho! I’ve got the shivers just looking at them. You guys are awesome, because you could not pay me enough to get within 100 yards of that water!

Shoes and skirt must be the same colour.
WTF??? Having these seminars is bad enough, but using them to distribute completely nonsensical fashion advice? Criminal. I can only imagine how the French are mocking this.

@Mistress Cynica: Think of their evening wear. For some reason English women wear frocks that look as if they’ve been made from shower curtains.

@Mistress Cynica: That’s still not as bad as the writer from Glamour magazine who gave a presentation to female attorneys at Cleary Gottlieb in NYC last year and showed pictures of black women with dreds, Afros, and braids and said that was a “Fashion Don’t” and encouraged black women in the audience to straighten their hair in order to look more “professional.”

@SanFranLefty: Oh, I remember that. And she was properly taken to task on Jezebel.