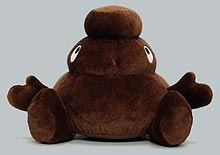 How about a “Broken shards of glass” rectal probe?

2TJ for the price of one/ Last night, went to play pool with some folks I know. A camera crew from Canada City’s version of Faux (CTV) showed up to ask about the current “crisis” on Parliament Hill. One of the reporters asked me and I stated my limited opinion on the matter which was “Harper overstepped his bounds” in a non profane/semi intelligent manner. When he asked me if I wanted to be on the TV, I declined. Partially because I hate seeing myself on TV and partially because CTV is notorious for making the dissenting voice among the “real” Canadians look retarded thru skillful editing.

Also ran into someone who took themselves way too seriously. I don’t know what it is about some IT guys. They got so defensive when you make a little joke at their expense (and to put it in perspective, I made fun of myself and my profession that night.) IT guys are weird, but so are engineers (and I admitted to being weird myself so I’m not throwing weird rocks from a weird glass house here.) But he got his back up and got really pissy the rest of the night. I almost wanted to give him a bit of advice (“People with thin skin shouldn’t play in a world full of knives”) but didn’t.

OK, people, I have registered the domain ourbushlegacy.com. Not sure what to do with it but am open to ideas. As yet I’ve done nothing more than register the name as a reaction to the appalling smirk on w’s hideous face (OK, and… cut to Rove, and… cut to Karen Hughes and… cut to piles of dead bodies… and cut to Code Pink protesters… ) as he rewrites the history of his catastrophic przenintsey.

I’m thinking of something tasteful – it will be hosted at dotMac after all – but, dare I say, pithy. Such as. A repository for the images and sayings of the recent Age of Witches.

Sidebar/ Laura Bush has now entered the full-on drag queen slap applied to her eek of Republican women on the verge of a breakdown. Think Kitty Harris. I only hope she gets her ass to Dallas – what better place to host w’s retirement? – before cracks appear and she starts to shed flakes of Helena Rubenstein Foundation Pale Tan in her vodka.

@ManchuCandidate: You could have gone nuts and had a blast. Harper? Yeah, he’s got the right idea. Suspend parliament, declare martial law and put the PQ rabble in cages in Labrador. Fuckin’ A!

@Benedick: Pictures of dead and dismembered Iraqi kids. Lots of them with reminders that CheneyCo knowingly lied to advance private interests and those paying the price of their perfidy are tens of millions of Iraqis and their kids who may never know a day of peace. Lots of pictures of veteran amputees. Calculation of the increase in KBR/Haliburton’s stock over the last 8 years. Calculation of pricing of oil on the commodities markets. It’s all very cute, the Caligutard chatting with Charles Gibson about his reign of wanton destruction repeating old lies to mask 8 years of non-stop privateering. Maybe the site should ask who will pay for the crimes. Maybe publish an indictment with a petition. Pictures of the gurney in Huntsville.

@FlyingChainSaw: Well, that’s a start. I see you’re getting into the spirit of the thing.

@Benedick: Pictures of the Nuremberg gallows would be nice, too.

@Benedick: Put the video from CNN of soldiers at Fort Campbell, Ky., visibly uncomfortable when Preznit Asshat puts his arms around their shoulders.

@Benedick: Code Pink is one horrible, shrieking legacy of the Bush Administration which will no doubt cause Preznit Unicorn and Nancy Pelosi no end of grief. Sorry, y’all, I think they have a special flavor of teh Crazy. Flame away…

@rptrcub: Well, yeah, you can imagine it from their perspective. The WASP equivalent of the Gambino crime family has taken over the US government and is using them as canon fodder in a privateering (on the domestic front) and bust-out (on the Iraqi front) operation. All your friends are dead, insane and missing multiple limbs from the war so the mobster trying to hug you could make a few more bucks for himself and his friends before retirement. All so festive, so America, the beautiful. It probably took everything they had not to grab his hair, stick a gun in his face and empty the magazine.

@rptrcub: I like the young woman who tries to block him. And he’s eternally the typical legacy frat boy pushing his way to the front of the line ahead of the peons.

rptrcub: Yeah. Code Pink and Cindyists have to be given pride-of-place in our review of the Bush years. Galleries 13-16: How To Be Ineffective — A Survey.

Chew on this: after all we have seen, over 700,000 people still voted for Ralph Nader. There really is a deep undercurrent of crazy on the angels’ side of things.

(BTW: Dubya’s convention speech, where he called out the “Angry Left” to the cheering crowd a thousand miles away? Tee-hee.)

@FlyingChainSaw: @Benedick: I especially like the look of our Sista Souljah on the right — the look like “only a few more weeks…”

Sad thing I heard last night on the EnnPeeArrgh was that the military now is having a much easier time recruiting during these economic times, and that more people are deciding to stay in. Perhaps this also has something to do with a new commander-in-chief coming in who isn’t psychopath.

No, it’s just the teaming hoards of kids living in places with no jobs and no educations to show them other opportunities. Parts of the country are wastelands where there used to be work for skilled labor 30 years ago, so much so that we’re becoming a bargain labor pool for European and Japanese companies. Japanese car companies have been here for decades. Friend who made missile guidance systems and got laid off when the Bush Administration started shifting money out of manufacturing into accounts that were more easily looted by the KBR/Haliburtons of the world is now assembling orthoscoptic technologies and troubleshooting production lines for a German outfit.

@rptrcub: Perhaps this also has something to do with a new commander-in-chief coming in who isn’t psychopath.

@Benedick: There is a wonderful clip of Bush trying to shove his way ahead of Bill Clinton to go through a doorway first, and failing, while Clinton looks at him like he is a turd in the punchbowl.

“Turd in the Punchbowl.” Thats really what Bush is, isn’t it?

@FlyingChainSaw: I have become convinced that this recession/depression is just fine and dandy with Bush and The Carlyle Group and the Banks we are bailing out and the rest of the wealth. For years they have been exporting jobs to places where people are desperately poor and will work for nothing, and the government is desperately corrupt and will let them do anything. This little economic crisis now allows them to import poverty to the US, so thr workers here will be as desperate as those in Borneo.

They started moving their businesses to third world countries where the average people are desperate and will work for starvation wages, where corrupt governments let them do whatever they want, and they saw this was A GOOD THING. And frankly, I don’t think they mind a nice devastating depression that will make the average american a little more tractable, more likely to be happy with any job, any wage, and forget the environment, worker safety, anything else.

Arbitrage tends to level things. Our economy for 30 years has been based on arbitraging labor rates in different countries, even within one country (how many auto plants built in Tennessee and Alabama lately?), now comes the international levelling. Globalism and free trade means that sooner or later, we will all be making the same wage, the world over. Its good for the workers in Indonesia, I guess, but for the US, which used to be the richest country in the world, maybe not so much.

@Prommie: Retarded guy with FAS used by organized crime to advance a bust-out scam on the US and Iraq that resulted in the death, dismemberment and dislocation of millions. I guess you could start there.

@FlyingChainSaw: “Hordes,” sir. And, I notice now, “teeming” as well. As a fan of Ask Cecil, one learns that phrase.

@Prommie: When he was secretary of the treasury, Mellon, thought the depression was the perfect vehicle to break labor and teach moral discipline to a dangerously entitled middle class. The strategy has a proud and long tradition in the US.

@Prommie: Sorry, talking on the phone and watching the clock has me writing by ear.

Time for “It Pays To Increase Your Hobo Word Power:”

California blanket – newspapers, used to sleep under
bums on the plush – the idle rich
ding bat – a dreg of vagrantdom; mooches off other hoboes
ticket – a piece of wood placed over the rods for hoboes to sit on
stye bum – a tramp or bum who winters in jail
summer birds – tramps and hoboes who go south for the winter
spear biscuits – to retrieve food from garbage cans
jocker – a) an experienced hobo who taught minors that way of life b) the relationship was often sexual
louse cage – a hat
shirt rabbits – lice

@Prommie: Interesting. You need to do a “spear biscuit” post on Hippo.