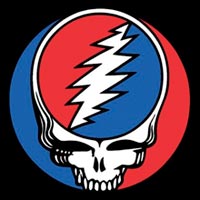 Sen. Lindsey Graham (R-S.C.), one of McCain’s closest allies, said on CBS’ “Face the Nation” that the Arizona senator was weighing a plan “along the lines that now is the time to lower tax rates for investors — capital gains tax, dividend tax rates — to make sure that we can get the economy jump-started.”…

Graham said the campaign would discuss a plan Sunday, and he expected McCain to offer “a very comprehensive approach to jump-start the economy by allowing capital to be formed easier in America by lowering taxes.”

Aides to Sen. McCain said no decisions have been made about whether to propose significant new initiatives or what options would be most effective, but they said he will remain focused on the economy.

Despite signals that Senator John McCain would have new prescriptions for the economic crisis after a weekend of meetings, his campaign said Sunday that Mr. McCain, the Republican presidential nominee, would not have any more proposals this week unless developments call for some.

Years from now it’ll be said that if you remember McCain’s campaign, you weren’t really there.

That’s an economic plan I can’t believe in.

John S. McCain III has pretty much shit all over the legacy of the McCains much like W has shit all over the Bushes. It be best that PG retire and enjoy spending Cindy’s money because he’ll never be taken seriously again on any political level.

Not much for W to shit on … HW gave us Clarence Thomas and legions of other ignorant judges, and don’t forget Neil the thief. Then there’s Jeb – had a hand in the 2000 “win” but, with luck, he’ll remain the small shitstain on the underwear of humanity that he is.

@blogenfreude:
I didn’t say it was a good legacy. The real legacy of the Bushes is the ability to get elected to change the laws to benefit themselves.

Prescott: 1933 attempted overthrow of FDR, Senator from Conn in the 50s and 60s (electing asshole senators to be a tradition of sorts in Conn)
HW: deregulated financial and energy concerns especially those involving the infamous Carlyle Group or anyone involved in Texas energy.
W: you know.

Aside from Florida and the odd hiccup from Tejas, I suspect that the Bush poltical dynasty is pretty much over. Cry HW, cry.

@ManchuCandidate: My contention is that we should pass a law saying that George P. Bush and all the rest of those shitheads are prohibited from running for public office and from operating anything more complicated than a toll booth. I am so sick of those stupid fucks.

@blogenfreude:
You, me and the rest of the world.

I just wish that ruining a political dynasty was a lot cheaper in blood (regular folks not their satanist blue blood) and gold.

@ManchuCandidate: Come to think of it, I don’t even want them near tollbooths – to easy to engage in graft.

Shit, you are shortchanging Poppy, who was an integral part of the Bay of Pigs fiasco, during which time he forged his enduring alliance with the Miami Cubans, who were the ones that backed his shit-stain of a son Jeb, who started out as Kleagle of the Dade County republican Klavern. But thats all nothing, it was Poppy’s involvement in the assasination of Kennedy, which was all about CIA hawks and the Bay of Pigs, that is the legacy of the Bushes, generations of coups and assasinations, at home and abroad.

“…lower tax rates for investors — capital gains tax, dividend tax rates — to make sure that we can get the economy jump-started…”

Yes. Americans deserve a tax cut — but only if they throw their savings into the stock market. I mean, yes — the markets at all-time lows represent a buying opportunity. Just ask DJ Fatboy (“Calgary Southwest in tha house!”) up north. But, really now.

Seriously: in order to help you, Mr./Mrs. Main Street American, we will give you capital gains tax cuts. Of course, those millions of you who ditched out in order to save your own skin are taking a capital loss, so you will get squat from our new, wonderful plan. But daytraders and speculators will be able to take on some well-deserved cash.

How can something sound really good and fucking tone deaf at the same time?