Stinque
Home Latest Comments Log in
If it smells, we’re on it.
Stinque
Cassandra was right.
Talibunny

Straight Talk We Can Believe In, My Friends 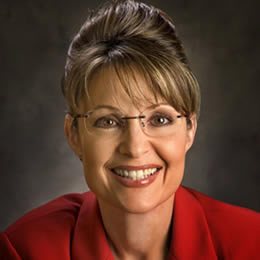 No, this is not from the Sarah Palin quote generator – it’s real:

Couric: What other Supreme Court decisions do you disagree with?

Palin: Well, let’s see. There’s, of course in the great history of America there have been rulings, that’s never going to be absolute consensus by every American. And there are those issues, again, like Roe v. Wade, where I believe are best held on a state level and addressed there. So you know, going through the history of America, there would be others but …

Couric: Can you think of any?

Palin: Well, I could think of, any again, that could be best dealt with on a more local level. Maybe I would take issue with. But, you know, as mayor, and then as governor and even as a vice president, if I’m so privileged to serve, wouldn’t be in a position of changing those things but in supporting the law of the land as it reads today.

More of the Palin horror show after the jump.

The McCain-Palin campaign recently clarified Gov. Sarah Palin’s (R-AK) remark from last week that “Putin rears his head and comes into the airspace of the United States of America.” The campaign told CBS News, “Russian incursions…inside the air defense identification zone have occurred.” But as the Associated Press reports today, no such incursions have occurred ‘in recent years’:

The air defense identification zone, almost completely over water, extends 12-mile past the perimeter of the United States. … However, no Russian military planes have been flying even into that zone, said Maj. Allen Herritage, a spokesman for the Alaska region of the North American Aerospace Defense Command, at Elmendorf Air Force Base. “To be very clear, there has not been any incursion in U.S. airspace in recent years,” Herritage said.

Oh please let Gwen Ifill ask her about this ….

If Biden blows it tonight, he should be shot.

For tonight I would suggest a drink every time she utters a coherent sentence, but I’m afraid I’d be entirely too sober for the evening’s entertainment.

@Pedonator: I’m thinking every time she uses the word “evil”, but I can’t chance being sober for any of the damn thing.

@Pedonator: Brilliant suggestion for those of us who must turn a deaf ear to the siren song of Alcohol. It will be a feature of tonight’s entertainment, not a bug. “Follow this simple rule, and tonight’s debate will be 100% safe for teetotallers and recovering alcoholics!”

My ADD brought me to Sandra Geisel today, only because her mugshot looks so much like Heather Locklear’s recent one: http://photos1.blogger.com/blogger/4501/1399/1600/geisel4.jpg

@lynnlightfoot: This campaign and election, not to mention the last eight years, has to be the most severe challenge to anyone’s sobriety — I salute you!

Who was it (Nojo, FCS, Prommie) who said yesterday that Gwen just needs to ask the question, “How old do you think the earth is?” and let it rip.

@SanFranLefty: Also: “Where do the souls of our puppies and kitties go when they die?”

@Pedonator: If she responds with “they go down to the lake of fire and fry“, Palin’s got my vote!

@nabisco: @Pedonator: Would I be showing my age to admit that I only know the Nirvana version of that song?

@mellbell: Yes, but in a good way. Kurt did the Puppets justice, and they were pretty much peers except in the fame department anyway.

ADD: now that they’re clean and sober, you can catch the Meat Puppets on tour again, and they are still totally awesome.

Looks like Sarah will have her hair down tonight, to cover the earpiece they will be using to feed her lines.

First dude still has that ultra-douche-y fucking machfratathlete facial hair shit, won’t someone tell him, its right there with a mullet?

Oh, and she brought the tard baby, too, probably going to breastfeed it during the debate.

@Prommie: Aww Jeez. I have to go self-flagellate for LOLing. YOU! Promnight!

@Prommie: Will she make a rookie’s mistake in overreaching and go for the full retard?

While hoisting her own retard?